Welcome to Harmonia Uncut, the podcast that invites you to early music performances you may have missed with your host, Wendy Gillespie. Strap yourself in and hang on, folks, we’re going to New York City.  The year is 1980 and the venue is Corpus Christi Church on 120th Street near Columbia University, where an early music series had recently begun, started by the church’s organist and choir director, Louise Basbas. One of the early board members of Music Before 1800 - full disclosure, that same early board member is your host - had heard tell of a fabulous British vocal ensemble and urged that the Hilliard Ensemble be engaged by the series for its New York City debut.

Four Englishmen clad in what I believe they called “dinner jackets” (colored velvet jackets) strode into the chancery of Corpus Christi, and this was the first thing we heard:

As the sound settled at the end of that anonymous medieval English Gloria, we picked up our jaws.  Even now, your host enjoys a vivid, visceral memory of sitting in the loft of a sold-out Corpus Christi that afternoon, absolutely knocked sideways by this opening. The concert was the last on the Hilliards’ first U.S.  tour; they had performed this program of British music of six centuries many times, and goodness, the performance was tight!

The concert continued, and we were treated to a deceptively cheerful anonymous rondellus - listen to the Latin rhymes that are brought alive by the hocket - the “hiccups” on offbeats, as it were - and the bouncy rhythms:

Wow - jolly stuff, what? - oh, wait, the text is a plea for help to Thomas from a cleric several hundred years in the future. Maybe not exactly the text one might have imagined, but a truly memorable performance.

The program edged forward chronologically to the early renaissance and the stunning motet Veni sancte spiritus of John Dunstaple:

The King’ s Singers were already well-known and sang all sorts of music, including early repertory, but not this early. The Ensemble Sequentia specialized in ever earlier monophony, veering away from polyphony. Again, this was something different.

Thanks to long-time volunteer recording engineer of Music before 1800, Michael Hesse, we are listening to the first concert that the Hilliard Ensemble gave in New York City, in 1980, and that was John Dunstaple’s Veni sancte spiritus.

Early music was still a weird enough thing to do in concert that ensembles tried to reach out to their audiences to make human contact. As the program crept forward, we were delighted by this introduction to an anonymous Scottish song, not to mention by its subsequent performance:

Ah, we do love those English accents…We heard the introduction to and performance of the anonymous Scottish Plow Song by the Hilliard Ensemble in 1980. Early pronunciation was quite new to early music performance, as was including nineteenth-century repertory in an “early music” concert, especially on a series called Music before 1800! Add to that the tuning, the ensemble skills, the fascinating combination of characterful individual voices making wonderful music together without trying to disappear into a corporate ensemble sound - the afternoon was an absolute revelation!

And from the farmer’s field to the battlefield, the quartet surged forward fearlessly:

We’ve been listening to excerpts from the New York City debut of the Hilliard Ensemble in the spring of 1980 at Corpus Christi Church, the early days of both the ensemble and the concert series Music Before 1800.

The Hilliard Ensemble garnered international fame and fortune from their hugely successful collaborations with the saxophonist Jan Garbarek. They toured the world and recorded extensively, disbanding in December 2014 after 41 years. Members came and went, but countertenor David James was a Hilliard for the ensemble’s entire existence, which must in itself be some sort of record. This program was taken from a cassette tape recording - I’m not kidding - found amongst her effects by your host, and one of the original members of the Hilliard Ensemble very kindly gave me his permission to share this treasured artifact.

Wouldn’t it be fun to hear more concerts from the early days? Do by all means share your thoughts about this podcast. You can find Harmonia on Facebook, or leave a comment or question any time by visiting harmonia early music dot org.  This has been Harmonia Uncut, and I’m Wendy Gillepsie, thanks for joining me. 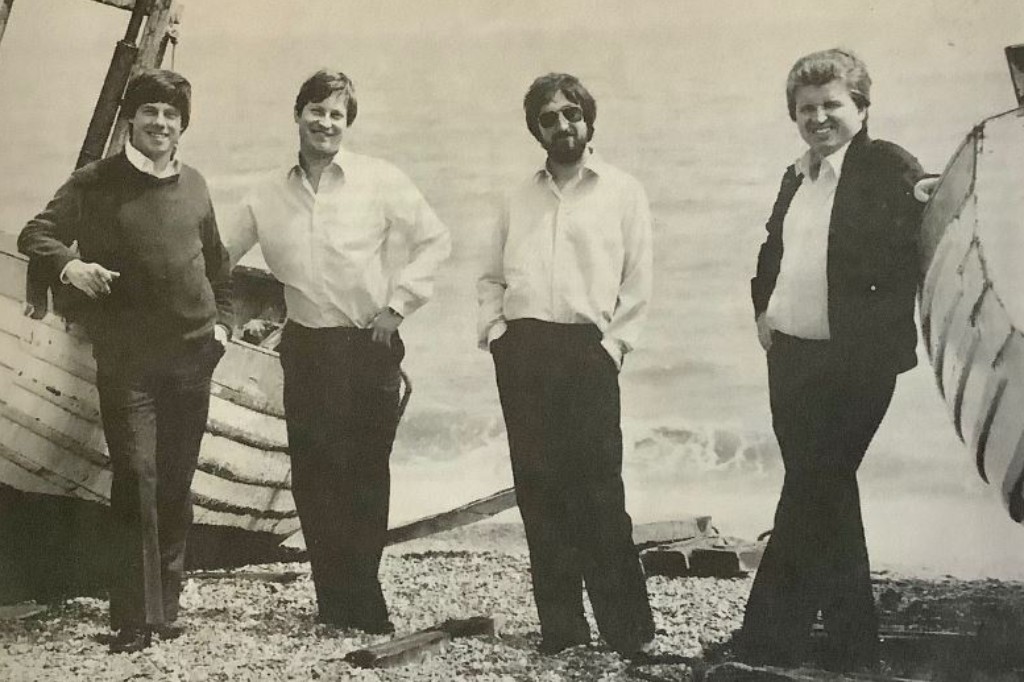 Unearthed in a monumental housecleaning, a cassette tape of the very first concert that the Hilliard Ensemble gave in New York City in 1980 has magically surfaced. The ensemble was young, as was the series on which they were performing - Music Before 1800 - and the volunteer enthusiast recording the series was forever experimenting with equipment and techniques. By today’s standards, the recording itself leaves a lot to be desired, perhaps, but we hope you’ll agree that the performance itself more than makes up for the somewhat primitive recording.