The Curious Case of Alexander Agricola

Welcome to Harmonia . . . I’m Angela Mariani. There’s a great deal that we don’t know about the fifteenth-century Flemish composer Alexander Agricola, but we do know that Agricola is not the name he was born with. We also know that he composed untexted music with thought-provoking titles like, “The blind person cannot judge colors,” and that some of his music sounds like written-down improvisation. Curious? This hour, we’ll hear secular song and instrumental music from the wacky world of Alexander Agricola. Then, we’ll sample the melodies of one of Agricola’s biggest influences in our featured release, “Johannes Ockeghem: Complete Songs, Volume 1,” performed by Blue Heron.

Our composer of the hour is the fifteenth-century south Netherlands composer Alexander Agricola. As for his dates, well…his death date is clear: whilst on an ill-fated voyage to Spain, he caught something called the “raging fever” (febris fervens) and died on August 15, 1506. When he was born, however, is somewhat more unclear.

Alexander was one of two illegitimate sons of a successful Belgian businesswoman and an administrator from Ghent named Heinric Ackerman. But there is only one payment on record to “Alexander Ackerman,” and other archival evidence pretty much always refers to him as “Alexander Agricola.”

So when and why did young Alexander decide to go trans-nominal? The German word, “Acker,” sounds like the English word “acre”, and it means “field.” So, an original Acker-man was likely to work in a field – perhaps as a ploughman or even as a farmer. And the Latin word for farmer is—guess what-- “agricola.”  Alexander worked all over Italy and France during his career, so it would be understandable for him to Latinize his name for the sake of either his career, or just simplicity.

Let’s begin with an untexted piece by Alexander Agricola entitled “Pater meus agricola est,” now that we have a real inside line on the title, which translates literally as “My father is a farmer.”

Fretwork performed Agricola’s Pater meus agricola est on its 2007 Harmonia Mundi recording entitled Agricola Chansons. Far from the standard rondeau or virelai of the composer’s day, this is a through-composed piece full of activity and contrast.

There seems to be reason to think that Alexander was a fiddle player. Whether played on the arm or the leg, the fiddle of his day was strung with plain gut strings, not wrapped in metal as it is nowadays; and a big fat plain gut string played with a bow is a very different animal from one that is covered in silver or copper. Some players will describe the sound as having more “chiff” at the beginnings of notes; others describe it as “funkier” than usual viols.

See whether you can hear what I mean in this setting by Agricola in 3 voices of the well-known tune Tandernaken. Lots of composers added voices to this tune, and one imagines it would have been an important part of a renaissance jam session. Agricola gives it a pretty funky bass part if you really listen, especially at the end…

Let’s move from 3 to 4 parts –to a piece that does have words—Alexander’s most widely-distributed song, found in 14 sources: Je n’ay deuil.

Its text is not a happy one - “I am not grieved, except because I am not dead. Should I not wish to die? Grief, which takes from me the comfort of all good things, Aims to seize my heart.” And so on. In the throes of suffering along, you might be able to hear that the piece has two musical parts that repeat in a pattern that defines the rondeau of the 15th Century, both a poetic and a musical form.

Alexander Agricola’s most widely circulated song, Je n’ay deuil, was performed by Graindelavoix on their CD Cecus : colours, blindness, and memorial : Alexander Agricola and his contemporaries, released in 2010 by Glossa.

Welcome back. We’re listening to music of fifteenth-century composer Alexander Agricola. Here’s one of his song settings, performed a cappella. It’s worth remembering, here, that the line between instrumental music and vocal music isn’t simply the presence or absence of text. This song could certainly be performed by one voice with instruments, or all instruments--but then of course you’d miss the words. Like Je n’ay deuil, which we heard a few minutes ago, En attendant is in the poetic and musical form of a rondeau, but its text is somewhat cheerier--more along the lines of“While I await my lady’s favor, I shall be loyal, heart, body and soul  / and as long as I shall live I will serve no other…”

Many of Alexander Agricola’s untexted pieces are based on well-known tunes of his time. He set some tunes several times, and even wrote tune-based masses. Let’s listen to his settings of the tune Comme femme descomfortée, as interpreted by different performers. First, a very unusually scored 2-voice setting of Comme femme desconfortée, played very cleverly indeed by three instruments. One is the slower part, the tenor line of the original chanson: the other part – well, see what you think.

I can just imagine a 15th-century musician hearing someone playing that tune and deciding to play along. From their 2012 Carpe Diem CD Mundus et musica : instrumental music in Spain and Flanders circa. 1500, that was the ensemble Qualia, performing Agricola’s 2-voice Comme femme desconfortée. Next . . . let’s see whether you can hear that slow-moving tenor line again, now sandwiched between two imitative playful voices, this time all on recorders.

That was Ciaramella, Adam Gilbert, director, interpreting Alexander’s three-part setting of Comme femme desconfortée on their 2009 Yarlung Records release, Music from the Court of Burgundy.

Here’s a four-voice setting of Comme femme – can you still make out the tenor line? It remains the same through all three pieces, though the effect is very different, both because of the number of parts-- and, the performers’ overlay on the music. In this setting, notice how the Comme femme tenor line, in triple time, plays against the three other parts that remain insistently in duple time.

To end our exploration of Agricola, here is a 6-part setting of one of the best-known tunes of the day, Fortuna Desperata.  Three faster parts have been added to the original, sounding as though a few 15th-centry jazzers wandered in, heard the tune, and grabbed their instruments … Let’s hear Busnois’s original song first, then more or less the same three parts, to which three more have been added, a setting that has been attributed to Agricola.

For our featured release this week, we turn to one of the most celebrated musicians of the fifteenth century, who happens to be one of Alexander Agricola’s biggest influences: Johannes Ockeghem. His surviving works include two dozen songs that craft French lyric poetry into beguiling, interwoven melodies. In 2019, Blue Heron released the first in a new series of recordings of these songs…of which we’ll sample two: Aultre Venus estes sans faille and S'elle m'amera.

Harmonia is a production of WFIU. Support comes from Early Music America which strengthens and celebrates early music by supporting the people and organizations that perform, study, and find joy in it... at EarlyMusicAmerica-DOT-org. 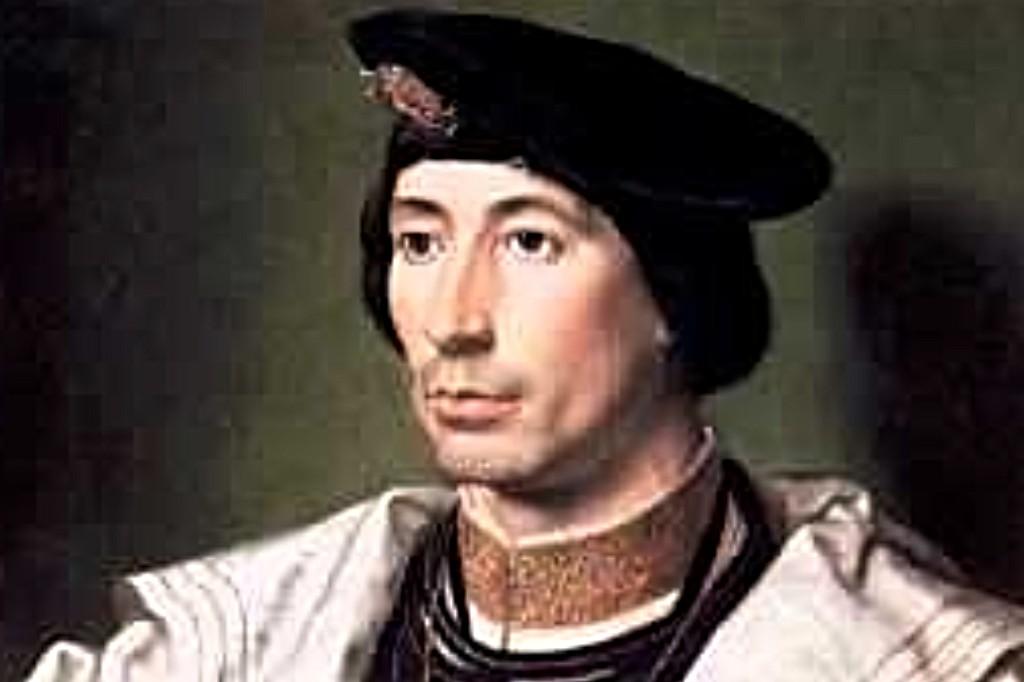 There’s a great deal that we don’t know about the fifteenth-century Flemish composer Alexander Agricola, but we do know that Agricola is not the name he was born with. We also know that he composed untexted music with thought-provoking titles like, “The blind person cannot judge colors,” and that some of his music sounds like written-down improvisation. Curious? This hour, we’ll hear secular song and instrumental music from the wacky world of Alexander Agricola. Then, we’ll sample the melodies of one of Agricola’s biggest influences in our featured release, “Johannes Ockeghem: Complete Songs, Volume 1,” performed by Blue Heron.