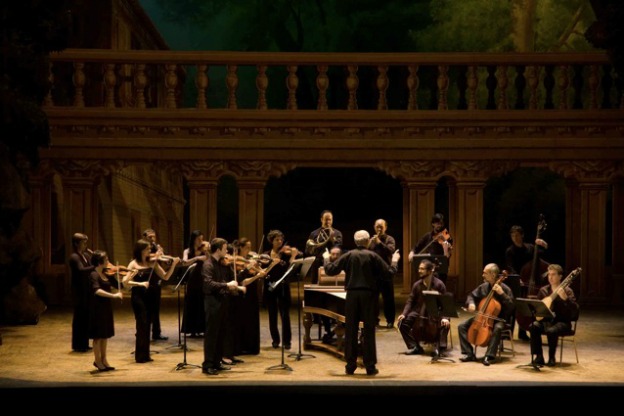 Today on the podcast we're featuring two CD’s released in 2012.  Each one includes music never before recorded.

A Centaur Records release titled “Sounds from the King’s Chamber" presents Duo Kirchhof...the duo being Martina Kirchoff on viola da gamba, and Lutz Kirchhoff on lute...playing music by composers such as Gottfried Meusel, Sylvius Leopold Weiss, Karl Friedrich Abel, and Adam Falkenhagen. All of these composers, at one time or another during their lifetimes, served at courts scattered around Germany, England and Poland. But it’s specifically the music of Gottfried Meusel that we’ll listen to on the podcast today, since Duo Kirchoff has for the first time given listeners a chance to hear these Meusel compositions in recorded form.

Born in 1688, Muesel unfortunately didn’t have a long life. He died at the age of only 41 after an accident on a horse. But during his short time, he worked at the Zeitzisch court until it dissolved, then headed to Nuremberg into the service of Countes Von Bollheim, leaving behind several compositions, that, in their unaffected simplicity, evoke a wonderful sense of playfulness and pleasantry.

Some other ‘firsts' are heard in a recording titled “Hidden Handel." Released by the naïve label in 2012, the disc features mezzo-soprano, Ann Hallenberg and Il Complesso Barocco, conducted by Alan Curtis. About half of the arias on this CD are recorded here for the first time, so even if you are already a Handel aficionado, you’ll likely not be familiar with everything on this disc.

Most of the so-called “hidden” arias that this recording brings to light were composed as replacement pieces to be re-inserted into an already existing opera—perhaps to accommodate different singers or a change of cast in a repeat production.

There’s much to explore on this disc, and besides that, the way the CD is programmed is very appealing for listeners. Just when you think you might need a change of pace from the admittedly incredible voice of Ann Hallenberg singing Handel arias, the orchestra sneaks in for a few palate cleansing numbers of their own that highlight particular wind and string sounds. While the disc does include a never before recorded D Major march, my favorite among these catchy little instrumental pieces was the aria for winds in f major.