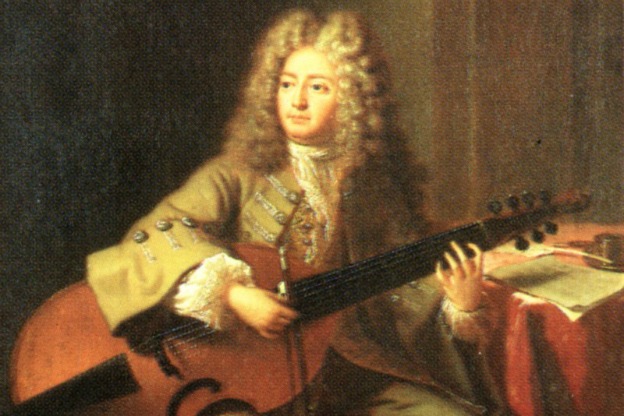 Welcome to Harmonia. I’m Wendy Gillespie sitting in for Angela Mariani, and inviting you to join me for the next hour, as today’s performers of medieval, renaissance and baroque music bring to life the music of the distant past.

Coming up, we’re exploring the musical bonds between students and teachers. Those who learn and those who teach share a love of their craft and have relationships that can be intimate or fraught.  We’ll explore music by three different student-teacher pairs from across the centuries. Plus, our featured recording explores viol music of Marin Marais.

“Those who can’t do, teach.” It’s a nasty saying, and in the history of composition, it’s false.  Renowned composers often doubled as renowned teachers, creating their own masterworks while fostering creativity in their students.

One such composer/teacher was the Englishman Thomas Tallis, who served two kings and two queens as a musician in the Chapel Royal. Tallis developed a close relationship with his most successful student, William Byrd. Tallis stood as the Godfather to Byrd’s child, and the two composers went into the publishing business together.

They were more successful on the page than off: their business tanked, and the two had to petition Queen Elizabeth I for extra income. She must have been pleased with their music, if not their publishing savvy, because she deeded the two men a large chunk of East Anglia.

We’ll hear a piece by Tallis from his ill-fated venture, the five-voice motet In Jejunio et Fletu, sung by the vocal ensemble Alamire. The sacred text is penitential, saying “In fasting and weeping the priests prayed: Spare, O Lord, spare thy people, and give not thine inheritance to perdition.”

Tallis and his student, William Byrd, may have shared more than a love of music. Byrd’s Catholic faith was uncomfortable in Elizabethan England, and both Byrd and his wife were accused of the crime of recusancy—or failing to attend Church of England services! Tallis, too, may have been Catholic, though both student and teacher used political savvy to stay on the right side of their Protestant patrons.

But all Byrd’s political skill didn’t prevent him from being suspended, at one point, from his post at Lincoln Cathedral. Byrd’s sin? His extended organ playing, which was judged to be “too popish.”

In many teacher-student pairs, the student eventually becomes a teacher in turn, passing along his or her hard-earned knowledge. Among William Byrd’s students was Thomas Morley, who dedicated his treatise A Plaine and Easie Introduction to Practicall Musicke to his mentor.

In his early works, Morley tried to imitate the dense interweaving of voices so beloved by Byrd.  But he eventually settled into his own aesthetic—a style both plainer and easier.

Let’s hear a rendition by The King’s Singers of Thomas Morley’s “Now is the Month of Maying” – a joyful departure from the music of his mentors.

Teachers can have enormous influence…but sometimes students get the last word.

A student’s writings offer one of the only glimpses we have of the life of sixteenth-century composer Adrian Willaert. Gioseffo Zarlino, who studied with Willaert, wrote that Willaert arrived in Paris as a young man intending to study law but instead found his way into music.   Willaert went on to have a successful career composing, playing, and, especially, teaching in Venice and other Italian cities.

Zarlino may have been Willaert’s best record-keeper, but he wasn’t the composer’s only disciple.  A “Willaert Circle” formed around the master in Venice, as Willaert guided many of the most influential Italian composers of the day.

Sometimes it’s tough to select the right teacher. But in other times and places, there’s only one real option. And so it was in late seventeenth-century Paris, where Jean-Baptiste Lully was busy amassing a musical monopoly. After a rival was sent to debtors’ prison in 1669, Lully agreed to pay off the man’s debts if he transferred to Lully the sole right to produce operas. By 1673, Lully was in charge of all musical undertakings employing more than six instrumentalists and two singers!

Lully became such a powerful musical force it was difficult to imagine a young Parisian composer studying with anyone else! Marin Marais, a viola da gamba virtuoso, studied composition with Lully and, like his teacher, tried his hand at composing opera. But Marais never forgot his first love, the viol, and he kept circling back to his favorite instrument.

But as students do, he was looking forward as well as back. Cahos, the opener from Rebel’s dance suite Les Elemens, featured harmonic lurches and dramatic flourishes unlike anything Rebel’s famous teacher could have imagined.

We return to one of Lully’s students in our featured recording.

In his 1728 obituary, Marin Marais was eulogized as the composer whose death “all viol players infinitely regret.”  Today, viol players cherish Marais as one of their own: his music is an integral part of their repertoire.

This recording features a prominent 17th-century instrumental genre, the dance suite.  Like all things at the court of the Louis XIV, dance was governed by a complex set of rules that reflected the rigid social hierarchy of a court ruled by divine right. Dance music transcended its original purpose, and collections of instrumental music, whether or not they were intended to be danced, tended to be published in suites consisting of standard dance forms.

The writers for this edition of Harmonia are Anne Timberlake and Elizabeth Clark.