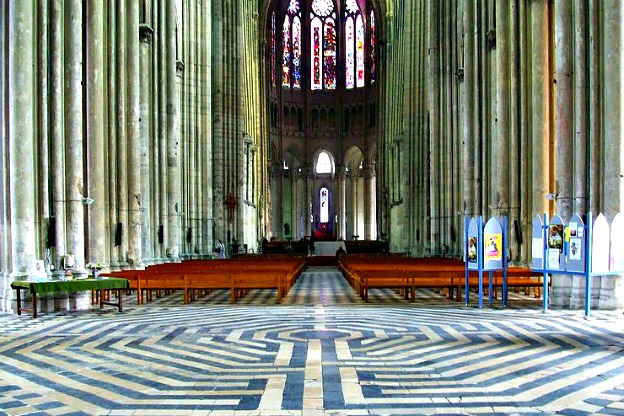 And here’s a little-known sidelight on Peter Phillips - in 1995 he became the owner and publisher of The Musical Times, the oldest continuously published music journal in the world, having existed since 1844!

Jean Mouton (“mouton,” by the way, is the French word for “sheep”), is not as well known today as his contemporary Josquin des Pres, but in his own day he was often compared to Josquin on account of his virtuosic compositional technique. Without going into detail about which I am completely unqualified to go, perhaps we can just say that whether you’re talking range of expression, mathematically based composition, making the sweetest, simple, but beautiful sounds at the same time as rigorously following all the rules of counterpoint, Mouton is brilliant!

Here’s an example: an excerpt from one of Mouton’s settings of the text “Hail Mary full of grace.”  This version has an expanded text from the prayer that Catholics know. Listen to this part, where the text uses the rhetorical device known as anaphora, the repeat of the same words at the beginning of successive clauses, with words “O Maria.”  Mouton shifts from duple to a gentle triple every time the phrase arises, very softly but effectively, then back to duple for the rest of the phrase.

Another masterpiece of Mouton is the lament on the death of Queen Anne, the wife of Louis XII. Mouton was already employed in her chapel when she married Louis, so moved to the French court then, and stayed there for the rest of his life.  This is a ceremonial, official motet, very dignified and uncomplicated, but still very moving.

And then there is the Mass for which the disc is named, based on a song by Loyset Compère, who Mouton probably replaced as a canon of St. Quentin.  An extraordinary moment in this mass is the second of the three Agnus dei’s, which is set for three basses.

That is not the sort of sound one hears every day!  It makes me wonder whether there was something in the water that gave the Franco-Flemish composers wonderful bass voices for whom to make gorgeous and unusual music!