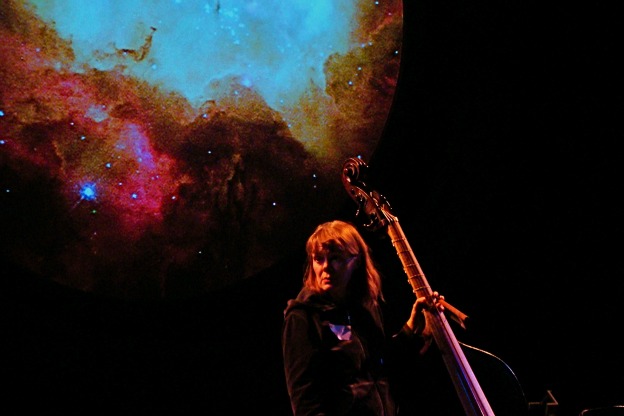 A Listener’s Guide to the Renaissance Consort: Vihuela

A consort combines different sized instruments of the same family or mixes instruments from different families.  On this edition of Harmonia, as part of an ongoing exploration of the renaissance consort, we’re focusing on the vihuela.

The vihuela is a small, guitar-like instrument that flourished in Spain, Italy, and Portugal during the 15th and 16th centuries.  In the 15th century, the vihuela became an especially popular instrument in Spain, rivaling other contemporary stringed instruments, such as the lute and harp.

The vihuela was distinct from the guitars played in the renaissance and baroque periods; and ironically, many believe that it was the vihuela that strongly influenced the construction of the modern guitar.  Although typically plucked, some players chose to bow upon their vihuelas, a practice that helped spark the development of the viola da gamba.

Tafelmusik Baroque Orchestra in Toronto, Canada, has been a leading advocate of historical performance for over 30 years. In 2012 the Orchestra released a CD and DVD of a concert about baroque astronomers. The Galileo Project combines music, words and images from a variety of sources including pictures from the Hubble Space Telescope, words from music treatises and poetry, and music from some of the greatest composers of 17th and 18th century.

“The process of constructing a program like this is kind of a long one, as you can imagine. Writing the text and choosing the music has to go hand in hand. And then as it gets woven together you want it to have a sort of inner logic. And in looking for places of intersection between music and astronomy – there aren’t that many obvious ones. There isn’t a lot of baroque music actually about astronomy. There’s a wonderful aria from Handel Sampson about a total eclipse, and there are a few instrumental pieces about comets. There’s some wonderful music by, of course, by Galileo’s own family because they were famous lute players and composers in their own time. But apart from that you had to use a little bit of reading and imagination to think about how to construct a whole program, and so the points of intersection I found were, first of all, the idea of The Music of the Spheres, which of course was very current at the time-the idea that celestial bodies emitted their own music and when the world was, or the universe was in harmony with itself that those bodies were in harmony. And that’s a concept most beautifully and in detail expressed by Kepler in his Harmonia Mundi, and in places in Shakespeare—there’s a beautiful speech in The Merchant of Venice where Lorenzo talks about the patterns of bright gold in the sky, and that’s the narrations which begins the concert. Then there’s a section about music from Galileo’s Italy, in Northern Italy from his time, and of course, musicians he would have known and who would have known his father who was very involved in the Florentine Camerata and the beginnings of opera, And we have the wonderful lute player Lucas Harris playing with us, and he plays a beautiful toccata by Michelanglo Galilei, Galileo’s younger brother.  And Lucas kind of takes on the persona in the way of Galileo himself. He’s portrayed as comforting himself by playing the lute.”

The idea for this celestial-themed project came from one of Tafelmusik’s longtime subscribers, John Percy, an astronomy professor who happened to be on the planning committee of Canada’s International Year of Astronomy. In 2009 that organization celebrated the 400th anniversary of Galileo’s first use of the telescope.  In addition to Percy’s suggestion, it had been Allison Mackay’s long-standing dream to create a production with some theatrical staging and lighting design that wouldn’t be degraded by lights on music stands. Well, of course, this meant that the Orchestra would need to perform the entire concert from memory!  Here, Allison talked about how that idea was received by her colleagues:

“Of course, as musicians we memorize from time to time, soloists have to memorize, and as children we memorized our piano recitals, but that’s not the same as memorizing an inner viola part in a Handel concerto grosso like that, which doesn’t necessarily have very much inner logic.  From the beginning there were some people who were very, very enthusiastic; and some people were not surprisingly very nervous about it.  I mean, some people find it much easier to memorize than others. I know for my own part, I’ve always thought of myself as someone who can memorize easily, but then it came to – I play the double bass in the orchestra – when it came to memorizing all of those bass parts, it was a huge piece of work. In the end, the orchestra took it on, on their own time, but it was just amazing, we would be travelling on tour, and we would have these things called “playdates,” where people even in twos and threes would get together to practice their memorization.  And there was just a kind of excitement about it.  I think, in a way, you really felt like real musicians. Like people around the world who don’t need to play from music or who are playing from a very long tradition. And so it gave us a lot of freedom. So there’s been a lot of enthusiasm about that.”

Tafelmusik released a CD and DVD of The Galileo Project on its own label, Tafelmusik Media, in 2012. The Orchestra’s next special, multi-media program called House of Dreams, focuses on baroque paintings and will begin touring in the spring of 2013.

Click here for an extended interview with Allison Mackay.

Our featured release recalls the town of Hamlin, Germany in the year 1284.  Remember the legend of a pied piper who rid the town of its calamitous rat infestation?  After being denied compensation for his service, the piper lured Hamlin's children away with beguiling music, never to be seen again.

In this 2012 recording, flautist Norbert Rodenkirchen follows the trail of the Pied Piper, reconstructing pieces similar to those the piper may have played.

Rodenkirchen draws on a wealth of sources in this musical portrait of the Pied Piper: melodies by Prince Wizlaw III of Rügen, Slavonic dances, and songs by minnesingers.  As in his work with the ensembles Sequentia and Dialogos, Rodenkirchen’s organic, improvisatory approach, lends a fresh perspective to works far removed in timefrom our present day.