Many composers wrote their most well-loved works in the autumn of their lives. Several last works were never completed—left unfinished forever, or finished later by a student, relative, or scholar.  This hour, we’ll listen to several swan-songs from the Renaissance and Baroque era. On a somewhat related topic, our featured release is the recording Remember me, my dear, a collaboration between the Hilliard Ensemble and saxophonist Jan Garbarek, recorded during the Hilliard Ensemble’s final tour in October of 2014 and released in 2019.

Contrapunctus IV from Johann Sebastian Bach’s Art of Fugue, arranged for strings and winds. That was the Berlin Akademie für Alte Musik. We’ll hear more from Bach’s last work later this hour, as we learn about the surgery that probably led to his death.

Leonardo Da Vinci noted that “the swan is white without spot, and it sings sweetly as it dies, that song ending its life.” This hour, we explore those swan songs—planned and unplanned; finished and unfinished—of Schütz, Bach, Lully, and Agricola.

Towards the end of his life, Heinrich Schütz became weak and suffered significant hearing loss. He wrote an eight-voice work in 11 parts, designating it his “Swan Song,” or Schwanengesang. Several of the pieces were later performed at the composer’s funeral. Here is Heinrich Schütz’s setting of Psalm 119, “My soul longs for your salvation,” from his Schwanengesang.

We heard a setting of Psalm 119, “My soul longs for your salvation,” by Heinrich Schütz. That was from his final work—Der Schwanengesang; The Hilliard Ensemble, Knabenchor Hannover, and London Baroque were led by Heinz Hennig.

Of course, many composers died of “not completely natural” causes. Bach’s death was possibly brought on by complications from eye surgery. The surgeon, British self-promoter “Chevalier” John Taylor, was later exposed as a charlatan. The writer Samuel Johnson was not a fan, saying that Chevalier Taylor was “an instance of how far impudence may carry ignorance.” Although he apparently blinded hundreds of patients, before each surgery, Taylor gave long, self-promoting speeches heralding miraculous recoveries and past successes of his work.

We’ll hear music from Bach’s late work, The Art of Fugue, written in the last decade of his life. While some argue that this work was written for keyboard, other ensembles over the years have interpreted this unfinished manuscript for several combinations of instruments—from period winds and strings to modern piano—kind of a musical “choose-your-own adventure” situation. This version, recorded by Berlin Akademie für Alte Musik in 2011, uses a chamber ensemble. Here’s the final section, a fugue on three subjects, from The Art of Fugue.

We heard a fugue on three subjects, the final section from Bach’s The Art of Fugue, played by the Berlin Akademie für Alte Musik, from their 2011 Harmonia Mundi release.

Like Bach, the 15th-century Dutch composer Alexander Agricola’s life ended rather suddenly. He succumbed to febris fervens, a raging fever, while on a journey through Spain. We’ll hear two settings of the popular tune “De tous biens plaine,” set by Agricola.

“De tous biens plaine” numbers 2 and 3 for three instruments by Alexander Agricola. We heard Ensemble Leones, from their 2013 release, “Colours in the Dark.”

Welcome back! This hour, we’re listening to works written by composers in the autumn of life. One of the favorite composers of Louis XIV, Jean-Baptiste Lully, gave everything for his king and adopted country. A native Italian, Lully came to be the most performed composer in late sixteenth-century France, being the preeminent court composer at Versailles. During a performance of his Te Deum, written for the royal court, Lully inadvertently smashed his foot with his conducting staff. The injury developed gangrene, and the doctors recommended amputation; but Lully, who was an avid dancer, would not allow the surgery. Unfortunately, the gangrene spread throughout his body, and Lully died soon after. We’ll hear “Dignare, Domine” and “In te Domine speravi” from Lully’s Te Deum.

We heard “Dignare, Domine” and “In te Domine speravi” from Jean-Baptiste Lully’s setting of Te Deum, performed by Capella Cracoviensis.

This hour we’ve been listening to the last works--or near-last works--of several composers. Fortunately, it can also be the case that final works, performances, or tours don’t signal that drastic an end—but rather mark the end of an era. In October of 2014, The Hilliard Ensemble, one of the finest and most well-known early music vocal ensembles, collaborated once again with jazz saxophonist Jan Garbarek for the CD Remember me, my dear – featuring quote “ancient, modern, and sacred music with an emphasis on the musical tradition of Eastern Europe,” and recorded live during the Hilliard Ensemble’s final tour. Here is a French chanson, Se je fays deuil, by 15th century composer Guillaume le Rouge.

For over 40 years, the Hilliard Ensemble was one of the world’s premier vocal ensembles, exploring not only early music, but also different traditional musics, and collaborations with new music composers such as Arvo Part and others. Their first CD with jazz saxophonist Jan Garbarek was released in 1993, and they subsequently recorded several projects together. The last one, Remember Me, My Dear, was recorded live during the Hilliard’s last tour in 2014. Here is a piece from the medieval collection known as Carmina Burana—a medieval conductus called Procurans odium.

Procurans Odium, a medieval conductus from the Carmina Burana manuscript.  Our featured release this hour on Harmonia has been the 2019 CD Remember me, my dear, a collaboration by the Hilliard Ensemble and saxophonist Jan Garbarek, recorded in 2014 during the Hilliard Ensemble’s final tour. Here is the title track: an anonymous song from sixteenth-century Scotland, Remember me, my dear. 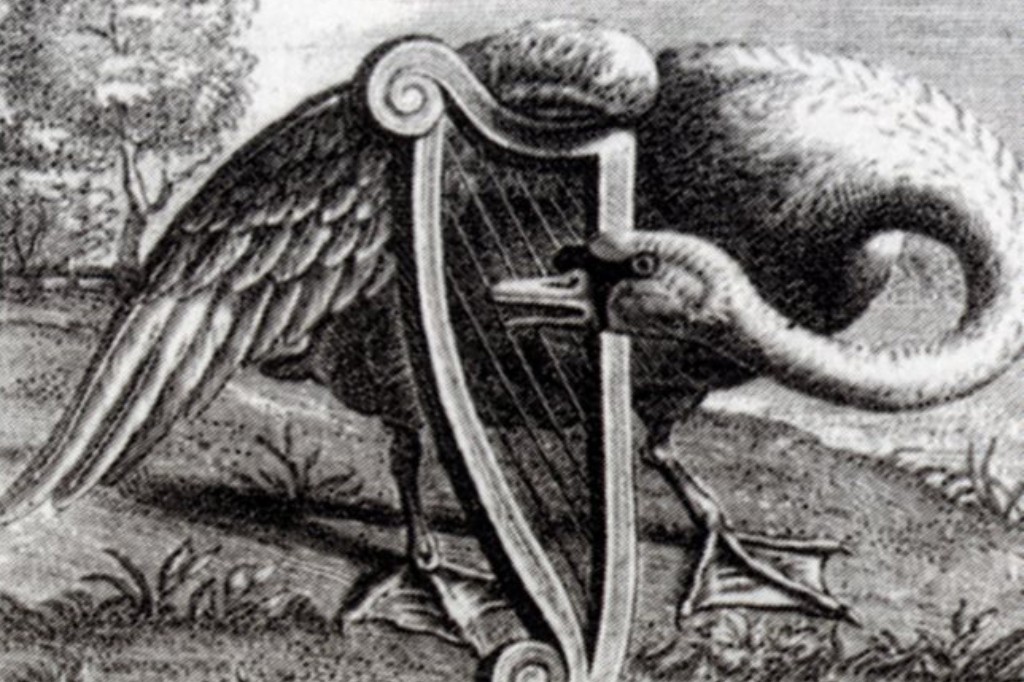 Many composers wrote their most well-loved works in the autumn of their lives. Several last works were never completed—left unfinished forever, or finished later by a student, relative, or scholar.  This hour, we’ll listen to several swan-songs from the Renaissance and Baroque era. On a somewhat related topic, our featured release is the recording Remember me, my dear, a collaboration between the Hilliard Ensemble and saxophonist Jan Garbarek, recorded during the Hilliard Ensemble’s final tour in October of 2014 and released in 2019.