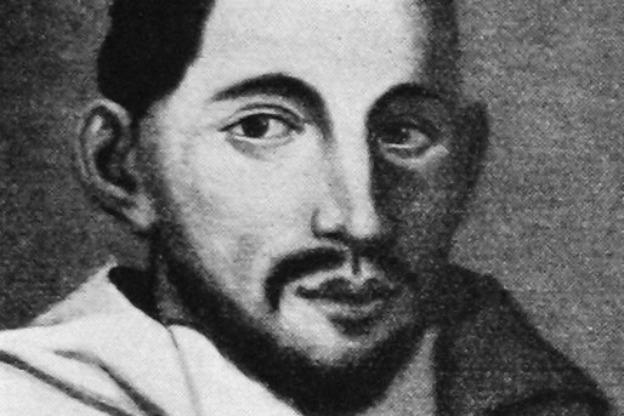 Time capsule for this episode: 1640

Let's start with a troubadour song from the late twelfth century, performed by countertenor Russell Oberlin. We'll hear more from him later in the hour, as he talks with Wendy Gillespie about the early days of the New York Pro Musica Antiqua.

A consort combines different sized instruments of the same family, or in the case of a broken consort, mixes instruments from different families. As part of an ongoing exploration of the renaissance consort, here's a bit about the recorder.

The recorder is believed to have been called by its modern name since the 14th century. Some say that the name is derived from the term ricordare especiale, which means "remember" in Italian. Others claim that the name arose in England when the instrument was used to teach birds to sing.

From the 15th century onward, the recorder became a popular accompaniment to dance music.Â For a basse danse, a recorder player could improvise a countermelody above a long-note cantus firmus. This was performed sometimes as a solo or in collaboration with similar melody instruments.

Later in the renaissance, a demand for ensemble playing among amateur musicians led to the construction of recorder consorts. Multiple recorders of different sizes and ranges could easily play instrumental versions of the day's sacred and secular vocal compositions. At the same time, composers such as Michael Praetorius and William Brade began writing volumes of music meant to be played by instruments in consort.

[More information about this recording can be found on the full playlist, under the "music on this episode" tab.]

Sixty years ago, on April 26, 1953, the New York Pro Musica Antiqua performed its first concert at the New School for Social Research in New York City.Â Founded by the Socialist activist, turned Merchant Marine, turned choral conductor Noah Greenberg, the ensemble started a movement without which there would very likely be no such thing as a radio program called Harmonia.

RO: "â€¦It was the longest concert in the world! [laughter] As some young groups do. We sang and performed everything that we knew."

SS: "I know, my first recital was like that." [laughter]

RO: "It could still be going on." [laughter]

One of the pieces the ensemble performed at that first concert was Adriano Banchieri's Festino nella sera del GiovedÃ¬ Grasso, published in 1608. The madrigal comedy was also one of five LPs the New York Pro Musica Antiqua released in 1953 on Esoteric Records. Let's listen to a piece from that recording.

Banchieri's comedy is still amusing. Let's hear another version of the same piece, this time performed more than 40 years later and in the hands of some European musicians who interpret the music more loosely and add instruments to the madrigal.

The NYPMA's original name took nearly as long to say as its first concert took to perform! Here is Russell Oberlin again:

RO: "The name was finally decided upon, and it was The New York Pro Musica Antiqua with the Saint Cecilia Players and the Primavera Singers. ["Whoa!" laughter] It was and enormous thing. And over the years those things worked off (?) [other voices & laughter] It didn't take very long, you know, for them to realize â€“ not a very good name for the group."

After deliberation, the ensemble was called the New York Pro Musica Antiqua, later shortened further to New York Pro Musica, and began its 21-year journey with a mission to introduce the listening public to music that is now considered the core repertory of early music. Its director, Noah Greenberg, was an imposing and charismatic figure, an unforgettable presence on the stage who conducted every piece in the concert, even those sung by a small vocal ensemble. Russell Oberlin said that they'd joke about how Greenburg would show up to conduct even when there were only four or five voices. [quote] "We didn't really need all that, but he just really wanted to do it."

Let's listen to some music of Henry Purcell from another 1953 NYPMA recording.

We heard Russell Oberlin singing Henry Purcell's Strike the viol. Though Oberlin sings in the range of the countertenor, it is interesting to note that neither he nor any other singer in the New York Pro Musica's history was a falsettist, as most well-known countertenors from Alfred Deller to Iestyn Davies are described.

In contrast, listen to this recording of the song performed by the countertenor and falsettist Andreas Scholl from a recording released by Decca in 2010.

Both men are legends of the countertenor world, though Oberlin sang with a voice that is sometimes referred to as an "Irish tenor" and Scholl is usually referred to as a falsettist. It's interesting to contrast the two very different voices, particularly since it is not known exactly what the countertenor voice sounded like in Purcell's own time, and there even is some speculation that Purcell himself was a countertenor.

Isn't it interesting to contemplate the idea that the performance of early music is at least as much a reflection of its own time as it is a reflection of the time the music was composed?

Join me next time for part two of our tribute to New York Pro Musica Antiqua, in which we'll listen to the ensemble at the height of its international renown, as well as ponder the idea of "authenticity."

On our featured release, the German ensemble Die Singphoniker explores sacred settings by Orlando di Lasso. The ensemble's newest album, Hymnus, represents a rich period in Lasso's life, as well as a legacy of musical work for the Bavarian monarchy. In 1556, Lasso joined the court of Albrecht V, Duke of Bavaria in Munich. By 1563, he had been appointed maestro di cappella. Lasso worked at the Bavarian court for the rest of his life. It was in the service of Wilhelm V, Albrecht's heir, that the composer began work on numerous hymn settings.

Lasso's settings occasionally make use of the original Gregorian motive as a subject for imitative entries. At other times, an entire hymn melody might be drawn out in long notes as a cantus firmus. A number of Lasso's works complement a hymn's text with newly composed polyphony and melodies not taken from any other source.