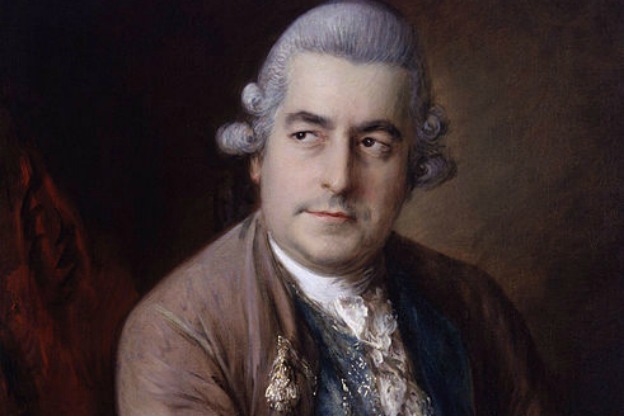 Between his two marriages, Johann Sebastian Bach had a whopping twenty children. Of the six of his sons that survived infancy, five became musicians. Today, we’ll hear music by two of Bach’s sons: Carl Philipp Emmanuel and Johann Christian.

Carl Philipp was born in 1714, and was a 21 year old man before his little brother, Johann Christian came into the world in 1735. At the peaks of their careers, both of Bach’s sons would find themselves in a transitional time of musical language and style. With baroque counterpoint on its way out in the mid to late 18th century we can hear the development of classicism edging its way into these two composer’s works.

In 2011, Passacaille released a recording of Quartets for Flute, Viola, Cello and Fortepiano.

Besides quartets, this cd also presents two flute sonatas performed by Jan De Winne, on an instrument he built himself.

A 2011 album, Johann Christian Bach: a music party, was recorded by the ensemble Amarillis for the Agogique label.

The music of Johann Christian is even more firmly rooted in a developed classical style with its characteristic rhythms, clear-cut phrases and clarity of textures.  Johann Christian was also very good at writing for combinations of strings and winds.  Perhaps Johann Christian picked up some of his skills in composition from his older brother. Johann Christian went to live with Carl Philipp at the age of 15 shortly after their father passed away. Soon though, Johann began to travel far and wide. In 1754, he moved to Italy, converted to Catholicism, and took an appointment at the Milan Cathedral. But the church work didn’t quite suit him, so he moved to London to be the composer for the King’s theatre. It was in London that Johann Christian likely composed the chamber music on this recording.