The Sixteen: Monteverdi And Bartlomiej Pekiel 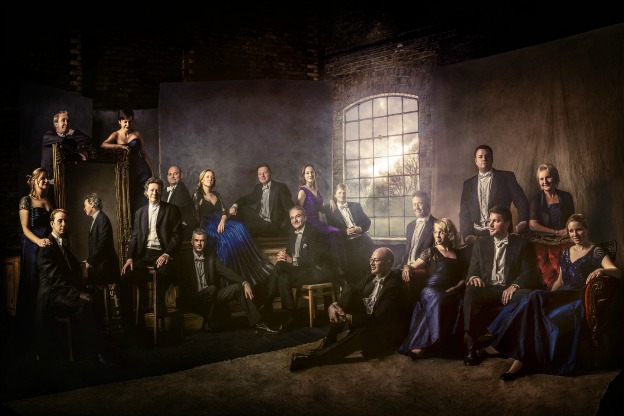 This year, The Sixteen, under the direction of Harry Christophers, released their third volume in a set of recordings of Claudio Monteverdi’s collection of sacred music from 1641, his Selva morale e spirituale. The publication was the last that Monteverdi put out during his lifetime, (He died in 1643.), so the collection is late in his body of work. Monteverdi’s Selva morale e spirituale is quite varied-solo songs are included alongside multi-part settings for up to 8 voices, some a capella, and some with instrumental forces.

The opening track on this disc is especially enjoyable: two violins join an 8-part vocal texture in Laudate Dominum, a setting of Psalm 117. An example of a solo piece from Monteverdi’s 1641 publication features Soprano Grace Davidson performing the lament, Pianto della Madonna ‘Iam moririar, mi fili.’  This is an interesting piece as it is adapted from one of Monteverdi’s earlier operas, in which Ariadne laments the loss of her lover Theseus. Here though, Monteverdi has adapted the story to a sacred text, in Latin, depicting the Virgin Mary grieving the crucifixion of her son.

Another favorite from this recording is a little piece that uses lightening as metaphor for life-short and fleeting-here and then gone: Monteverdi's E questa vita un lampo, fabulously performed by The Sixteen.

The second recording from The Sixteen that we’re featuring today presents selected works by a much less familiar composer Bartlomiej Pekiel. This recording of 17th-century Polish music was made under the direction of The Sixteen’s associate conductor, Eamonn Dougan and the accompanying instruments on the disc include sackbuts and viols, in addition to violins.

Though Polish, it is an Italian musical language and style that comes across most clearly in Pekiel's music. This makes sense when considering that until the mid 17th century, all of the most important musical posts in Poland were occupied by Italians, many from Rome and Northern Italy. In fact, Pekiel, as the liner notes point out, was the first native Pole to break through the Italian monopoly in his home country. From 1637-1655, Pekiel served at the court in Warsaw, and in 1649, he became the first non-Italian composer to occupy the post of capellmeister there.

Roman influence is especially evident in Pekiel's Audite mortales written for 6 voices, 3 viols and continuo. The piece features several combinations of solo and ensemble singing, likely modeled after the genre of Roman dialogues that were popular around the 1630’s. Other notable moments on the disc include the Kyrie from Pekiel's  14-part mass (besides the Gloria, the Kyrie is the only other movement from the mass to survive), and the Credo from his Missa Concertata La Lombardesca when sackbuts take a leading role in the many harmonic clashes in the music.