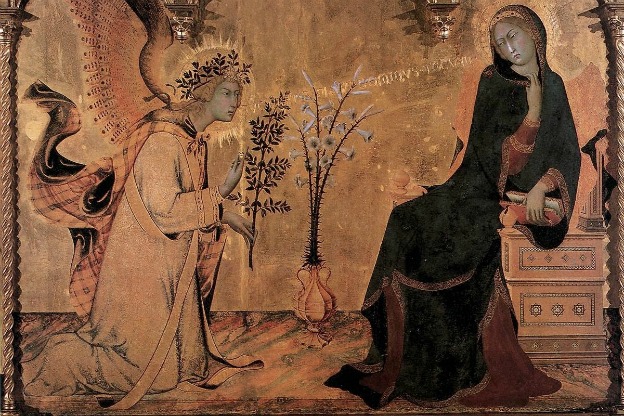 Time capsule for this episode: 1512

A boy was born in Bethlehem

It's time to celebrate the holidays with a selection of motets based on chants for the Christmas season!Â Our first chant is Puer natus est nobis, a Introit that celebrates Christ's birth. Its text reads: "A Child is born to us, and a Son is given to us: Whose government is upon His shoulder: and His name shall be called, the Angel of the Great Counsel."

A motet would often complement or draw from the lesson of the worship service.Â Renaissance composer Heinrich Finck's setting of Puer natus est nobis was intended to be sung during the third Mass on Christmas Day.

In praise of the Virgin Mary

We're celebrating the holidays with a selection of motets based on chants for the Christmas season!Â Our next chant is Alma redemptoris mater, a hymn in praise of the Virgin Mary.

Let'sÂ listen to Johannes Ockeghem's setting of Alma redemptoris mater, which features a brief glimmer of the chant melody in the first sounding voice.Â Following that, we'll hear English Renaissance composer Peter Philips do the same-but with a bit of embellishment.

The chant Angelus ad pastores ait recounts the revelation of Christ's birth imparted by an angel to a group of awestruck shepherds.Â The angel descends upon a field at night and cries, "I bring you tidings of great joy, for unto you is born this day the Saviour of the world.Â Alleluia!"

Another well known biblical scene recounts a visitation made by the angel Gabriel.Â Appearing to Mary, Gabriel comforts the frightened maid and praises her for the great birth to come.

In the motet Ne timeas, Maria, Gabriel calms Mary's doubts regarding the miraculous news of her immaculate conception.Â "Fear not," he says, "for you have found favour with the Lord: behold, you shall conceive and bring forth a son and he shall be called the Son of the Most High."

In the motet Duo seraphim, two angels cry to one another, "Holy is the Lord God of Hosts!Â The whole earth is full of his glory!"

During the 16th and 17th centuries, this dramatic, angelic duo enjoyed much popularity among composers such as Claudio Monteverdi (who included the setting in his famous Vespers for the Blessed Virgin of 1610), TomÃ¡s Luis de Victoria, and Francesco Guerrero.Â Listen for the duo of soprano and alto voices that begins Guerrero's setting!Â It may be that Guerrero attempted to render the angels' annunciation through an artful use of lofty range...

On our featured release, Theatre of Voices joins with Ars Nova Copenhagen under the direction of Paul Hillier.Â The recording titled The Christmas Story takes its inspiration from the Festival of Nine Lessons and Carols, which originated at King's College, Cambridge in 1918.Â This festival is structured around nine Biblical readings that alternate with well-known hymns and carols.Â

This recording includes festive pieces from the Middle Ages to the 19th century, and from all over Europe.Â From Italy, we'll hear Biagio Tomasi's Dum deambularet Dominus in Paradisum; from Germany, Johannes Eccard's Maria wallt zum Heiligtum; and, from England, William Byrd's O magnum mysterium.