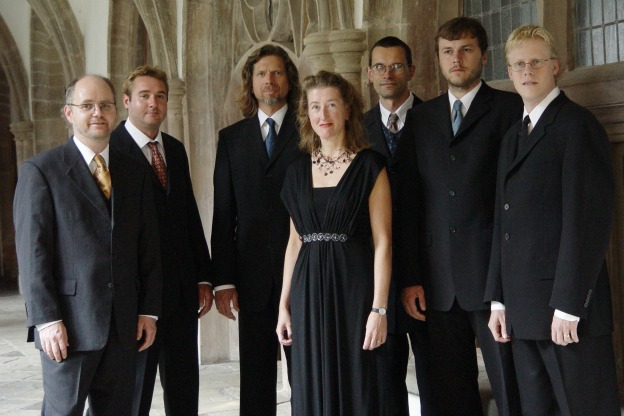 Arcadelt is a composer better known for his madrigals and chansons than his sacred music, but director Meinholf Brüser has chosen a program that includes the Missa “Ave regina caelorum,” part of the Lamentations of Jeremiah, and several motets, which altogether make up a significant portion of Arcadelt’s sacred output.

Jacques Arcadelt was born in what is now Belgium in 1507 and had reached Florence by the 1530’s, where he stayed until he went to Rome to sing in the Cappella Giulia for a short time, and then the Cappella Sistina until 1551. He ended his days in France in 1568.

Most of the singers in the Cappella Sistina were also composers. It is, in fact, likely that improvisation of polyphony was very common, so in a way all singers were composers by definition, if composers by committee. Of course, we only get to experience the music that got written down or published and therefore was very likely a bit more polished than ensemble improvisation. But wouldn’t it be interesting to hear what singers who were good composers could improvise in groups?

In the meantime, in this recording, we get to hear written down music of a composer who bridged the stylistic gap between the Josquin generation and Palestrina at the Sistine Chapel. As you might expect of the person known as one of the founders of the Italian madrigal, the painting of text is one of his specialties. Listen, for example, to some of the title track, the motet Estote fortes in bello. The text refers to St. Michael who was known as a dragon-slayer and gradually took on a role as the leader of the Army of God against evil. It’s first line translates as “Be steadfast in battle and do combat with the ancient serpent.”

The Marian motet “O pulcherrima mulierum.” Its text draws on the Song of Songs, that book of the Old Testament with the words that some feel are potentially harmful to the novice and should be reserved for the spiritually mature. If you listen very carefully a few seconds into this little excerpt, you will hear Arcadelt add a fifth voice with the simple litany "Sancta Maria, ora pro nobis," or “Holy Mary, pray for us.”

Did you hear it? Come to think of it, you can listen to it again. How cool is that? And what an evocative use of the expressive possibilities of words in a sacred context!