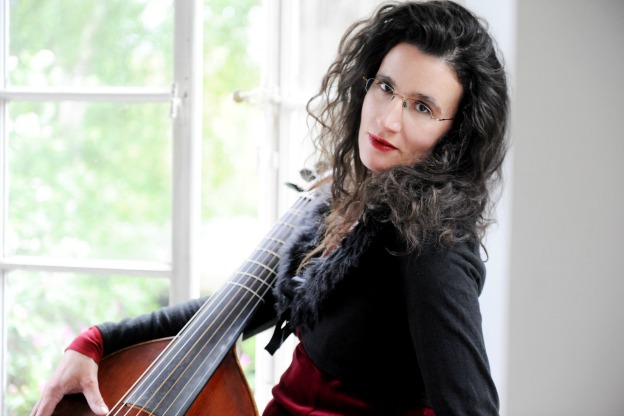 Sometimes good things come in small packages. A leather book—about the size of a 4x6 index card, or 10 x 15 cm—is housed at the Bibliothèque Nationale in Paris under the call number Réserve 1111.

The majority of the pieces in the 17th-century book of music are anonymous works written for solo viol written mostly in the tablature system of musical notation, often with alternate scordatura tunings. A few composers are named, including  Nicholas Hotman, Le Sieur Dubuisson, and August Verdussen. A few others can be identified from cross-referencing other documents, revealing an international assortment of characters like Tobias Hume, John Jenkins, Simon Ives, Dietrich Stöeffken, Willem Deutekom, and François Dufaut.

We don’t know much about the background of this manuscript prior to 1880 when the French library purchased a large lot of general items from a source in Berlin that included the Réserve 1111 manuscript. One theory is that the manuscript originated in the Brandenburg region that is part of northern Germany.

The initials on the front of the book read, I.B.R.—probably the initials of the person who owned it, but who exactly I.B.R is we don’t really know. Besides the initials, the cover is dated 1674 but contains pieces that span a time of about 75 years, dating back to around 1600.

In the 17th century people sometimes copied and collected their favorite pieces of the day into books for their own use and enjoyment. There’s a good chance that the compiler of Réserve 1111 was the work of a wealthy amateur player who lived in the Brandenburg region of Germany. Mostly the compiler collected short and simple generically titled dance suite movements like allemand, courant, saraband, and so on.

Réserve 1111 has never been published—several years ago, Minkoff had a facsimile edition in the works, but the company folded before the project came to fruition. Beyond publication though, much of the music still hasn’t even been performed. But violist da gamba Julianne Laake offer listeners a chance to hear around 40 of the 273 pieces from Réserve 1111 on a recent recording made up largely of world premieres.

These curiosities all have German titles that reflect the first line of the hymn on which they are patterned—hymns that were some of the most common and well-known religious tunes of the time.

These tunes might sound familiar even today, as some of them remain in common use in modern day congregations. Jesu, meine Freude first appeared in Crüger's hymnal Praxis pietatis melica in 1653. Its version in English, “Jesus, Priceless Treasure,” is still found in hymnals today, and not just Lutheran ones either. Methodist, Presbyterian, and Seventh Day Adventists hymnals still sport the tune. Bach used the tune as well, both in his funeral motet BWV 227 and his chorale prelude BWV 610.

But while the chorale melodies were widespread, viol transcriptions of Lutheran hymns were not. There are only a few other isolated examples of this repertory—a repertory that was likely used for private devotional use at home rather than for public performance.

A very nice feature of this recording is the inclusion of the hymns sung alongside the solo viol setting of the same tune on which it is based.

In light of the contributions Bach made to Lutheran church music with his Orgelbüchlein, or "Little Organ Book" of 46 chorale preludes for keyboard, fellow viol player Joëlle Morton and writer of the liner notes for this disc suggests that, in the same vein, we could call Réserve 1111 a “little gamba book,” a Gambabüchlein.