Welcome to Harmonia…I’m Angela Mariani. We often hear music for royal occasions—coronations, weddings, and more. Trumpets sound as robed men and women walk down the long aisle of a cathedral awaiting some important event. But what about music written by the rulers themselves? This hour, we’ll discover that when some of the rulers of the early modern era weren’t busy governing, fighting wars, and busily expanding their empires, they actually found time to write music. Plus, Allison Monroe leads Queen's Rebels Band in music from our featured release, Fair and Princely Branches: Renaissance Music for the Jacobean Princes.

Allegro di molto from Flute Sonata No. 264 by Frederick II, King of Prussia. We’ll hear more from this royal composer in a bit.

Tudor king Henry VIII is infamous for many things. He had six wives, which is a whole grim story in itself and involves royal beheadings. He founded the Church of England, mostly so that he could divorce one of the six wives. He used his power to expand royal authority by making changes to the English Constitution and establishing the divine right of kings. Somehow, he found time to write music. Henry wrote settings of popular tunes, like this one of the Dutch tune “Tandernaken.” He wrote original lyrics and music, too, including the song, “Though sum saith that yough rulyth me.”

“Though sum saith that yough rulyth me” by King Henry VIII of England. Before that, we heard Henry’s setting of “Tandernaken.” David Skinner directed the vocal group Alamire and the wind consort Quintessential.

Henry VIII also wrote songs of love and loss—in “Hey Trolly Lolly Lo!” in which a man unsuccessfully attempts to woo a woman. The lyrics tell a story of a man milking a cow, certainly something king Henry wouldn’t have been doing.

Henry VIII wasn’t the only English royal—not even the only Henry—to compose. A century earlier someone named “Roy Henry,” Roi Henri, also wrote music. Roi means King, but there is some debate about which Henry this is: Henry the fourth? Henry the Fifth? Henry IV was known to write music, and Henry V apparently also “delighted in songs and metres.”  The most likely candidate here is actually Henry the Fifth; if so, let’s “remember, with advantages, what notes he wrote that day.”

Settings of the Gloria and Sanctus by--Roy Henry? Roi Henri?  We think it was Henry the Fifth.  The Cardinall’s Musick was directed by Andrew Carwood.

Welcome back! This week, we’re exploring music composed by monarchs.

In the sixteenth century, Ivan IV was Grand Prince of Moscow. At age sixteen, his close circle of advisors proclaimed Ivan the first tsar of Russia. He became knows as “Ivan the Terrible” for his reign of rampant imperialism, war, murder, and various other atrocities. Many are not aware, however, that he also composed music. This is a piece written in honor St. Peter of Moscow.

A chant for St. Peter of Moscow, composed by, of all people, Tsar Ivan IV—aka Ivan the Terrible. Peter Phillips led the Tallis Scholars.

We move west now to the coast of the Iberian peninsula, and forward in time a generation to the mid-seventeenth century and King John the fourth of Portugal. He is known to History as John the Restorer, and although he was known as a patron of the arts, I assure you that in this case “restorer” had nothing to do with cleaning up paintings—it refers rather to restoring Portugal’s autonomy from Spain, and amassing a huge empire in the meantime.  John also both composed music and wrote about it, including a work called In Defense of Modern Music, and one in defense of Palestrina. Here is John the Fourth’s composition “Crux fidelis.”

Crux Fidelis by the Portuguese king known as John the Restorer. We heard The Kings Singers on their 2008 Naxos release The Golden Age.

Another composing monarch was eighteenth-century Prussian king Frederick the Great. His reign was characterized by contradictions—he believed in some enlightenment principles, but ruled as an absolute monarch; he encouraged immigration of some religious groups to Prussia, but he made life difficult for the Polish Catholics in his realm. His Calvinist father was not sympathetic to either his sexual orientation—in fact he had one of young Frederick’s lovers executed—or of Frederick’s deep and lifelong interest in music. As a patron of the arts, Frederick’s court included a who’s who of Enlightenment composers such as Johann Joachim Quantz, Carl Heinrich Graun, Franz Benda, and C.P.E. Bach. Frederick was an avid traverso player himself, and he composed music for the instrument, too. We’ll hear his Flute Sonata 182 in B-Flat Major.

When Elizabeth the first of England died in 1610, James Stuart, King of Scotland, ascended the throne of England and Ireland. His son, Prince Henry, became Prince of Wales. The music from the seventeenth century courts of Princes Henry and Charles is celebrated by violinist Allison Monroe and Queen’s Rebels Band in their 2020 release Fair and Princely Branches: Renaissance Music for the Jacobean Princes. We’ll hear “3 Mascharades” by William Brade.

“3 Mascharades,” by William Brade, performed by Queen’s Rebels Band, from their recording Fair and Princely Branches: Renaissance Music for the Jacobean Princes.

We’ll end this royal hour with a stately Pavan by Alfonso Ferrabosco, also from our featured recording by Queen’s Rebels Band: Fair and Princely Branches: Renaissance Music for the Jacobean Princes.

From a recording entitled Fair and Princely Branches: Renaissance Music for the Jacobean Princes: Pavan No. 8 by Alfonso Ferrabosco, played by Queen’s Rebels Band, directed by Allison Monroe.

The writer for this edition of Harmonia was Sarah Schilling (or Sarah Huebsch Schilling). 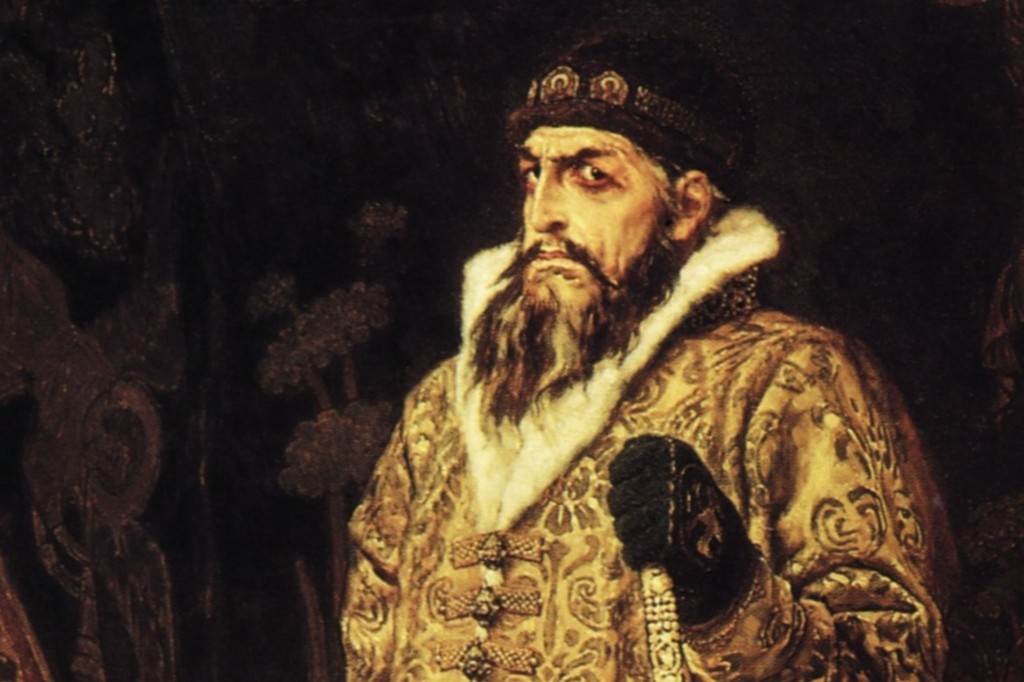 Detail from a portrait of Tsar Ivan IV the Terrible by painter Viktor Vasnetsov in 1897. (WikiArt)

We often hear music for royal occasions—coronations, weddings, and more. Trumpets sound as robed men and women walk down the long aisle of a cathedral awaiting some important event. But what about music written by the rulers themselves? This hour, we’ll discover that when some of the rulers of the early modern era weren’t busy governing, fighting wars, and busily expanding their empires, they actually found time to write music. Plus, Allison Monroe leads Queen's Rebels Band in music from our featured release, Fair and Princely Branches: Renaissance Music for the Jacobean Princes.