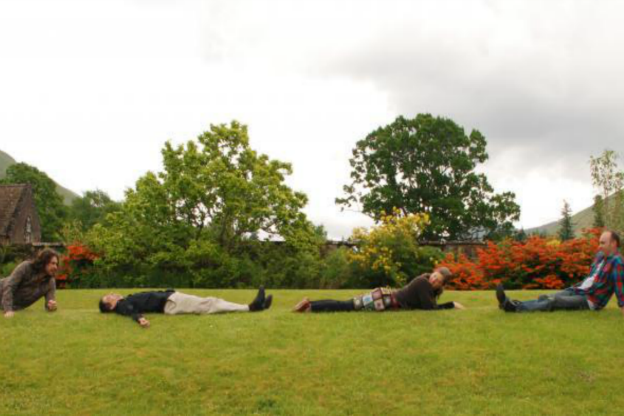 Robert Mackintosh and the music of 18th century Scotland

Robert Mackintosh is a composer who falls into that long line of famous Scottish violin players that includes Niel and Nathaniel Gow, William Marshall, and J. Scott Skinner to name just a few...

It’s a tricky question and its hard to come up with a tidy division between the two. At some point, music seems to diverge along some distinctive lines. There is a lot of grey area in between, but in some very real ways, folk music and art music do follow different paths. And that’s one thing that makes our subject, Robert Mackintosh, so interesting. This was a guy who lived with one foot in each of those musical worlds. Mackintosh’s 1783 collection of Airs, Minuets, Gavottes and Reels certainly shows both styles.

Vivaldi made his living teaching as well as composing, and Red Rob pieced his living together doing multiple things too. He played in the orchestra of the Edinburgh Music Society and also had a career as a violin teacher. Mackintosh also gave his own concerts, and here’s an interesting connection: Haydn’s close colleague and concertmaster for many of his symphony premieres in London, violinist J.P Salomon, also performed at one of Mackintosh’s concerts in the 1780’s. So it seems that this Scottish fiddler had some pretty good connections with the London classical music scene as well.

Solos for the Violin

Robert Mackintosh wrote at least one large scale work—a concerto for violin with orchestra. Unfortunately, we don’t know what happened to that piece, but, there is another tantalizing piece of which we should take notice. Included in this 1783 set of Airs Minuets, Gavotts and Reels, there is also solo violin sonata. The title page identifies it as a “specimen of a set of Solos For the Violin Which the Author proposes to Publish afterward,” though as far as we can tell, this set of violin solos was never completed.

The many sides of Robert ‘Red Rob’ Mackintosh! We hope this 2013 recording from Concerto Caledonia has piqued interest about this little-known composer!