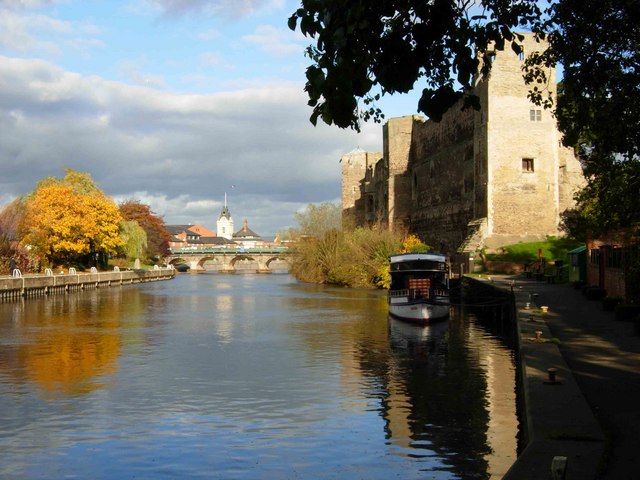 This week our travels take us to Elizabethan England via the music of Robert Parsons, William Byrd’s immediate predecessor at the Chapel Royal. Sadly, Parsons drowned in the prime of life, but he left us a wonderful legacy of stunning polyphony for both the Anglican and Catholic rites as well as some striking instrumental music. Our featured release is In the midst of life – Music from the Baldwin Partbooks, performed by Contrapunctus, led by Owen Rees.

Janis Joplin, Jimi Hendrix, Franz Schubert, Henry Purcell  – though his name probably did not leap to mind instantly, the list of composers and musicians who tragically died young includes Robert Parsons. But immerse yourself in some of the richest polyphony of the 16th century, and you may well find Robert Parsons eminently memorable!

Parsons probably died in his late thirties. We don’t know exactly when he was born, but we do have very good documentation about his unfortunate end. The Chequebook of the Chapel Royal notes in 1572 that “Robert Parsons was drowned at Newark uppon Trent the 25th of Januarie, and Wm. Bird sworne gentleman in his place at the first the 22d of Februarie following.” Parsons was directly involved with the 16th century English court and chapel around the time Elizabeth I came into power, even before he was named a Gentleman of the Chapel Royal in 1653, so he spent his professional career in high places during a time of major political and religious upheaval.

It’s not surprising that the majority of Parsons’ surviving work comprises sacred music. Like his successor, William Byrd, Parsons composed both Anglican music in English and Catholic music in Latin. Some suspect that, also like Byrd, Parsons was a recusant Catholic. His setting of the Latin Magnificat, his largest single work, is a technical tour de force for up to 7 voices that contrasts solo chant, glorious full choir sounds, and elaborate writing for small forces. Listen to the enormous range of the voices – the highest and the lowest sounds – and the way they imitate each other in virtuosic canons. "Melismas," the singing of many notes to one syllable of text, run sweepingly throughout at both leisurely, interwoven speeds or virtuosic speeds. Parsons’ listeners would have known the text perfectly well, so they could surrender their minds to the polyphony, and let it do its work.

We’ve been listening to The Parsons Affayre, singing their namesake Robert Parson’s Magnificat from their recording Magnificat: The Latin Works of Robert Parsons.

Parsons’ sacred music in English might be described in today’s vernacular as “more in one’s face.” His First ‘Great’ Service is one of the earliest complete settings of the text from Thomas Cranmer’s revolutionary Book of Common Prayer. Except for the fearless dissonance, moments of richness and striking beauty,  you might not recognize the same composer at work. The vocal ranges are not as extreme, the words are very clear, often syllabically set, often spoken by everyone at the same time. Two choirs alternate in various combinations, then unite to supply texture and resonance at important moments in the text.  The text is the “Englished” version of the Magnificat that we just heard -  “My soul doth magnify the Lord.” The voices are those of Voces Cantabiles, led by Barnaby Smith.

Anglican music of Robert Parsons: the Magnificat and Nunc Dimittis from his First ‘Great’ Service - almost certainly composed for the Chapel Royal – and alas, his only Great Service.  We heard Voces Cantabiles, led by Barnaby Smith, from their 2007 Naxos recording Robert Parsons: First Great Service/Responds for the Dead.

Robert Parsons also composed songs for consort of viols and solo voice that would be easy to imagine performed by a choirboy in an extra-liturgical entertainment. In fact, let’s listen to a 20th century choirboy singing with viols, and ponder the effect of such words coming out of the mouth of a child.

You heard the treble Jeremy Budd singing Robert Parsons’ “Ah, alas you salt sea gods” with the viol consort Fretwork, in a 1993 Virgin Veritas recording A Play of Passion – Songs for the Stage and Consort Music. And here’s an entertaining bit of historical continuity: that very same Jeremy Budd turns up 25 years later as a tenor on Fretwork’s 2017 recording called In Chains of Gold!

Welcome back. In addition to the beautiful vocal music we’ve been hearing, composer Robert Parsons also made important contributions to Elizabethan instrumental music. Some suspect that there might have been quite a bit more of Parsons’ music around, had there not been, for some reason, a ban on his music right after his death. Why? Was it mourning? Or…could his death have been at all suspicious? Whatever the reason, Parsons’ unapologetic use of dissonance mixed with rhythmic challenges is exciting to play and hear.

Parsons fearlessly leapt in with his experimental music contemporaries who toyed simultaneously with the voces musicales and the players’ rhythmic sanity. In this quartet, you’ll hear one of the players repeat the pattern, up and down, for the whole piece – not as trivial a pursuit as you might think! – and where the other parts go is another matter entirely. Here’s the viol consort Parthenia:

The most challenging decision regarding Robert Parsons must be which version of his 5-part setting of the prayer Ave Maria, “Hail Mary, full of grace," we should play. It’s easily and by far his most recorded work. After some thought, and without in any way meaning to exclude any other very beautiful, atmospheric, expressive, and/or ethereal recording that is out there – and you will find many – we’re going to play a version of the piece by The Cardinall’s Musick that is based on a single source, the Dow Partbooks, which date from shortly after Parsons’ death.

The Dow Partbooks themselves are not big enough to be read by lots of people simultaneously, so the performers have scaled back to one on a part. Most recordings use much larger forces. Listeners who are already familiar with this stunning piece may be intrigued by the setting of the word “Maria” at the beginning, also a result of reading from one specific source.

In the partbooks from which this piece was taken, the music scribe and scholar Robert Dow wrote (in Latin of course):

“Parsons, you who were so great in the springtime of life,

How great you would have been in the autumn, had not death intervened.”

You heard The Cardinall’s Musick, directors Andrew Carwood and David Skinner, from the 2000 Gaudeamus recording Music at All Souls, Oxford: The Lancastrians to the Tudors.

In the Midst of Life

Our featured release is appropriately entitled In the Midst of Life - Music from the Baldwin Partbooks, Vol. 1, released by Signum Classics in 2015. The ensemble Contrapunctus, directed by Owen Rees, explores music from a set of partbooks that come from the same era as the above-mentioned Dow Partbooks. As with all the precious manuscripts of late 16th-century England, the Baldwin Partbooks contain pieces that appear nowhere else and to complicate things even more, one of the six partbooks – though luckily the most reconstructable part, the Tenor - has been missing for a very long time.

Like Parsons and Byrd, John Baldwin was a Gentleman of the Chapel Royal. Between about 1575 and 1581 he copied some 170 pieces into individual partbooks, including music of Robert Parsons. Here’s an example: You might be familiar the words: “I know that my redeemer liveth” in another context, but here is Robert Parsons’ take on that text, in Latin.

A setting of the Credo by English composer Robert Parsons, performed by the ensemble Contrapunctus.

The Baldwin Partbooks also contain the only known setting of the Latin Nunc dimittis by Thomas Tallis. Partner of the Magnificat, the Nunc dimittis takes its text from the Song of Simeon, “Lord, now let thy servant depart in peace”:

“Lord, now let thy servant depart in peace”: A setting of the Nunc Dimittis by Robert Parsons, sung by Contrapunctus.

Let’s end with William Byrd’s "Audivi vocem": “I heard a voice from heaven saying to me: Blessed are the dead who die in the Lord.” Just wait until you hear that second line – “Beati mortui qui in Domino moriuntur” – is that the voice of a recusant Catholic we hear, commemorating perhaps a Catholic martyr?

In the midst of life – Music from the Baldwin Partbooks, Volume 1 - a 2015 Signum Classics CD, and our featured release this week, on Harmonia.