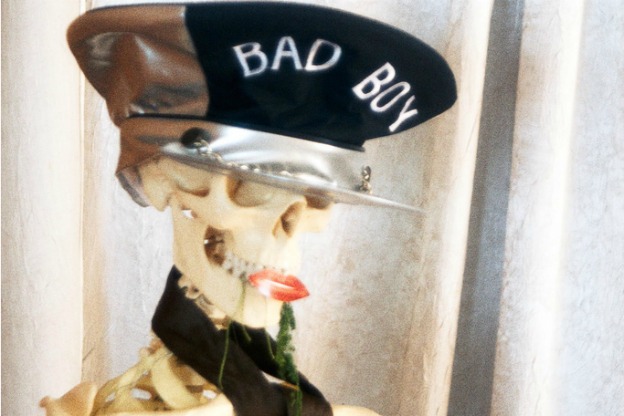 Time capsule for this episode: 1562

First in line is King Henry VIII, a monarch whose lust for Tudor hegemony forever altered the course of England's history.  The trouble began when Henry's first marriage to Catherine of Aragon failed to yield a male heir.  This prompted Henry to take drastic measures in order to have his marriage annulled.  Henry established himself as Supreme Head of the Church of England, following the schism between the Roman Catholic Church and the Anglican Church, and cast his domain into a state of political and religious unrest.

Those who stood against Henry's annulment, such as Lord Chancellor Thomas More, were often seized and executed.  Even the powerful cardinal Thomas Wolsley, who at first failed to forward the annulment, was stripped of title and property and accused of treason.

Henry VIII, William Byrd, and John Bull are men remembered for their musical mastery and the messiness of their lives.  Their stories are spun amidst the intricate development of England's political and religious identity.

The rule of Henry VIII prompted a lasting climate of religious unrest that touched upon the life and work of our second bad boy William Byrd.

During the reign of Protestantism forwarded by Queen Elizabeth I, Byrd dangerously began to identify with Catholicism.  Although born into a Protestant family, later in life Byrd's emerging Catholic faith manifested in his music.  Some believe that, from the 1580s onward, Byrd's mournful Biblical settings suggested his rebellious sentiment.  Around that time, too, Byrd was subject to suspicion due to his associations with Catholic figureheads and anti-Protestant plots.  This suspicion caused Byrd's appointment as a Gentleman of the Chapel Royal to be temporarily suspended and his actions periodically scrutinized.

Third in our line up of Renaissance English bad boys is John Bull, whose life may also have been affected by England's religious climate.

Bull wrote a series of letters in which he claimed he had fled England for Flanders due to religious persecution.  Whether this was fact, or whether the mischievous Bull simply invented the excuse in order to secure his status abroad, is unknown.

Prior to his exile, Bull was, like Byrd, a Gentleman of the Chapel Royal.  He earned the esteem of Queen Elizabeth I and received her recommendation for a professorship at Gresham College.  Some wonder whether Bull worked as a spy for his queen.  The reason for his trip to continental Europe in 1601, as well as his whereabouts within, remain unclear. Bad boy or international Renaissance man of mystery…what do you think?

The prince of Venosa

From an early age, Carlo Gesualdo flouted aristocratic codes of behaviour.  Displaying pride in one's own musical abilities was considered ignoble and risked lowering one's status to that of a hired entertainer.  In spite of this, Gesualdo puzzled guests by flaunting his obsession with music, particularly his own compositions.  The courtier Alfonso Fontanelli wrote that he was forced to sit and listen to Gesualdo's lute playing for an hour and a half.   He also heard endless discourses on Gesualdo's two favourite pastimes: hunting and music.

Much of the scandal surrounding Gesualdo, stems from his marriage to Donna Maria d'Avalos.  Around 1588, only two years after the wedding, Maria began a love affair with the Duke of Andria, Fabrizio Carafa.  The affair continued unchecked until Gesualdo, returning home from a hunting excursion, found the two lovers in flagrante dilecto and violently murdered them.  (A number of reports state that Gesualdo also murdered his infant son after looking him in the eyes and doubting his descent; however, this cannot be verified.)

Some believe that signs of Gesualdo's guilt are apparent in his music.  Its distinctive sound and heightened pathos can scarcely be heard elsewhere.  Examples from Gesualdo's fifth and sixth books of madrigals include juxtapositions of passages with wildly fleeing melodies as well as a frequent use of chromaticism.  Some of the effects within these compositions were not heard again till the 19th century.

Our featured recording is by the ensemble Unidas, which was formed by soprano Theresa Dlouhy and recorder and viola da gamba player Eva Reiter.  The two women connected over their passion for English music and poetry while studying at the University of Music and Performing Arts in Vienna.  They are joined by lutenist Christopher Dickie on the recording Alas Poore Men, which explores the English Renaissance solo song.

The recording includes works by John Dowland and Tobias Hume.  Dowland's melancholy song “Mourn, mourn, day is with darkness fled” is part of a collection published in 1600.  Its lyrics describe a world over which a pall has been cast: Hell rules in Heaven's stead and mankind dwells in darkness.

Tobias Hume's “Alas poore men” was published in 1607 within his First book of ayres.  Its lyrics speak of mankind's abject existence and hapless pursuit of vain desires.