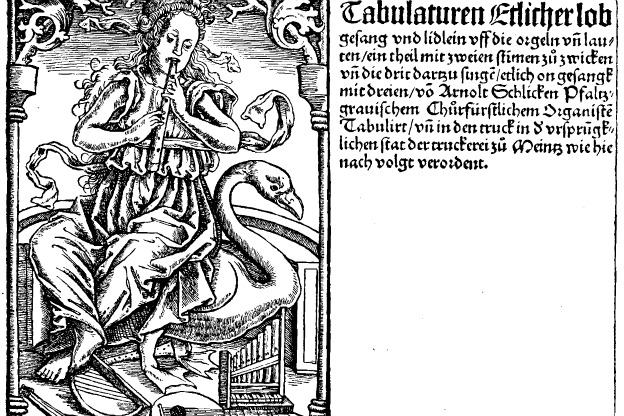 Kimberly Marshall's new CD from Loft Recordings is titled, The First Printed Organ Music. That title is striking!  Anytime I see something that says it’s “the first” of anything, I get curious! Am I the only one? What would be your guess as to the year of the first printed organ music?

Ottaviano Petrucci is often thought of as the father of modern music printing, and he certainly transformed music printing during his lifetime. His process of multiple-impression movable type which involved meticulously arranging staves, notes and texts, altogether on a page produced some very elegant typography that no one else prior had ever achieved.  Petrucci’s process was so much more successful than other processes of typesetting, that it inspired lots of imitators and ushered in a new era in music history because music could now be disseminated to more places and in greater quantities than ever before.

We date Petrucci’s first music print to 1501. Soon, German composer, Arnolt Schlick jumped on the bandwagon, and by 1512, he had published the first printed organ music. Schlick’s Tablatures of Sacred and Secular Songs include instrumental compositions and intabulations—some for the organ and some for the lute.

The organist performing in this cd is Kimberly Marshall. She teaches at Arizona State University, and the organ she is using for this recording lives in Arizona too. It’s a Fritts Organ, built in 1991, so not a historical organ, by strongly influenced by historical practice. The Fritts organ employs a mechanical key action and a style of voicing that derives from northern European baroque instruments.