Imagine being a violinist and conductor whom both Haydn and Beethoven want to hire to conduct premieres of their work . . . you’re in the same freemasons’ lodge as Mozart . . . and you’re a prominent person in the musical life of Vienna, composing ballet, stage and orchestral works, and chamber music; conducting gala events; and being very much a star of the Vienna musical scene.  Who else could this be, except . . . Paul Wranitzky???  Who? This hour, we’re going to get to know some music of this relatively little-known Czech composer, who lived in Vienna, and was much admired by Haydn, Mozart and Beethoven.

Music of Paul Wranitzky: a contemporary of Haydn, Mozart, and Beethoven--composer, conductor, violinist, and quite the rock star in 1790’s Vienna.

This hour on Harmonia, we’re focusing on a composer you’ve probably never heard of, with a double-barreled purpose of introducing you to some wonderful new music, and encouraging further exploration of the works of Paul Wranitzky.

Imagine how difficult it would be to get anyone’s attention as a composer in a Vienna contemporary with Mozart, Haydn and Beethoven…  Well, during that very time, Paul Wranitzky was a very successful, prolific, influential composer, conductor and performer who was highly respected.  And yet, he is unknown to most of us---for when Wranitzky died, his music pretty much went silent, too.

But--back in 2006, considering the 250th anniversary of the composer’s birth in 1756 and looking ahead to the 2008 bicentennial of his death in 1808, The Wranitzky Project was launched. Its goal was to stimulate research and performances that would bring attention to Wranitzky and his work. And--period instrument players found a new source of repertory.

Wranitzky’s compositions comprise a couple dozen stage works, fifty-one symphonies, at least 56 string quartets, and a large amount of other orchestral and chamber music.  His best-known stage work, and also one of his longest-surviving compositions was his first Singspiel Oberon. He conducted a gala performance of it during the coronation festivities of Leopold II at Frankfurt in 1790. The enthusiastic reception of the work in Vienna prompted the conception of Die Zauberflöte for Mozart. Goethe, in fact, considered Wranitzky the most appropriate composer to set his Zauberflöte zweiter Teil, a planned sequel to Mozart’s famous opera.

Even more popular in their day were Wranitzky’s ballets, which, like the other stage works, languish on paper in silence.  A great deal of his music awaits our discovery – what a wonderful opportunity for a historically informed orchestra to bring it to life again!

But for now, let’s hear some of what we do have available, starting with chamber music – after all, Wranitzky was a very fine violinist. Here’s the first movement of Wranitzky’s String trio Opus 17, No. 2 in Eb Major, Allegro Moderato.

The Ensemble Cordia played the first movement of Wranitzky’s String trio Opus 17, No. 2 in Eb Major, from their 2012 Brilliant Classics CD with the irresistibly catchy title String trios, op. 3, nos. 1 & 3 ; op. 17, no.1. Of some 56 string quartets, at least 40 of Wranitzky’s survive, and they hold their own next to both Mozart and Haydn’s quartets--fertile repertoire territory for a classical string quartet.

Here’s another sort of chamber music, this time for wind octet. There are people who think that Haydn is the composer of this piece, and others who think Wranitzky is. The fact that the answer is neither easy nor obvious says something about the quality of the composition.

Wranitzky composed 51 symphonies, most of which have four movements in the standard classical order, frequently with a slow introduction. Here’s the first movement of his Symphony in D Major, Op. 36. A stately adagio frames a moment for the strings, then the sonata form allegro molto, which begins quietly but becomes festive, dramatic and, by the coda, jubilant.

Welcome back. The public performance of Wranitzky’s Grande sinfonie caractéristique pour la paix avec la République françoise was forbidden by an imperial resolution; the title of the work was felt to be provocative.(Good way to attract attention!) Despite its title, this is hardly what one might call a symphony as we know it, as it is composed of 10 movements, some of which run into each other, with titles like “The Revolution,” “English March,” and “March of the Austrians and Prussians.” And despite the fact that its performance was forbidden, the music really doesn’t strike one as terribly revolutionary.

That was the finale of a symphony entitled ‘The Prospects of Peace” and “Rejoicing at the Achievement of Peace.”  Again we hear the characteristic Wranitzky final movement of an Andante followed by Allegro vivace.

The symphony also contains a funeral march, which is given the subtitle ‘The Fate and Death of Louis XVI’.  (You may recall that Wranitzky’s colleague Ludwig van Beethoven also composed a funeral march in his Eroica Symphony.)

This brings us to our recording of the week, entitled HAYDN Cello Concertos Nos. 1 and 2 / WRANITZKY: Cello Concerto, Op. 27, performed by L’Orchestra di Padova e del Veneto, Enrico Bronzi, cello and conductor, released by the Concerto label in 2015. Let’s hear the dreamy slow movement of the Wranitzky Cello Concerto, Opus 27.  Perhaps a bit Mozartian, and a bit pre-Romantic, but the affekt is over-all one of fundamental serenity.   That will be followed by the last movement, a joyous Allegro di molto.

Enrico Bronzi, cellist and conductor, led the Orchestra di Padova e del Veneto in the slow movement and the finale “allegro di molto” of Paul Wranitzky’s Cello Concerto, Opus 27, from the 2015 CD appropriately titled HAYDN, J.: Cello Concertos Nos. 1 and 2 / WRANITZKY, P.: Cello Concerto, Op. 27. Bronzi chose to record the two known Haydn cello concerti on the same disc as the Wranitzky, so once again we find much in common between Haydn and his pupil, Wranitzky.

Harmonia is a production of WFIU. Additional resources come from the William and Gayle Cook Music Library at the Indiana University Jacobs School of Music. 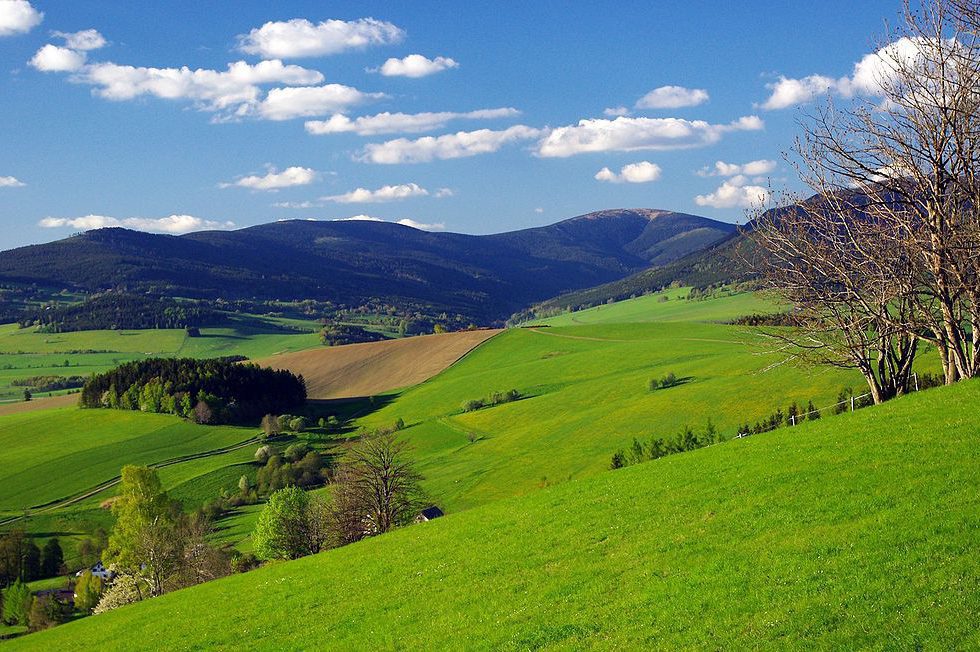 Imagine being a violinist and conductor whom both Haydn and Beethoven want to hire to conduct premieres of their work, you’re in the same freemasons’ lodge as Mozart, and you’re a prominent person in the musical life of Vienna, composing ballet, stage and orchestral works, and chamber music; conducting gala events; and being very much a star of the Vienna musical scene. Who else could this be, except  . . . Paul Wranitzky?? Who? This hour, we’re going to get to know some music of this relatively little-known Czech composer, who lived in Vienna, and was much admired by Haydn, Mozart and Beethoven.