Nine Notes That Shook The World 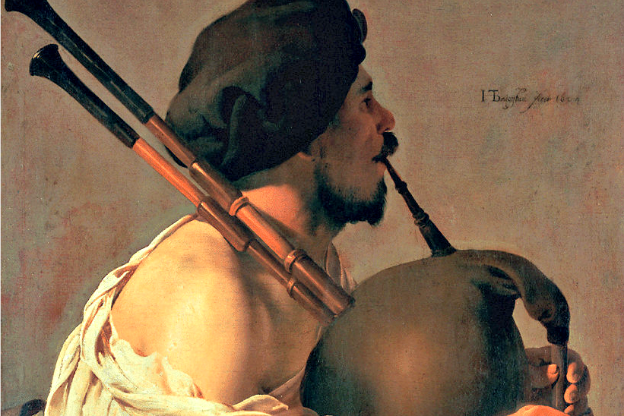 A 2013 release from Sono Luminus titled Nine Notes that Shook the World features Ron McFarlane playing renaissance and baroque lutes and Mindy Rosenfeld on a variety of instruments including fifes, flutes, harp and bagpipes. The hard copy of this recording is presented in a standard CD format, but the package also includes a Blu-ray™ audio disc for higher end sound quality.

The McFarlane and Rosenfeld duo perform a program that blends the music of both lesser known and familiar composers and is self-described as a gathering of favorites from the duo’s repertory, spanning a wide cross section of styles both “folk and fyne.”

Alongside traditional Scottish and Irish tunes on this recording there is  music by the giants of early music: Bach, Blavet, Boismortier, Locatelli and Handel are all represented. There are renaissance tunes too, like the 16th-century dance Passameze by Adrian de Roy, and the Bransle de Villiage that Robert Ballard originally wrote as a piece for lute to imitate the sound of the bagpipes. But why imitate? Tongue and cheek, this duo puts the tune “right back on the pipes!”

By the way, are you wondering what the nine notes were that shook the world? Well, it has to do with those bagpipes, more specifically the Northumbrian smallpipes for which most music written uses only the nine notes of its unkeyed range.