Today, Lincoln’s Inn Fields is the largest public square in the United Kingdom. At the turn of the seventeenth century, however, “Lincoln’s Inn Fields” was a new theatre, recently converted from a tennis court. This hour on Harmonia we avoid the long lines and go directly into Lincoln’s Inn Fields theatre in London to hear music from some of its most popular shows. Then, we cross the English channel to France, to hear music from the time of Louis XIV, on our featured release The Versailles Revolution, performed by the Indianapolis Baroque Orchestra, directed by Barthold Kuijken.

That was the overture from the prologue to Ariane and Bacchus, music by French baroque composer Marin Marais. Barthold Kuijken directed the Indianapolis Baroque Orchestra, on their 2018 Naxos release, The Versailles Revolution. We’ll hear more music from the reign of Louis XIV from the Indianapolis Baroque Orchestra later in the hour—but first, theater music from London at the turn of the seventeenth century, heard at Lincoln’s Inn Fields.

First : two airs: “Over the Hills and Far away” – not to be confused with the Led Zeppelin song -- and “Would you have a young virgin,” music from The Beggar’s Opera.

“Over the Hills and Far away” and “Would you have a young virgin” from The Beggar’s Opera, music arranged by Johann Christoph Pepusch. We heard singers Patrizia Kwella and Paul Elliot with The Broadside Band, directed by Jeremy Barlow.

The Beggar’s Opera poked fun at the Italian operas that were fashionable at the time, many of which were by George Friedrich Handel. Handel’s operas and oratorios were remarkably successful, dominating the London scene for much of the eighteenth century. Like many Enlightenment era operas, Imeneo places pastoral, Classical themes center stage. The opera premiered at Lincoln’s Inn Fields in 1740. We’ll hear “Sorge nell’alma mia” from Handel’s Imeneo.

Although the new Covent Garden, built in 1732, eventually replaced the smaller Lincoln’s Inn Fields, a few productions took place there after manager John Rich’s departure. These were put on by the Opera of the Nobility, which operated briefly in the 1730s, a tumultuous decade for opera in London. Later, the Opera of the Nobility also mounted operas at the King’s Theatre at Haymarket, attempting to compete with Handel’s opera productions at Covent Garden. But -- rather than plan their shows on alternating nights, both the Opera of Nobility and Covent Garden held Italian Opera on Tuesday and Saturday nights, thus ensuring the ultimate financial ruin of Italian opera at both institutions. Here’s some music from the beginning of that decade--Nicola Porpora, from his 1733 opera Arianna in Naxo--premiered at Lincoln’s Inn Fields.

Duel: Porpora and Handel in London

Duel: Porpora and Handel in London

Segment B: Game, Set, Match! and Feature: The Versailles Revolution

Welcome back! This hour we’re listening to music from Lincoln’s Inn Fields in London.

Lincoln’s Inn Fields wasn’t always a theater. Originally built as a tennis court—and yes, the original version of the game we call tennis is hundreds of years old -- the building was converted into a theater in 1661. The 1660s was a time of building, reopening, and expansion of theaters, which had been closed for over a decade under Cromwell’s Commonwealth. We’ll hear music from one of the earliest successful productions at the converted tennis court, advertised as “The LOVES OF MARS & VENUS. A play set to Music, As it is acted at the New Theatre, In Little Lincolns Inn-fields.” We’ll hear the overture, an aria, and chorus from The Loves of Mars and Venus: “Symphony,” “To Double the Sports,” and “Come all.”

“Symphony,” “To Double the Sports,” and “Come All,” from The Loves of Mars and Venus with music by John Eccles and Gottfried Finger. La Risonanza was directed by Fabio Bonizzoni.

The fiercely competitive theatre scene in London meant the sudden success and equally rapid decline of companies, productions, and performing artists in London. It’s remarkable that despite this environment, modern versions of both Covent Garden and Drury Lane still thrive today, perhaps speaking to their manager’s abilities to constantly change with the times.

We travel now across the English channel to France, where seventeenth-century masters transformed orchestral music. In their 2018 Naxos release The Versailles Revolution, the Indianapolis Baroque Orchestra and their director Barthold Kuijken explore this radical musical change, taking us through the tragédie en musique of Jean-Baptiste Lully to works by two composers he influenced: Georg Muffat and Marin Marais. Here are three dances from Lully’s 1685 tragédie en musique, Roland.

We heard three dances—a Gavotte, an Air, and a Menuet from Jean-Baptiste Lully’s Roland. That was music from our featured release, The Versailles Revolution. Barthold Kuijken directed the Indianapolis Baroque Orchestra.

Lully’s death in 1687 made space for other composers to be successful at Versailles. Marin Marais, who performed at Versailles under Lully’s direction, rose to the forefront as both a viola da gamba virtuoso and composer. This is a gigue from Marais’ opera, Ariane and Bacchus.

A gigue from Ariane and Bacchus by French baroque composer Marin Marais, from this hour’s featured release, The Versailles Revolution.  Let’s end with the Chaconne from Lully’s Roland. 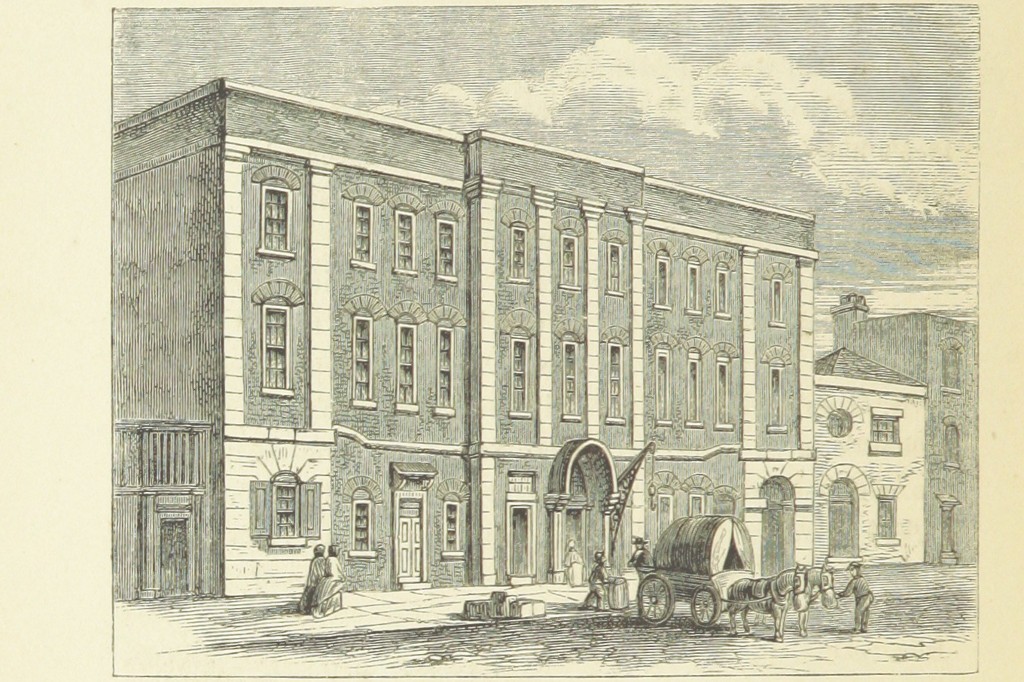 In London today, Covent Garden and Drury Lane may get all of our attention--but at the turn of the eighteenth century, the theater at Lincoln’s Inn Fields was all the rage. One of the hottest shows at Lincoln’s Inn Fields was John Gay and Johann Christoph Pepusch‘s 1728 The Beggar’s Opera. This comic ballad opera takes a critical and hilarious look at Italian opera, which was gaining popularity in London theaters. The show was so successful that Lincoln’s Inn Fields manager John Rich was able to use the profits to open up a new theater, Covent Garden, which eventually replaced Lincoln's Inn Fields. Handel’s operas and oratorios also were remarkably successful, dominating the London scene for much of the eighteenth century.

This hour, we'll hear music from several successful operas of the period, as well as from a featured recording of seventeenth-century French orchestral music performed by the Indianapolis Baroque Orchestra.