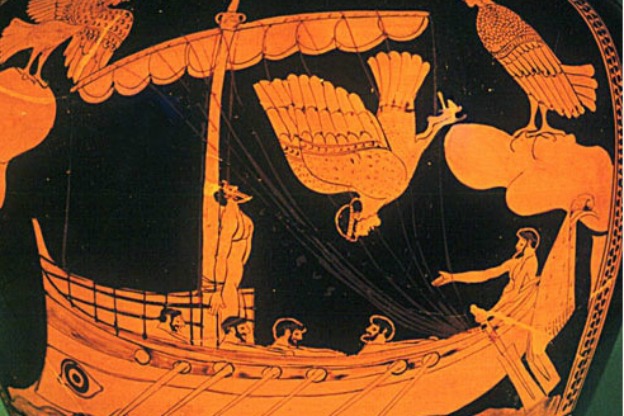 Harmonia heads to Italy for a visit to Naples by way of two recent recordings: a 2012 Alpha Productions release of the ensemble Accordone in a CD titled Storie di Napoli, and another called Una Follia di Napoli, released by Harmonia Mundi in 2011.

This recording is an homage to the city of Naples, and even if you’ve never been to Italy, by the time you’ve listened through the disc it certainly starts to feel a little like home! Singer, Marco Beasley and members of Accordone present a picture of Naples through music from a variety of styles dating from the Renaissance through to the present century in performances that focus on spontaneity, feeling and shared expression between performer and listener.

The recording bridges genres on opposite ends of the musicological spectrum.  Selections include music ranging from composers like Andrea Falconieri, born in 1585, to newly composed pieces by the living composer, Guido Morini. There’s also an interesting mix of 19th- and 20th-century song, and even an example of Neopolitan caberet, popular around the time of WWII. The instrument accompanying the voice in this selection is called a ‘harp guitar’—a type of classical guitar with additional unfretted bass strings, much like the theorbo and archlutes in use centuries before.

The music on this CD is in no particular chronological order. Because of that, listeners really get a sense of music along a circular continuum rather than a linear view.

The other recording we’re featuring on the podcast today also focuses on the city of Naples, but it takes a very different approach. Recorder player Maurice Steger performs on a recording called Una Follia di Napoli. Rather than a breadth of music, this CD presents the life of one particular instrument, the recorder, in one particular city, Naples, with special attention to one particular year, 1725.

Much of the music on this recording comes from or is associated in some way with a manuscript of Neapolitan music for recorder dating from the year 1725 that includes 24 pieces by various composers including Francesco Mancini and Francesco Barbella.

The ensemble supporting Marice Steger, is showcased in the Follia by Alessandro Scarlatti. In addition to the recorder, listener's get to hear a variety of instruments including strings, viols, lirone, keyboards, lutes, and even a dulcimer.