Welcome to Harmonia . . . I’m Angela Mariani. A large collection of music that was thought lost forever after the Second World War re-emerged in Kiev in 1999. Among its more than 5000 pieces is a collection of music composed by some of JS Bach’s predecessors. This hour, we’ll hear music that is certainly by people named Bach—often Johann, but only rarely Sebastian. Johann Michael and Johann Christoph Bach join Georg Christoph and, of course, good old Heinrich Bach. Then, our recording of the week is simply entitled Kantaten, performed by Vox Luminis.

Musica Antiqua Köln, Reinhard Goebel, conductor, performed the aria Zu Tanze, zu Sprunge, so wackelt das Herz (“To dance, to leap, the heart is eager”) from Bach’s cantata BWV 201, whose title translates to “The Contest between Phoebus and Pan.

Included in these pages are some 27 pieces that comprise a collection dubbed by none other than CPE Bach as the Alt-Bachisches Archiv—the “Old Bach” Archive, containing works by seventeenth-century Bach family members and supposedly begun by Johann Ambrosius Bach, Sebastian’s father. Subsequent study of the collection has shown that parts of the collection are in the handwriting of their respective composers. JS Bach’s handwriting is found, too.

The large Saxon-Thuringian Bach family produced such an enormous number of musicians of all sorts, from fiddlers to Kapellmeisters, that by 1700 the name “Bach” was synonymous with “musician.” Sebastian did his own investigation into the genealogy of the family, and his work  remains the most reliable document for the early Bach family history.

Let’s begin with the collection’s first piece, a setting of verses 6-9 of Psalm 116, attributed in the manuscript to “Johann Bach.” Now, of the 14 most famous Bachs, 11 are Johanns, but scholars think this might be Johann Michael Bach, who definitely contributed at least 15 of the 27 pieces in the Alt-Bachisches Archiv and lived from 1648-1694.

Sei nun wieder zufrieden, “Be at peace again, my soul,” a motet probably by Johann Michael Bach the first, was performed by the Debrecen Kodály Choir and Debrecen Bach-Collegium with Dezső Karasszon, organ and Salamon Kamp, conductor, on their 2014 Hungaroton release Motets by the Bach dynasty.

Let’s hear another sacred piece, this one definitely attributed to that same Johann Michael Bach (i). Ach bleib bei uns, Herr Jesu Christ, composed for 4 singers, 2 violins, 3 violas and basso continuo. Its text is based on chapter 24 of the Gospel of St. Luke: “Ah, stay with us, Lord Jesus Christ, because evening approaches now…”

Let’s turn now to one of the few non-Johann Bachs, Georg Christoph Bach, who lived from 1642-1697. His sole representation in the Alt-Bachisches Archiv, and in fact his only known composition, is a vocal concerto, Siehe, wie fein und lieblich ist es for two tenors, bass, violin, three gambas and continuo. It was composed on his 47th birthday in 1689, evidently for performance with his brothers, the twins Ambrosius (Sebastian’s father) and Christoph, probably at some family gathering. Its highly appropriate text is based on Psalm 133, “Behold, how good and joyful a thing it is for brethren to dwell together in unity.”

Though the collection Cantatas: Complete Edition was released by Archiv in 2006, this recording was made in 1986 and features Paul Elliott and Hein Meens, tenors, Stephen Varcoe, bass, and Musica Antiqua Köln, directed by Reinhart Goebel. We heard Georg Christoph Bach’s birthday present to himself, Siehe, wie fein und lieblich.

Welcome back. We’re listening to music from the Alt-Bachisches Archiv, a collection of 27 pieces from JS Bach’s estate that contains music of his predecessors. The other composer most represented after Johann Michael Bach is his brother Johann Christoph Bach, who lived from 1642-1703 and must not be confused with the twin of Ambrosius, nor with Ambrosius’ twin’s son, also Christoph, nor with Sebastian’s brother Johann Christoph!

But never mind, what’s in a name, especially if it is that ubiquitous? It’s the music that counts, and we’re about to hear an unforgettable lament for alto, violin, 3 violas da gamba and basso continuo. The gist of the text, drawn from several parts of the Old Testament, is “Oh, that I had water enough in my head and that my eyes were springs of tears, so that I could bewail my sin night and day.”

Johann Christoph was probably the most important Bach before Sebastian, so let’s hear another of his compositions from the Alt-Bachisches Archiv, this time a motet for double choir, woodwinds, strings, and basso continuo called Lieber Herre Gott, wecke uns auf  from 1679.

The final piece in the collection, the eight-voice motet Ich lasse dich nicht, has been attributed both to J. S. Bach and to the Johann Christoph Bach, whose music we have heard on this program. Even before the extraordinary find of the Altbachisches Archiv, the Bach scholar Daniel Melamed provided evidence that in fact Johann Sebastian was indeed the composer, so let us end our journey with an early composition by the best known “Johann” – Sebastian Bach, a motet in eight voices, very somber, very beautiful. Its text: “I will not let you go, until you bless me, My Jesus! Through your death, O Lord, may you grant me [this] salvation and may I always, always thank you.”

We return to our featured release of the week, the 2019 Ricercar CD Kantaten by Vox Luminis, whose director is Lionel Meunier. On this recording The Johanns Christoph and Michael Bach are each represented by two cantatas:  Johann Sebastian gets one (the very early BWV 4 Christ lag in Todesbanden), and we are introduced to the only surviving work of Heinrich Bach, the father of Johanns Christoph and Michael. Heinrich was an organist and composer who worked for churches in Erfurt and Arnstadt. Ich danke dir, Gott, which dates from 1681, was written for the 17th Sunday after Trinity for five voices, 2 violins, 2 violas and continuo. Reverent, celebratory, and florid music intertwines in a style very reminiscent of Monteverdi.

Heinrich Bach’s Ich danke dir, Gott was performed by Vox Luminis, directed by Lionel Meunier, on their 2019 Ricercar release entitled Kantaten. All the cantatas on the disc, save JS Bach’s Christ lag in Todesbanden, are drawn from the Alt-Bachisches Archiv.

Let’s end with a work by Johann Michael Bach, a setting of text from Psalm 21, “Oh Lord, the King rejoices in your strength,” and the only recording so far of this sunny and serene composition.

We’ve been listening to our recording of the week, the 2019 Ricercar CD Kantaten, performed by Vox Luminis, whose director is Lionel Meunier. That was Johann Michael Bach’s Herr, der König freuet sich. 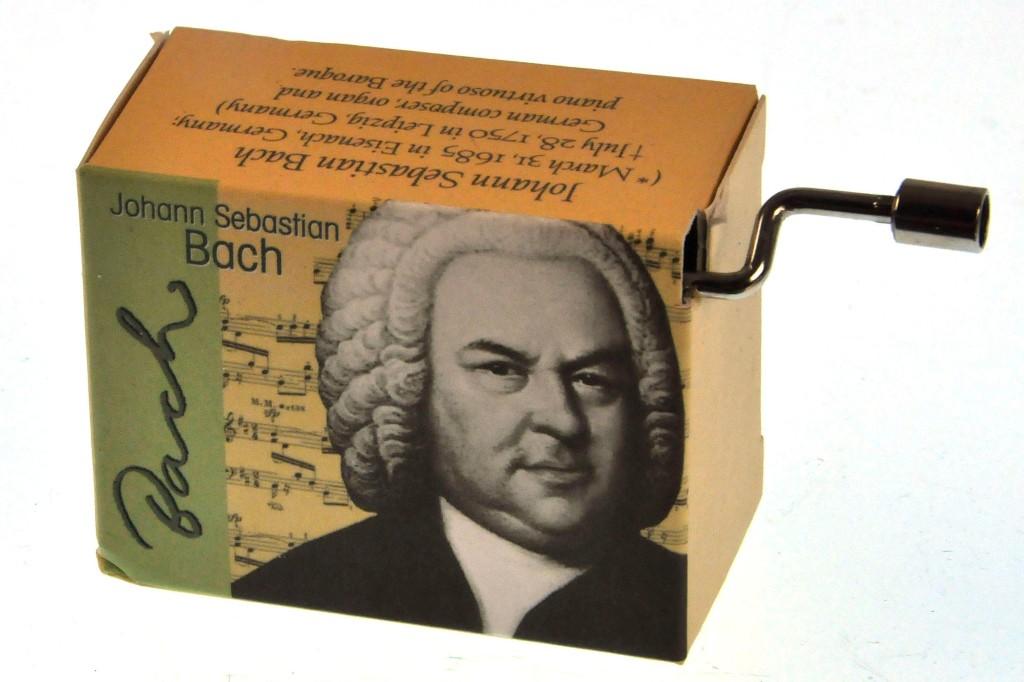 A large collection of music that was thought lost forever after the Second World War re-emerged in Kiev in 1999. Among its more than 5000 pieces is a collection of music composed by some of JS Bach’s predecessors. This hour, we’ll  hear music that is certainly by people named Bach—often Johann, but only rarely Sebastian. Johann Michael and Johann Christoph Bach join Georg Christoph and, of course, good old Heinrich Bach. Then, our recording of the week is simply entitled Kantaten, performed by Vox Luminis.