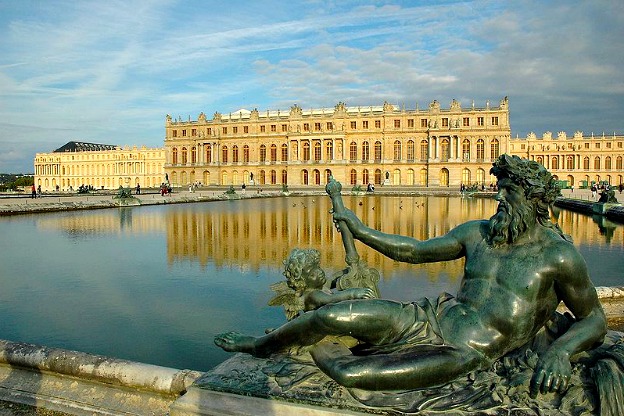 The Centre de musique baroque de Versailles formed in the late 1980’s with the mission of researching  and performing French 17th and 18th century music. A choir school (maîtrise  in French) was established to train child and adult singers who would perform the great works of the French sacred tradition in the way they were meant to be performed at the Chapelle Royale in Versailles in the early 18th century.  This recording celebrates the 20th anniversary of the founding of the maîtrise.

Comprising excerpts from any number of studio recordings and live concerts at the Chapelle Royale, the repertoire includes music of the mid-16th through mid-18th century by  composers, some familiar, like Marc Antoine Charpentier, Jean-Baptiste Lully and Claude Lejeune, but also music of lesser known composers such as Eustache du Caurroy, Nicolas Formé and Etienne Moulinié.

The earlier repertoire paints us an aural picture of the first Academy in France, which was founded to revive classical Greek and Roman poetry in France just as the humanists undertook in renaissance Italy.  Its founders were trying to revitalize French poetry by applying ancient meters to it and then combining it with simple music. Claude Lejeune was its most influential musical member, and his Muze, honorans, a piece which might have been sung at the coronation of Henry IV, the peacemaker to whom so much of the sacred music of this period was dedicated. The ornamentation of the piece in general and the use of the cornetto in particular features on this recording.

Music was such an important part of Louis XIII’s life that when his musical establishment was delayed during the siege of La Rochelle, he supposedly composed and directed the music for divine service himself. Unfortunately, very little of his music survived the French Revolution, but we do have polychoral music of the little-known Nicolas Formé, who was among the most important composers at Louis’ court. The changing of French pronunciation of Latin during the period covered, starting out very similar to Italian Latin, but becoming very French, with French vowels and the stress falling on the last syllable of every word and not the penultimate, as one would hear in Rome.