Music For Lent And Easter 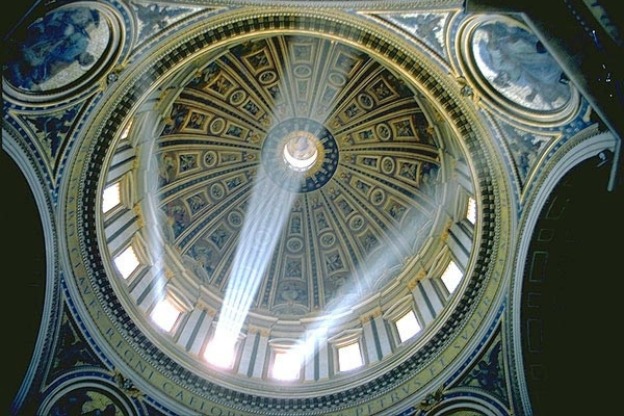 The 16th century was a formative time for the Catholic Church. It was the time of the Counter Reformation and the Council of Trent, along with the construction of St. Peter’s Basilica, and Michelangelo’s painting of the ceiling of the Sistine Chapel. And, it’s from the Sistine Chapel that smoke rises when a new pope is elected by the College of Cardinals during Conclave.  The Catholic Church just elected a new Pope who took the name, Francis I, and the transition happened just in time for Easter too. Today, we're featuring largely 16th century music from Lent and Easter.

Two new recordings take us on a journey through this Christian holy season. Martin Baker directs the Choir of Westminster Cathedral  in a 2013 Hyperion release of A Sequence of Music for Lent, St. Joseph, and the Annunciation, and Harry Christophers and The Sixteen perform on a 2013 release from the Coro label: Volume 3 in a series of music by Palestrina.

On the Christian calendar, Ash Wednesday marks the beginning of the Lenten season. The Choir of Westminster Cathedral perform a setting for Ash Wednesday: William Byrd’s five-voiced motet, Emendemus in melius. Byrd published the motet in 1575 in a collection with Thomas Tallis that was called Cantiones Sacrae. Byrd and Tallis both contributed 17 motets to the collection that was dedicated to Queen Elizabeth I, apparently in reference to the 17th year of her reign. One of Tallis’s contributions to the Cantiones Sacrae was a setting of the Compline hymn, Te Lucis ante terminum.

The hymn, Audi, benigne conditor, meant for use at the evening Vespers service on the first Sunday of Lent. The 5-note plainsong is performed by the choir of Westminster Cathedral. The ancient chant melody is heard here with a not-so-ancient organ accompaniment provided by Peter Stevens on the Cathedrals organ, first installed in the 1920’s but overhauled and re-voiced most recently in 1996.

The sixth Sunday in Lent, known as Palm Sunday, marks the beginning of Holy Week, the last week of Lent before Easter. Harry Christophers and The Sixteen perform music by Palestrina, a setting of Improperium exspectavit cor meum, for Palm Sunday.

They also perform a Stabat Mater by Palestrina: a double choir setting for 8 voices that depicts Mary’s sorrow at the crucifixion of her son. It was probably first sung during Holy Week in 1590, at St. Peter’s Basilica.

And finally, music for the joyful part of this season, Easter Sunday, which marks Jesus’ resurrection three days after his death:  Palestrina’s Terra tremuit, a shining example of 16th-century polyphonic liturgical music. Palestrina died in 1594, and is buried in a crypt in the same St. Peter’s Basilica in front of which crowds gathered this March, awaiting news of the new Pope.