Music From The Eton Choirbook 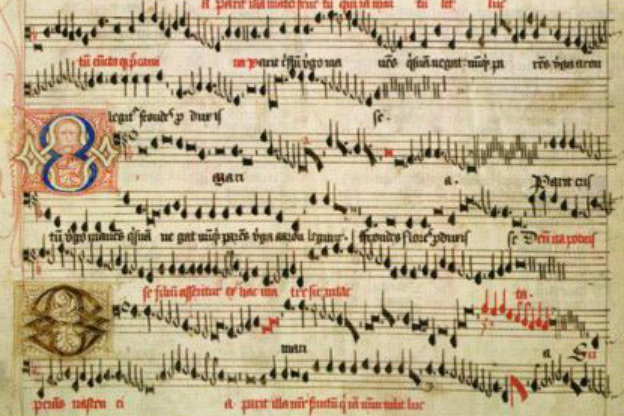 The ensemble Tonus Peregrinus has a new recording titled, Music from the Eton Choirbook, released by Naxos.

The Eton Choirbook is a 500 year old manuscript of latin liturgical music from pre-reformation England, held, as you might expect, in the collections of Eton College. It was copied out in the 1490s.

The Eton Choirbook is a big book, not only in the sense that it contains music from 25 different composers, but also, it is quite literally, a very big book. Measuring almost 2 feet long on one edge, and 17 inches along the other, part of what makes the book so big is that the music is copied in a very large script. Scholar Magnus Williamson has speculated that to make the Eton Choirbook, it would have cost an entire annual salary of a senior chaplain, and required the skins of 112 average sized calves!

15th century wars, political and religious turbulence devastated many libraries. Even the Eton Choirbook suffered some losses through the years: of the original 224 leaves of the manuscript, only 126 have survived. What does remain of the Eton Choirbook is important as it gives us a good idea about a generation of English music and its composers, who otherwise, we would know very little about.

Twenty-five composers are represented in the manuscript. One of those composers is Walter Lambe whose five-part polyphonic setting based on the plainchant Nesciens mater is performed on the CD.  The Eton Choirbook also contains twenty-four settings of the Magnificat. One of those Magnificats is by Hugh Kellyk, a piece which before now, hasn’t ever been recorded.

Also on the recording is an unusual 13-part canon by Robert Wylkynson set to the text of the Apostle’s Creed. The fact that the opening chant "Jesus autem transiens..." or "Jesus passing through the midst of them," is a text that also gets passed back and forth between the voices throughout the piece, and that the vocal range encompasses 13 notes, and that 12 apostles plus Jesus adds up to the number 13, is reason to wonder if Wylkynson might have been composing a sort of musical riddle!