Music From The Court Of Louis XIV 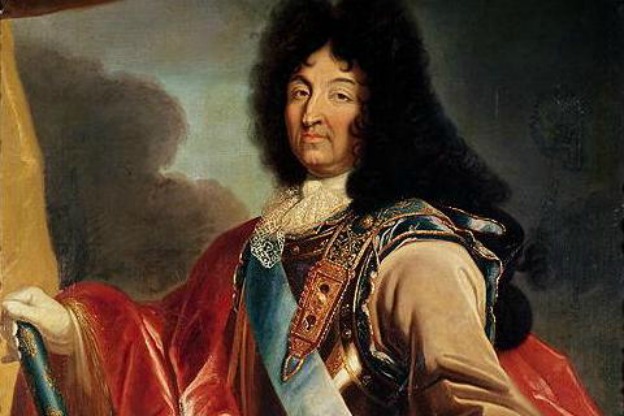 Today, we head to France at the time of Louis XIV with music from two new recordings. First up, a 2013 Delphian records release of French baroque keyboard music by Marchand, Jacquet de la Guerre, Lully, D’Anglebert and others. Especially noteworthy about the recording is the instrument on which John Kitchen performs the program: that is, an original instrument built in 1755 by Luigi Baillon, an Italian instrument maker who worked in Burgundy.

Lully is probably the most famous composer to have served in the court of Louis XIV, but Louis Marchand might get the prize for being the most infamous! Marchand’s reputation is colored by abusive, erratic, and headstrong behavior—behavior that allegedly, got him banished from Louis’ court. Fact or fiction, the details of the story are a little fuzzy, but about Marchand’s genius and gift at the keyboard, there is no question.

Elisabeth Jacquet was born into a well-connected family of musicians, and began singing and playing the harpsichord at the court of Louis XIV when she was only 5 years old. She left the court, and married the organist Marin de La Guerre in 1684, all the while continuing to teach, perform and compose. She was the first French woman to compose an opera, and also published several sets of cantatas and songs, as well as pieces and sonatas for harpsichord and various other instruments.

In range and style, these pieces seem to be ideal for the baroque flute…that is, the horizontally held, one-keyed traverso….and, it’s this kind of instrument that Manuel Staropli uses to play Visee’s Suite in e minor.

The liner note that accompanies this recording contends the possibility that a bass recorder could historically have been used for Visee’s suites…not only as continuo accompaniment, but on the dessus part as well. The bass recorder with the viola da gamba and theorbo makes for an interesting sound texture.  The theorbo that is heard on the recording would have been similar to what de Visee might have played himself: a 14 course instrument, with 8 chromatic strings, the first two lowered by an octave