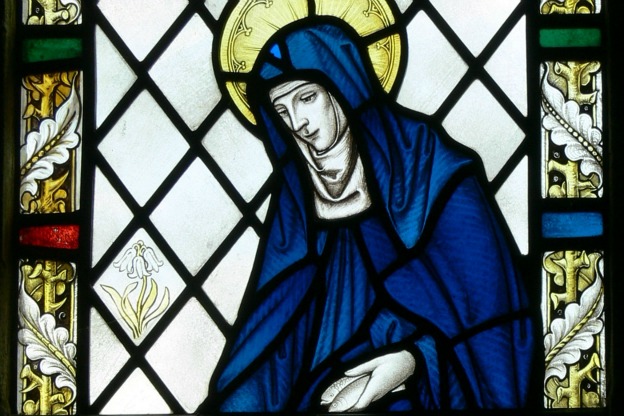 Time capsule for this episode: 1381

A consort combines different sized instruments of the same family, or in the case of a broken consort, mixes instruments from different families. As part of an ongoing exploration of the renaissance consort, we're focusing on the harp.

Beginning in the middle ages, two distinct types of harp emerged and were widely played through the renaissance. One was the Gothic harp, an instrument with typically twenty-four strings. The second type was the Irish harp, which had as many as forty-three strings. Its distinct metallic tone was praised in Francis Bacon's Sylva Sylvarum of 1627: He said, "No harp hath the sound so melting and prolonged as the Irish harp."

Let's hear an example of that "melting and prolonged" sound in a performance of a traditional Irish lament, followed by a contrasting piece on a Gothic harp.

To accommodate the increasing chromatic adventurousness within renaissance works, large double- and triple-strung harps were introduced in Italy during the sixteenth century. These innovations enabled the harp to take its place alongside the lute and organ to accompany treble instruments and the voice.

From chanting monks and nuns to the sound of harps, let's travel to the Isles of the middle ages and hear music for saints associated with Ireland, Scotland, and Wales.

Little polyphonic music survives from medieval Ireland, but much chant has come down to us.

Saint Patrick, one of the patron saints of Ireland, was not Irish, but Romano-British. Active in the second half of the fifth century, he was captured and forced into slavery in Ireland when he was about 16 years old. He escaped and returned to Britain, became a cleric and eventually a bishop, and returned to Ireland as a missionary. Much of the surviving chant about St. Patrick describes the miracles attributed to him.

Saint Brigid is another patron saint of Ireland, and her feast day falls on February, 1st, which is the pagan Celtic celebration Imbolc. This has led some scholars to propose that St Brigid is the pagan Irish goddess Brigit re-imagined as a Christian saint.

Accounts of Brigit's life tell that she was born in Ireland to a pagan king of Leinster and a Christian slave mother. Brigit is credited with founding two monastic institutions and a scriptorum. Let's hear a lesson and antiphon from the Matins office for the Feast of St. Brigid.

Irish saints traveled widely in Europe, founding monasteries, churches, and inspiring chant. Saint Kilian was a wandering Irish priest who settled in present-day Germany, Switzerland, and Austria. He became bishop of Wurzburg and died around 689. Here's a 12th-century antiphon for first Vespers interpreted by the ensemble Altramar.

Our featured release is the 2011 recordingÂ Lamentarium, by the ensembleÂ Atalante. The ensemble's director is Erin Headley, known since 1980 as the first and foremost performer on theÂ lirone, a bowed string instrument whose sound is chordal rather than melodic.

On this recording, the organ and the lirone provide sounds that are sustained, by wind and a bow respectively, while the harpsichord, chitarrone and harpâ€“a very special one with three sets of strings, (two outer ones that function like the white keys on a piano, and an inner set like the black keys)â€“are plucked instruments whose sound is sustained by the resonance of their strings.

These instruments in various combinations offer unique possibilities and a rich palette of colors to singers, as you will hear in this meditation of the MaryÂ Magdalene byÂ Luigi Rossi, which is about Christ as he hangs on the cross.