The philosophical, scholarly, and creative thinkers of the 17th and 18th-century period we call the Enlightenment looked back to the Ancients to inspire their forward-looking science and art. They found creativity in the retelling of tales from Greek and Roman mythology---but with what we might call a Baroque twist. This hour, musical tales from the gods of Mount Olympus. Our featured release is Baroque Music for Trumpet and Organ, with trumpeter Jason Dovel and organist Schuyler Robinson.

Even as their temples crumble and the paint on their marble statues fades away, the 12 gods of Mount Olympus live on. Zeus, Hera, Apollo, Artemis, and the rest are immortal in our collective memory.

Francesco Cavalli’s opera for the Venice Carnival season of 1640 brings to life the story of Apollo and his pursuit of a nymph, Daphne. Based on Ovid’s version, Apollo’s passion is unfulfilled when Daphne turns into a laurel. Apollo laments the loss of his love. Here is “Lamento di Apollo,” from Gli amori d’Apollo e di Dafne by Francesco Cavalli.

Apollo wasn’t the only Olympian with a troubled love life. In the myth of Venus and Adonis, the goddess of love ends up in a love triangle with Mars, god of war, and Adonis, a huntsman. Ultimately, a jealous Mars leaves the picture. Adonis is killed in the hunt, and Venus ends up alone. Premiered at Drury Lane, the theater manager said that Pepusch’s new opera was “an attempt to give the Town a little good Musick in a Language they understand.” We’ll hear the overture as well as the last section, where Adonis dies and Venus is driven mad.

A few decades after Pepusch’s opera delighted audiences at Drury Lane, French violinist and composer Jean-Joseph de Mondonville brought his own version of Venus and Adonis to the Académie royal de musique in Paris. In Mondonville’s production, The Festivals of Paphos, the story goes beyond Adonis’ death. Here, Jupiter brings Adonis back to life, and he is reunited with Venus. We’ll hear “That I pity mortals” and the triumphant tamborin from Act I of The Festivals of Paphos.

We heard “That I pity mortals” and “tamborin” from Mondoville’s The Festivals of Paphos. Les Talens Lyriques was directed by Christophe Rousset.

Welcome back. This hour, we’re touring Classical Greece and Rome. Down the mountain from Olympus, our heroes are subject to the whims of gods and nymphs—and of fortune and fate. Homer’s Odyssey inspires art to this day. In The Return of Ulysses to his Homeland, Monteverdi and librettist Giacomo Badoaro pick up in the second half of the legend. Upon coming home from the Trojan Wars, Ulysses encounters yet more trials as he tries to reunite with his faithful wife, Penelope. The Gods, including Minerva, Cupid, Neptune, Jupiter, and Juno, all interfere—making some things better, and others worse!

Here, Neptune rises out of the sea, declaring man’s arrogance and sin, saying that only the heavens can pardon his offences.

As we continue to descend further from Olympus, we find the myth of Proserpine and Pluto. In the opera, Pluto abducts Proserpine in order to bring her to the underworld and make her his queen. We also witness Ceres’ love for Jupiter. All the while, the messenger god Mercury brings goes back and forth from the underworld to earth to the heavens. Proserpine has a libretto by Phillipe Quinault and music by Jean-Baptiste Lully. Here is the end of the prologue—overture to Act I.

Baroque Music for Trumpet and Organ

For now, we’ll leave the gods on Mount Olympus and come down to earth in Lexington, Kentucky. Professor of trumpet at University of Kentucky, Jason Dovel enjoys a varied career as performer, teacher, and composer. On his new CD, Baroque Music for Trumpet and Organ, Dovel explores solo works for natural trumpet. We most often listen to this instrument in a large context—orchestral pieces and oratorios. In the smaller settings of sonata and solo suite, we hear the instrument’s majesty in a more intimate setting. Here is Giuseppe Torelli’s Sonata in D Major for trumpet and keyboard.

Wind players today are fond of Johann Friedrich Fasch for his colorful chamber and solo works for woodwinds and brass. Although he had a difficult beginning in music—he was self-trained and had a hard time finding funding—Fasch ultimately became an important violinist and composer, holding positions in Germanic and Czech lands—Bayreuth, Prague, and Zerbst. It was probably his short time in Dresden that inspired his wind writing--that city was known for its orchestra. Here’s the Largo and Allegro from Fasch’s Trumpet Concerto in D. 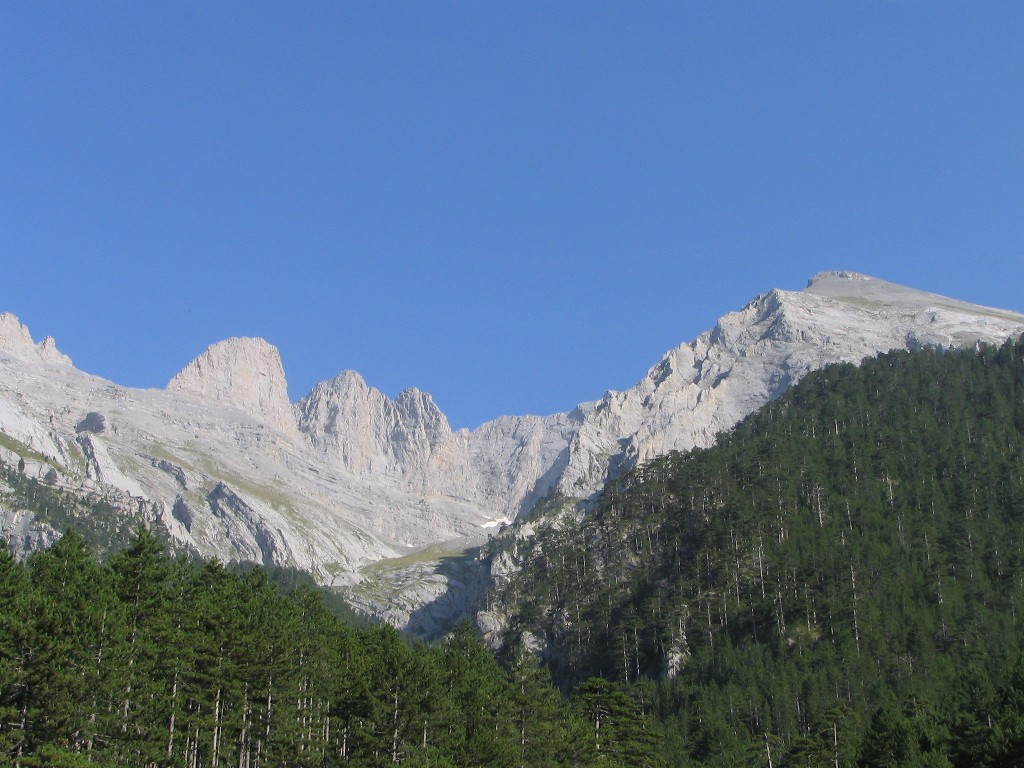 The philosophical, scholarly, and creative thinkers of the 17th and 18th-century period we call the Enlightenment looked back to the Ancients to inspire their forward-looking science and art. They found creativity in the retelling of tales from Greek and Roman mythology---but with what we might call a Baroque twist. This hour, musical tales from the gods of Mount Olympus. Our featured release is Baroque Music for Trumpet and Organ, with trumpeter Jason Dovel and organist Schuyler Robinson.