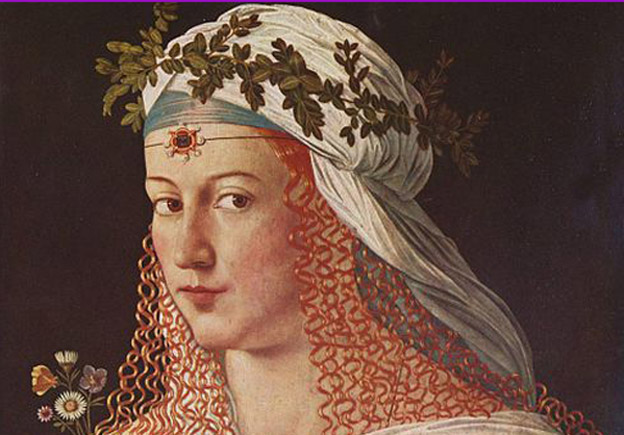 Lucrezia Borgia has a rather dreadful reputation that is largely undeserved.  She was one of the greatest patronesses of the arts of all times. She and her husband, Duke Alfonso d’Este, were responsible for bringing some of the famous composers of their day – Josquin des Prez, Jacob Obrecht and Antoine Brumel – to the court in Ferrara.

Duke Alfonso was known to his own men as “il terremoto” – the earthquake, and it is probably while Brumel was in his employ from 1506-1510 that he composed his Missa “Et ecce terrae motus.” The mass is unusual in several ways, the most striking of which is that fact that it is in twelve parts instead of the usual four parts that was the norm on the continental mainland at this time.

In 2011 Newton Classics re-released the Huelgas Ensemble’s recording of Brumel’s Mass and setting of the sequence “Dies irae.”