All In A Life's Work: Marin Marais 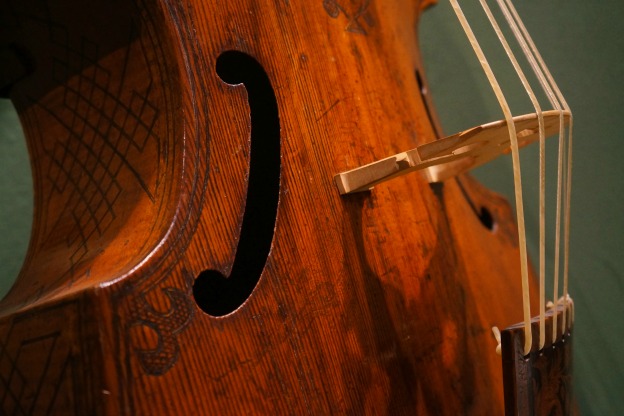 The son of a shoemaker, Marin Marias, with the help of a well-connected uncle, attended a choir school as a young boy.  It was there that he also started to play the viol. By the time he was 19, Marais landed a gig with the Opéra orchestra in Paris, which at the time, was under the direction of Jean-Baptiste Lully. Marais soon became a chamber musician to the king; recognized for his virtuosic viol playing, he made a splash in the 18th-century music world not only as a performer, but as a composer.

Between 1686 and 1725 Marais published five books of pieces for viol and continuo. A 2013 recording on the Flora label presents several of the Pieces de Viole from Marais’ second book, published in 1701. Performing are Philippe Pierlot and Rainer Zipperling who play bass viols, Eduardo Eguez, theorbo, and Francois Guerrier, harpsichord.

Perhaps the most famous and enduring of Marias instrumental music is his couplet de folies, variations on the Spanish dance La Folia, which like Marais’ e major suite is also found in his second book of pieces from 1701. It’s worth noting that only the year before, in 1700, in Rome, Corelli had published his famous op. 5 violin sonatas that included his own set of variations on La Folia. Certainly the tune was in the air—like Corelli’s op. 5, Marais couplet de folies is a tour de force. The pieces comprises an impressive set of 32 variations that show off Marais command of both virtuosity and simple singing melody, all of course, with a distinctive French flavor.

Ten years lapsed between Marais’ second and third book of pieces for the viol, but in many ways the composer simply picked up where he left off. Like his previous publications, Marais’ Book 3 contains several suites made up of movements with dance titles, (allemande, courante, sarabande, etc.). Even though these pieces weren’t meant as music to be danced to, as character pieces they nonetheless mirrored the dance types of 18th-century polite society. Selections from Book 2 are performed on a 2013 Ramee release by Mieneke van der Velden and Fred Jacobs called Images.

Marais’ 4th book of pieces de viole started to take a compositional turn. One interesting suite from Book 4 is the Suitte dans le goût étranger (suite in the foreign style) made up of a whopping 36 pieces.

Book 4 also contains a couple of suites for three viols. Published in 1717, these pieces for multiple instruments seem to look forward to Marais’ next collection published six years later in 1723, this time a collection of chamber music that features the violin in partnership with the viol. There are three works included in the 1723 publication: La Gamme en forme de petit Opera, Sonata a la Maresienne, and Sonnerie du Sainte Genevieve du Mont du Paris, and a 2013 Linn Records release from Trio Sonnerie presents them all in their entirety.

Marais' La gamme en forme de petit opera, or “the scale, in the form of a little opera,” is a series of pieces including dance movements and fugues that over the course of nearly 35 minutes of music follows the path of an ascending scale that eventually turns around to find its way back to the home key.

La Gamme is quite the departure in terms of scope and instrumentation from usual Marais, but his 5th book of pieces returns to the expected format of dance suites for solo viol with continuo. Published just three years before his death in 1725, book 5 includes, like the other collections, incredibly gorgeous music from the imagination of this extraordinary composer.