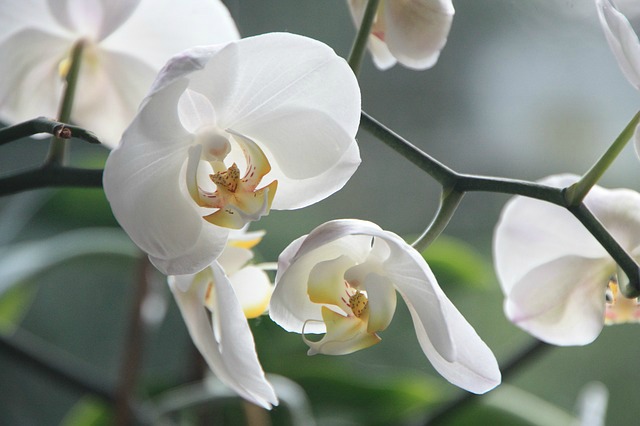 A word of introduction:

"Hello Harmonia podcast listeners.  This is Janelle Davis, and I've come back into the studio today to record a special introduction for this week's edition of the podcast. We were sad this week to learn of the sudden and unexpected passing of  baroque oboist, Washington McClain. As many of our listeners probably know, Harmonia is a production of WFIU from the Bloomington campus of Indiana University, and Washington has been on faculty at Indiana since 2001. So while his passing feels close to home to those of us here in Bloomington, Washington was well known and well loved in just about every corner of the early music community. He had much more music in him to give, and is gone to young, and far too soon.

As it happens, by providence or by chance, last week, Wendy and I met in the studio to record the podcast you're about to hear, and discussed two new cd's: one with music by François Couperin performed by the ensemble Les Dominos, and the other, a recording of music by François Chauvon. At the time, we had no way of knowing that this Chauvon recording would be one the last that Washington would ever make. Washington is heard here with his colleagues, Michael McCraw, Charlotte Nediger, Julia Wedman, and Alison Melville. On the podcast coming up, you'll get to hear a tiny glimpse into the brilliant musicianship of Washington McClain. But not only was he an exceptional oboist, he was a generous teacher, friend, mentor, colleague, and a beautiful soul. Thank you, dear Wash for sharing your life and your music with us. You were deeply loved, and will be greatly missed."

“Les deux François,” Couperin and Chauvon composed in a new genre of instrumental music in the so-called gouts réunis. Translated, it literally means "the united tastes," and it merged elements of the Italian style with French idioms combining the French passion for programmatic music with the Italian concertato texture.

For a long time, European centers had developed their own specific musical tastes and styles. These differences were especially apparent between France and Italy. Italian music tended toward displays of virtuosity, while expression in French music was more controlled.

Bourdelot’s 1715 L’Histoire de la musique compares Italian music to the flirtations of “a featherbrained woman” or an “amiable coquette” while likening French music to a “beautiful woman whose simple, natural, artless beauty wins the hearts of all those who gaze upon her…”

It’s pretty apparent that the prevailing attitude of the time was that the Italian style was incapable of measuring up to French standards of good taste, despite the fact that lots of French people were totally seduced by it. By the 18th century, some French composers started to think that maybe they could benefit from a little more fire. French composers began to incorporate Italianate elements into their own music.

Couperin emulated one Italian composer in particular, Arcangelo Corelli.  Sometimes you can really hear Couperin using the Italian style in many of his own sonatas, and in others, he stays truer to French tastes.

The sonatas on this 2012 Ricercar release, performed by the ensemble, Les Dominos, were either not published at all, or only very late in Couperin’s career. Those that were eventually published were ones that Couperin renamed and revised to become the preludes to dance suites in 1726 collection of pieces called Les Nations. The manuscript of the piece, La Convalesente was only recently discovered, and not in France or Italy, but in Germany of all places, in a copy made by the violinist Johann Georg Pisendel. It’s worth noting that this piece turns up again as Bach’s BWV 587 for organ, although this attribution is spurious.

We can say with certainty is that Couperin was influenced by Corelli and was in turn was admired by many other composers.  Indeed, one of those composers was our other François, François Chauvon. Chauvon's music can be heard on a 2012 Early-music.com label release, a CD called François Chauvon: Les Nouveau Bijoux, or "the new gems."

François Chauvon was an oboist and student of François Couperin, to whom he dedicated his set of suites and sonatas entitled Tibiades in 1717. The word “tibia,” (in addition to being one of the leg bones between the knee and the ankle), conjures an image of an ancient flute made of bone. Chauvon designated this publication a “new genre” of works. It comprises suites of movements, some as short as twenty-nine seconds, the longest about two-and-a-half minutes, that illustrate the very fashionable gouts réunis that we have already talked so much about.

On the title page, Chauvon specifies that some of the works are for flute and oboe and some are sonatas for violin, but within the suites themselves he gives no indication of scoring for any individual movement. This lack of specific information is a wonderful opportunity for creativity. Recorder and traverso join the violin, oboe, bassoon and harpsichord in all sorts of combinations offering a wide variety of timbres and textures.

The performers on this recording are Washington McClain, Alison Melville, Julia Wedman, Michael McCraw and Charlotte Nediger. And these people are really good at playing in unison! It's not just tuning, which in itself is the first hurdle, but it is the intricacies of rhythm and ornamentation that are a challenge to performers.

There something new with each track.  In all, the CD contains eight suites of 4 to 8 movements and gives us 47 tracks with diverse instrumentation, and therefore, many different colors and textures to enjoy.