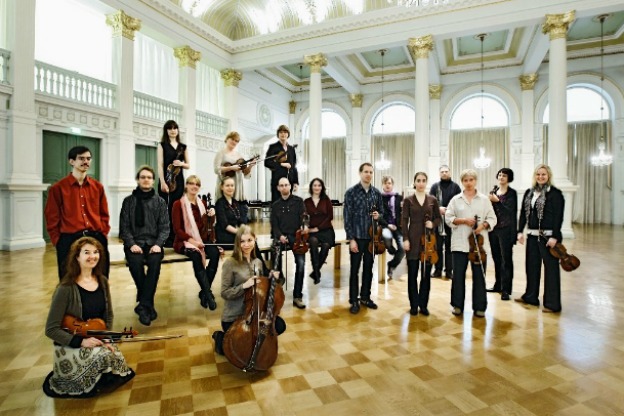 A 2014 Naxos release of Arias and Overtures performed by Monica Groop and the Helsinki Baroque Orchestra feature the composer Joseph Martin Kraus and several of his works that until now have never been recorded.

A contemporary of Mozart

Joseph Martin Kraus was Mozart’s exact contemporary. Both were born in 1756—Mozart in Salzburg and Kraus in Miltenberg in central Germany. But Kraus didn’t stay in Germany. When he was 22, he took off looking for work, arriving in Stockholm in 1778 hoping to get a job in Sweden at the court of Gustav III.

If Kraus thought it would be easy to break into the scene, he was wrong. It took two years before he got his big break with a commission to write a trial opera for Gustav. No pressure…but the operas text was being written by the king himself! Kraus must have done okay because after a successful private performance of the work in 1781, he was awarded with an appointment as deputy Kapellmästare in Gustav’s court. The trial opera he composed for the occasion was Proserpin.

A few years later, Kraus was appointed the director of curriculum at the Royal Academy of Music in Stockholm, a position which helped to solidify his good reputation as a teacher, composer and conductor. Here’s an interesting tidbit. Kraus is known for being one of the first to use a baton exclusively when conducting—much the same as modern day conductors, for better or worse!

Kraus was a well-traveled man. In 1782, Gustav had financed a European tour for the composer to Germany, Austria, Italy, England, and France where he absorbed the latest musical styles and met important composers like Gluck and Haydn. Several of the songs on this disc reflect these travels, their texts in Italian or French. But at home in Stockholm, Kraus, of course, composed some of his songs in Swedish. Some of these were insertion arias intended as a musical interlude for a play or other spoken entertainment. One Swedish song on this recording is titled, Hör mina ömma suckar klaga. Kraus’ original music for the song was lost in a theater fire in 1827.