Homeland: Music of Loss and Longing

Have you ever reached out for something, over and over, only to find that it is just beyond your grasp? This hour on Harmonia, we explore music about loss and longing. The troubadour’s tale of unrequited distant love is paired with stories of having to leave one’s homeland, for one reason or another, expressed in melody and song. Plus, our featured release: Out of Italy, eighteenth century music for two cellos with Phoebe Carrai and Beiliang Zhu.

The opening movement, Allegro, from Luigi Boccherini’s Sonata for Two Cellos in C Major, G. 17. We heard baroque cellists Phoebe Carrai and Beiliang Zhu from our featured release “Out of Italy.”

[Start the music track, fade after a few seconds for voice track]

The theme of unrequited love and loss is prominent in the poetry of the medieval troubadours. Their story also relates to our other theme this hour, one of exile from the homeland. The thirteenth-century Albigensian Crusade against the Cathar heresy killed off many of the troubadour’s patrons, and decimated the culture in which they had flourished. Many of them fled to Italy, Spain, and other lands.

But getting back to the faraway love: one of the most famous 12th century troubadours was Jaufre Rudel, whose songs often alluded to the love of a woman in a distant land. According to his vida – short biographies of the troubadours, most likely highly fictionalized -- she was the Countess of Tripoli. Jaufre supposedly made it—eventually--to the Countess of Tripoli’s castle, where he promptly died in her arms.

The term troubadour comes from the Occitan word “trobar,” meaning “to find,” like the French word trouver, but also “to compose or invent.” Troubadours were both men and women, and both wrote and improvised text and music to tell stories of love, loss, chivalry, and more. From the northwest area of the Iberian peninsula, Galicia, we have songs called Cantigas de Amigo. Only one set survives with music – a cycle of songs by Galician troubadour Martin Codax, who sets his melodies to lyrics written from the literary perspective of a female narrator.

In the first of these, “Ondas do mar de Vigo,” a woman sings of her longing for her friend, off at sea, saying, ‘Will I see him soon? Have you seen my friend, whom I yearn for? Have you seen my beloved, about whom I worry greatly?’ Later, in the song “Eno sagrado en Vigo,” the speaker imagines dancing in a sanctuary on the shores of her homeland, Vigo, far away from her friend. “Eno sagrado” is the only song in Codax’s cycle to be missing its melody--which has inspired many modern musicians to include it with the others, but invent their own tune.

Sometimes, our loss and longing is for a city that we have called home. Heinrich Isaac wrote “Innsbruck, ich muss dich lassen,” lamenting having to leave his post there. “Innsbruck, I must leave you, and travel the roads to a foreign land. My joy is taken away, and in my misery, I don’t know how to get it back.”

“Innsbruck, I must leave you,” by Heinrich Isaac. Capilla Flamenca and Oltremontano were directed by Dirk Snellings.

One well-known hymn of longing for a lost homeland has been set to music for hundreds of years in many languages. The 137th Psalm, “By the Waters of Babylon,” expresses the painful yearnings of the Jewish people during their Babylonian exile. In 17th-century Germany, a paraphrase of the psalm was well established as a Lutheran hymn that was the foundation for works by Schütz, Pachelbel, J.S. Bach and many others…including the composer and organist, Franz Tunder. We’ll hear his short cantata, An Wasserflüssen Babylon.

The short cantata, An Wasserflüssen Babylon (“By the waters of Babylon”) by Franz Tunder, performed by soprano Greta De Reyghere and the Ricercar Consort.

You can hear highlights from recent and archival concert recordings of early music on Harmonia Uncut -- our biweekly podcast, curated and hosted by Wendy Gillespie. Listen online at harmonia early music dot org and through iTunes. You’re listening to Harmonia . . .  I’m Angela Mariani.

Welcome back! This hour, we’re listening to works of longing and loss. Sometimes, we are made to feel not at home in our own land. This was the case for Catholics under the reign of Queen Elizabeth I in the second half of the sixteenth century. Although Elizabeth claimed tolerance of religious diversity, actions by the English parliament and the Papacy in Rome led to much persecution of prominent Catholics in England during this time. Among the composers who didn’t feel at home in his own land was the Catholic William Byrd. We’ll hear his setting of Psalm 136, “Quomodo cantabimus,” “How shall we sing the lords song in a strange land?”

Our feature this hour, Out of Italy, comprises music for cello by composers who left the Italian peninsula. Although Italy was once considered the “home of music,” many Italian musicians in the eighteenth century—composers, instrumentalists, and singers—left Italy to seek their fortune in other lands. Francesco Geminiani was among the many to depart. He left Italy for London after spending time in Naples and his native Lucca. He quickly became popular as a virtuoso violinist, as well as a composer and teacher, performing violin concerti for King George the first, with Handel at the keyboard. We’ll hear the third and fourth movements, “Adagio,” and “Allegro,” from Geminiani’s Sonata in F Op. 5, No. 5 for two cellos.

The closing two movements, “Adagio” and “Allegro” from, Francesco Geminiani’s Sonata in F Op. 5 No. 5. Phoebe Carrai was the solo cellist with a continuo section of Beiliang Zhu (cello), Charles Weaver (lute), and Avi Stein (harpsichord).

Another composer among the many to leave Italy in the eighteenth century was Giacobbe Basevi Cervetto. Like Geminiani, Cervetto left Italy for London, where he became a very successful pedagogue and theatre musician. The Divertimento we’re about to hear, in fact, is very likely one of his several pieces published for teacher and student. Cervetto’s new home seems to have worked out for him—according to the JewishLivesProject website, he is said to have [quote] “performed at Vauxhall every summer up to the age of 98, and died at the age of 102 at Friburg’s snuff shop in the Haymarket.”

Georgio Antoniotto was another Italian composer who left his homeland. Antoniotto left Italy and joined the Spanish army in the War of Spanish Succession. He then moved to Geneva, rather than back to Italy, and spent his career teaching throughout Europe. We’ll hear the opening movements from his Cello Sonata No. 8 in G Major.

Music from Giorgio Antonietto’s Sonata in G Op. 1 No. 8 from Avie Records 2019 release, Out of Italy.

Harmonia is a production of WFIU. Support comes from Early Music America which strengthens and celebrates early music by supporting the people and organizations that perform, study, and find joy in it...on the web at EarlyMusicAmerica-DOT-org. 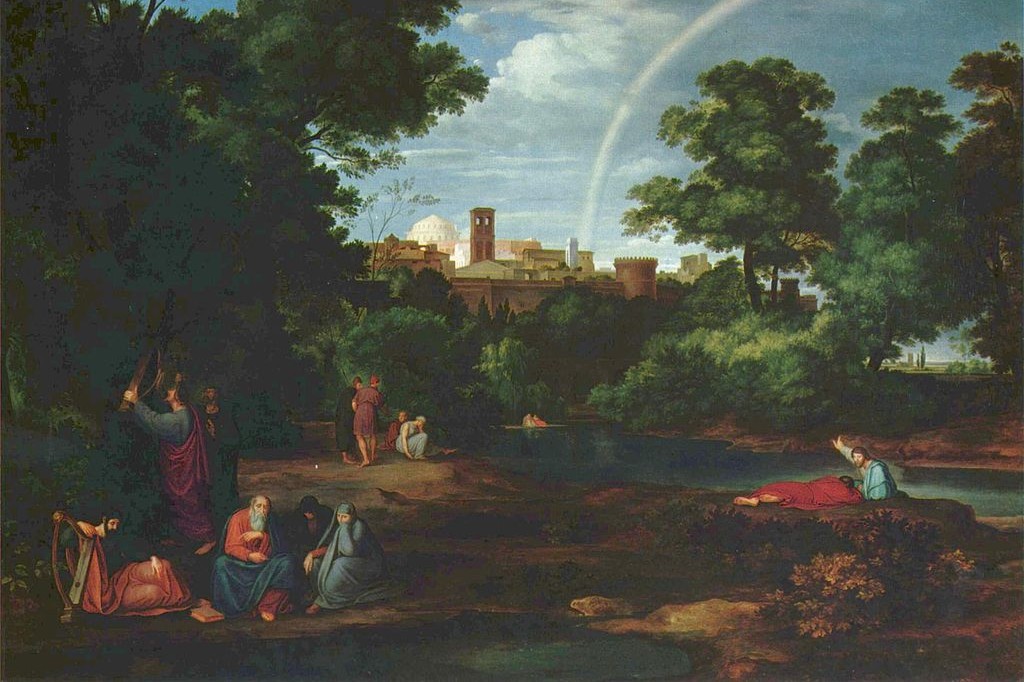 Have you ever reached out for something, over and over, only to find that it is just beyond your grasp? This hour on Harmonia, we explore music about loss and longing. The troubadour’s tale of unrequited distant love is paired with stories of having to leave one’s homeland, for one reason or another, expressed in melody and song. Plus, our featured release: Out of Italy, eighteenth century music for two cellos with Phoebe Carrai and Beiliang Zhu.