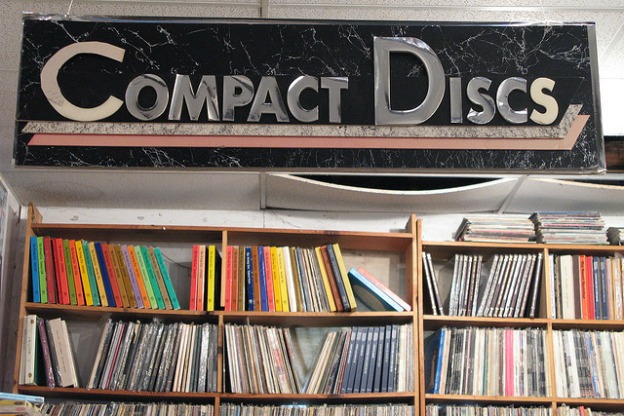 This hour on Harmonia, we’ve pulled together some of the recently released holiday recordings that have been trickling into our studio to offer you a sample of what’s out there.  (For additional ideas, beyond what is featured on this program, check out our Harmonia Holiday CD List blog post.)

Since 1990, Theatre of Voices has entranced its listeners with not only their performances of early music, but the entire span of choral repertory including contemporary compositions. Recently, they teamed up with Ars Nova Copenhagen to record music inspired by traditional “Lessons and Carols” concerts performed each year in England and around the world in preparation for Christmas.

Ensemble Organum directed by Marcel Peres originally issued a CD called Mass for Christmas Day in 1985, and it has been reissued for this holiday season, including music from the 13th century to 18th century.

In the Gregorian chant tradition, celebrants could sing four different masses for Christmas: one before the night office of vespers, one after vespers, one at dawn on Christmas morning and one celebrated at Terce, or around 9:00 AM.

The ensemble Grupo Canto Coral Buenos Aires has issued a recording of a live Christmas concert they gave in 2002. In it, they hoped to demonstrate the mixture of Spanish and native musical traits following the colonization of South America.

Many traditional Christmas carols come from the 15th century and earlier and were revived in the 18th and 19th centuries. For example, “What child is this” comes from the tune “Greensleeves,” which dates from the Tudor dynasty.

The Burgundian Cadence has a recording of Christmas music from Medieval England. By the time of Tudor Queen, Elizabeth I, these would have already been classics!

The Choir of Westminster Cathedral and the Parley of Instruments has released a CD of Christmas music both arranged and composed by Michael Praetorius. He did quite a few harmonizations of tunes that Johann Sebastian Bach would also set about a century later.

Our featured release is A Dutch Christmas by Early Music New York. This recording was originally produced in collaboration with the Metropolitan Museum of Art’s exhibit titled “The Age of Rembrandt,” and is the sixth in a series of holiday albums. It features both Latin songs, like “currite pastores,” and carols such as “Een kindeken is ons geboren.”