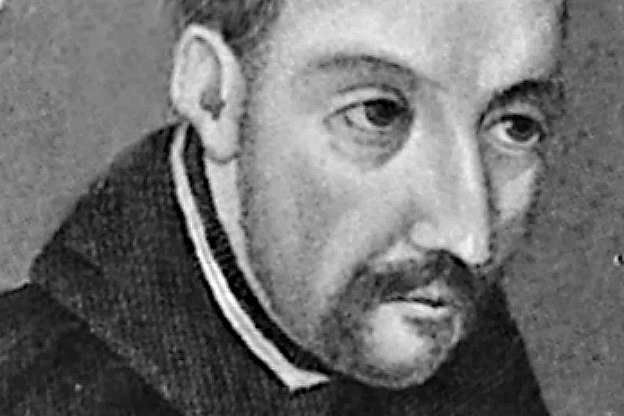 The vocal ensembles, New York Polyphony and Contrapunctus released new albums in 2013 for the BIS and Signum Classics labels, respectively. The programs for both recordings center on music written during the religiously and politically volatile 16th century in England, also including contemporary offerings, and music by lesser known and Portuguese composers.

One lessor known composer is John Plummer who's Missa Sine Nomine straddles medieval and renaissance musical styles. This mass is one of only a few works by Plummer that has been preserved—many more were lost and destroyed in the English Reformation. Plummer was fortunate, in that respect, to just miss the turmoil to come. His death in 1483 roughly coincides with the ascension of Henry VIII to the throne.

Religion and politics…church and state…these entities were inextricably bound. During the course of the 16th century, England vacillated between Catholic and Protestant rule—each side oppressing the other to various degrees when in power.

The protestant Queen Elizabeth was moderately tolerant towards Catholics; in 1563 she issued a series of Articles that retained some of the Roman Catholic traditions in the Church of England. In some cases, given special dispensation, she allowed Catholic mass to continue to be celebrated. But certain moderation could by no means be taken as a free expression of religion.

The composer William Byrd, was a Catholic sympathizer during this Protestant period in England. Geoffrey Williams, in his liner note for the New York Polyphony recording, points out a moment in the Credo of the Mass for Four Voices that he sees as Byrd’s defiant defense of the Catholic plight. Byrd writes a lot of complex imitative textures but suddenly simplifies the musical text setting on the word ‘Catholicum,’ emphasizing the word further by means of repetition.

Although the authorities didn’t really bother Byrd, he was closely associated with Jesuit priests, of who many were  tried and executed for treason toward the end of Elizabeth’s reign. Robert Southwell was one of these Jesuit priests executed in 1595. Byrd had previously spent a week with Southwell at a clandestine Catholic assembly in the countryside

It’s a poem by Southwell where New York Polyphony gets the title for their CD, Times Go by Turns. Speaking to a fraught Catholic community in post-Reformation Elizabethan England, Southwell writes, “Times go by turns and chances change by course; from foul to fair, from better hap to worse.”

It’s a different poetic text that Southwell is said to have recited at his execution: the Psalm text, Miserere Mi Deus, "Have mercy on me oh God." A motet setting of that Psalm by William Byrd is included on the Contrapunctus recording called Libera Nos: The Cry of the Oppressed.

The title track of the Contrupunctus recording-Thomas Tallis’s Libera Nos-is special because it is presented as a vocal piece. Often, the work is performed with instruments alone since only the word “Libera” appears in the manuscript; no other text follows. But, using the plainchant antiphon, "Libera nos, salve nos…' as their guide, Contrapunctus implements the piece for voices.

Release us, save us…in their program, Contrapunctus echoes this cry not only from England, but from Portugal as well.

For 60 years, the Portuguese were under the foreign rule of the Spanish Hapsburgs; hopes for their deliverance were directed towards the Duke and later King, John IV. Religious expressions found in the compositions of Portuguese composers like Pedro de Cristo and Manuel Cardoso can be seen as parallels to political hopes for independence, and references to a Divine savior as metaphors for hopes in John IV as a political savior. Let’s hear Pedro de Cristo’s Lachrimans sitivit anima mea, the text of which expresses the suffering of a long exile and the longing for a liberator.

We’ve come to expect contemporary music mixed in with early music offerings on NY polyphony’s recordings, and this latest version is no different. One of the contemporary pieces included is by the late Richard Rodney Bennett. His piece, “A Colloquy With God” is a musical setting of a 17th century text by the English poet, Thomas Browne.