Harmonia Uncut: Loftus and Lapin - Not a law firm!

Welcome to Harmonia Uncut, the podcast that brings you actual performances of older music. I’m Wendy Gillespie, and today we’re going to visit Montréal, Quebec, and Durham, NC to listen to two lovely chunks of live performance from back in the days of concerts. Needless to say, time travel is involved – so let us set the machine for Montréal in October of 2014.

The fortepianist Gili Loftus gave a concert at the Salle Bourgie in which she played a Chris Maene fortepiano copied from a c. 1795 Johann Walter instrument, a kind that Wolfgang Amadeus Mozart owned. Loftus is performing Mozart’sVariations on Salve tu, domine for us, which sounds ever so devotional until we learn that “Salve tu, domine” is the title of an aria from an opera by Giovanni Paisiello called “The Imaginary Philosophers.” What? Never heard of Giovanni Paisiello? Well, in his day, he was more famous as an opera composer than Mozart!

“The Imaginary Philosophers” is a satire about pretentious scholars, one of whom sings this aria to students in nonsense Latin, throwing in comical Italian asides – rather a different affekt than one might have assumed from the title:

That was fortepianist Gili Loftus performing Mozart’s Variations on Salve tu, domine of Paesiello at the Salle Bourgie in Montréal on the Jacques-Dansereau series in October 2014.

Now we need to move forward in time, southeast in direction, to February 2020 - in Durham NC and St. Stephens Episcopal Church.  The concert, entitled “Genuine George,” included music of Telemann, Handel, and Muffat.  The five-member ensemble “Baroque and Beyond” performed as part of the HIP Festival produced by Mallarme Chamber Players of Durham, NC

Georg Muffat, born about 100 years before Mozart, considered himself German, but he was of Scottish descent, and the family Muffat moved to Savoy in the early seventeenth century. Georg studied in Paris, probably under Lully, worked in Alsace, Prague, and Salzberg before going to Italy in the 1680’s, where he encountered Corelli’s practices. Now there’s a real European for you!

We’re going to hear Muffat’s only known work dating from before his Italian trip – a violin sonata in a single movement, composed in Prague in 1677 – and Muffat’s only extant autograph composition.

Oh, and speaking of crossing international lines, here’s a lovely connection: the Russian-born violinist living in North Carolina you’re that about to hear is a faculty member of the Ameropa International Chamber Music Festival in – Prague! Matvey Lapin is performing with cellist Chris Nunnally and harpsichordist Beverly Biggs.

Did that piece sound familiar? I suspect more people recognize the piece itself than the name of its composer. Isn’t it interesting how Muffat experiments with chromaticism in this sonata? One might be tempted to wonder whether the 24-year-old Muffat was trying to grapple with the temperament of keyboards playing with violins.

We heard Matvey Lapin, violin, Chris Nunnally, cello, and Beverly Biggs, harpsichord, performing Muffat’s violin sonata in D at St. Stephen’s Church in Durham NC, in February of 2020. It was the last concert for Baroque and Beyond before the world shut down.

But hey – music and musicians were around long before there were concert halls, theatres, museums, or even churches. One of the precious few things we can say for sure about the future of humanity is that music is not going to disappear.

Many thanks to Gili Loftus and Matvey Lapin for sharing their live performances with us, reminding us how different it feels to be present at concerts and how much we miss it, but also demonstrating that it is still possible to enjoy a wonderful performance even if one is not present.

We’re always interested in hearing your thoughts about this podcast. You can find Harmonia on Facebook, or leave a comment or question any time by visiting harmonia early music dot org.  This has been Harmonia Uncut, and I’m WG, thanks for joining me, now let’s all go wash our hands. 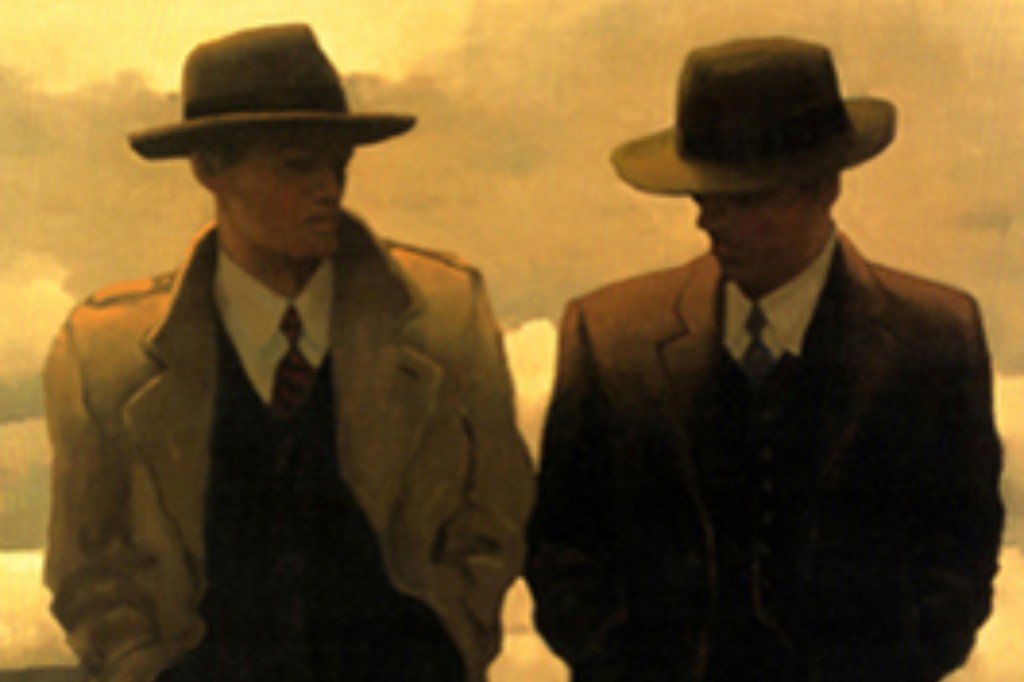 Despite the sound of the names, Gili Loftus and Matvey Lapin are not only not a law firm, but they are two unacquainted musicians whom we’ll hear in performances 6 years apart in Montreal and South Carolina, respectively. Harmonia Uncut brings you two performances from back in the time of concerts, one of Mozart, one of Muffat. (Mozart and Muffat is also not the name of a law firm!)