Welcome to Harmonia Uncut, the podcast that brings you modern performances of very old music. I’m Wendy Gillespie, inviting you to join to me to listen to a Montréal based group founded in 1991 called Infusion Baroque.

They won the Grand Prize and the Audience Prize at the EMA Baroque Performance competition in 2014. Infusion Baroque tries to incorporate other artistic media into their programs, too, though that is admittedly difficult to convey with only sound. They appeared in the Indianapolis Early Music Festival on July 14, 2017 in a program entitled “Italian Voyage” that featured Italianate composers of the C17 and early C18 who influenced all of European music.

Here, for example, is the Sinfonia to Alessandro Stradella’s 1681 oratorio La Susanna. This is an early incarnation of what later became the concerto grosso. Notice that it has four short but fully formed movements.

Francesco Geminiani’s 1749 Treatise of Good Taste in the Art of Musicke includes a trio sonata entitled “The Broom of Cowdenknows,” an intriguing contemporary crossover piece. Geminiani wants to demonstrate that even a good melody is not enough to communicate the highest degree of pleasure in concert, so he arranges the tunes into a trio sonata of two movements.

Geminiani’s trio sonata arrangement of “The Broom of Cowdenknows,” performed by Infusion Baroque. Let’s end our visit to Infusion Baroque with a classic Italian trio sonata, this one the tenth sonata from Archangelo Corelli’s Opus 4:

We heard Corelli’s Trio Sonata, Opus 4, Number 10, played by Infusion Baroque. The members of the Montréal based ensemble are Alexa Raine-Wright, b flute, recorder; Sallynee Amawat, b. violin; Andrea Stewart, b. cello; Rona Nadler, hpschd.  This performance occurred in July of 2017 at the Indianapolis Early Music Festival. Many thanks to Mark Cudek for making the recording of this concert available to us.

We’d be interested to hear what you think about anything you’ve heard on this podcast. You can find Harmonia on Facebook or leave a comment or question any time by visiting harmonia early music dot org and clicking on "Contact." This has been the Harmonia Uncut podcast, and I’m Wendy Gillespie, thanks joining me! 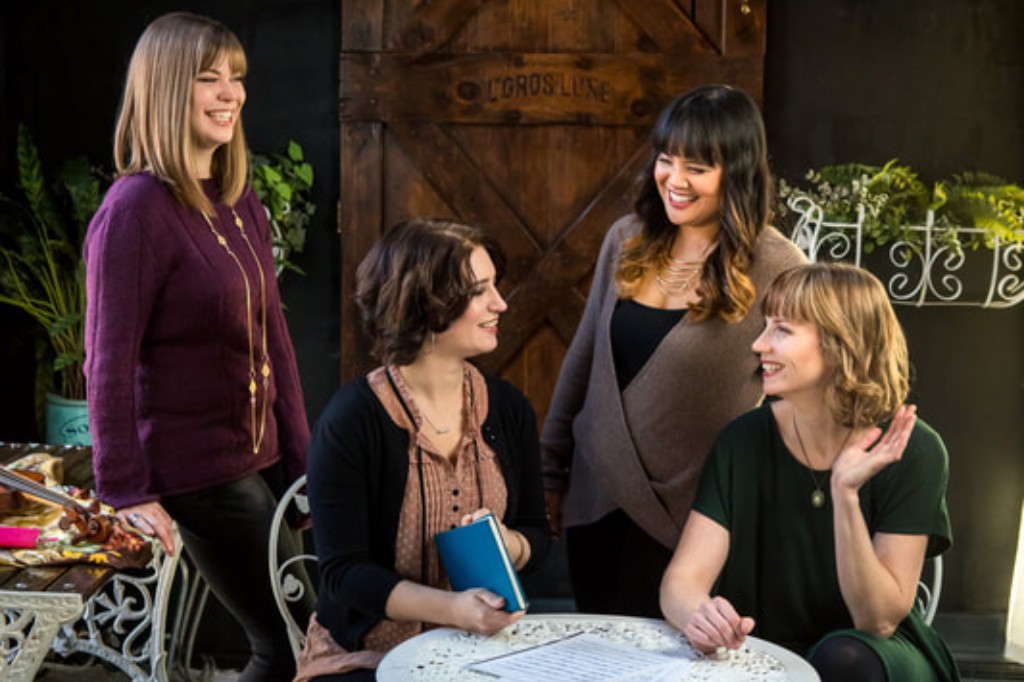 We'll hear music performed by Montreal-based ensemble Infusion Baroque from their program “Italian Voyage” -- a program featuring Italianate composers of the 17th and early 18th centuries -- recorded in concert at the Indianapolis Early Music Festival in 2017.

Infusion Baroque tries to incorporate other artistic media besides music into their programs, too, (though that is admittedly difficult to convey with only sound).