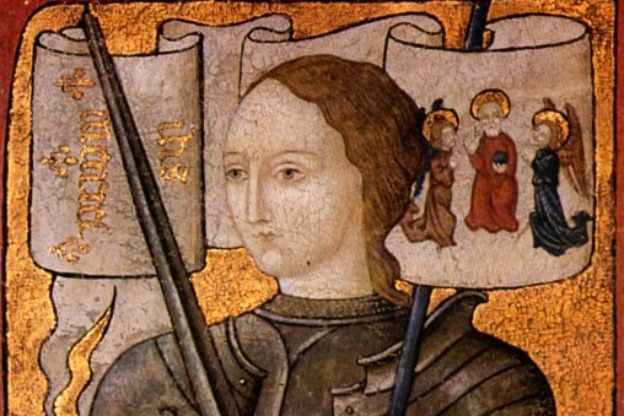 Eleanor of Aquitaine was born to the Duke of Aquitaine in 1122, and became Duchess of Aquitaine in her own right. But she would also become the Queen consort of France and England. She married the future king of France, Louis VII, and ruled France on her own while her husband and step-father were away fighting during the Second Crusade. Their marriage was eventually annulled on the grounds of consanguinity, or being fourth cousins.

Eleanor of Aquitaine became engaged to the Duke of Normandy, Henry Plantagenet, only eight weeks after the annulment of her first marriage. She would give him eight children before his death in 1189, two of whom would become kings of England. Her first son, Richard the Lionheart, left his mother to run England while he participated in the Third Crusade. Her third son, John, became king after the death of Richard.

During Eleanor’s life, she supported prominent literary figures, and many from that time commented on her extreme beauty. The troubadour Bernard de Ventadorn described her as "gracious, lovely, the embodiment of charm," and having "lovely eyes and noble countenance.”

Although not born into a royal family, Joan of Arc possibly became even more famous than Eleanor of Aquitaine. She was born in 1412 to a peasant family in France. She claimed that she was given guidance by God in her victories against the English during the Hundred Years’ War. Her victory at the Battle of Orleans led to the coronation of the French king Charles VII and a unification of French forces to push the English off the continent.  Eventually, Joan was captured by Burgundian troops and sold to the English. The English put her on trial for heresy where she was found guilty and ordered to be executed by burning; she was less than 20 years old. In 1920, Joan was canonized as a saint in the Catholic Church and became one of the church’s most popular saints. Today, Saint Joan of Arc is the patron saint of France, ridiculed women, and the Women’s Army Corps, among others.

The poetess Christine de Pisan spent most of her life in the court of the French king Charles V because her father was the king’s astrologer. Her writings expanded beyond just the theme of courtly love, or love of a nobleperson who does not return the speaker’s affections.  She also wrote a biography of Charles V, as well as works championing women in a time when that was very unusual.

Christine married the king’s secretary and began writing when her husband died just ten years later.  Most of her early poems have a theme of love lost. Her poetry became so popular that she developed admirers among some of the most powerful people in Europe. Her final work, Le Dite de Jehanne de Arc, was a celebration of Joan of Arc’s victories written two years before Joan’s death. This work by Christine is the only French-language work celebrating Joan of Arc that was written during her lifetime.

Music of Bernard de Ventadorn heard in this time capsule: