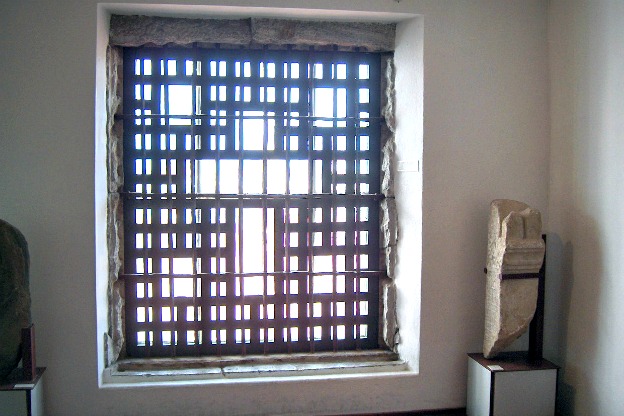 For much of the second half of the 17th century, Portugal and Spain were intermittently at war. It all started in earnest with a palace coup in December of 1640 during which the Duke of Bragança claimed the throne as King John IV, effectively restoring a Portuguese monarchy after sixty years of Spanish Hapsburg rule. But for the Portuguese to keep hold of their tenuous independence, it would mean 28 long years of war.

Portugal’s 1640 uprising against Spain occurred the same year that a baby girl was christened at the chapel of Santa-Maria in Beja, Portugal. During those decades of war, the baby girl, Mariana Alcoforado, grew up, became a nun, fell in love, and had her heart broken…

The town of Beja was situated in the south of Portugal near the Spanish border, and because of its location, became a home base for military operations. Convents were safe places where girls could receive a good education and take refuge from the war. Probably for these reasons, at least in part, Mariana Alcoforado went to live as a young girl in the convent of the Poor Ladies (Convento de Nossa Senhora da Conceição), though she wouldn’t take her vows until she reached the age of sixteen. The convent would have been glad to take her in since Mariana was born into a wealthy, land-owning family, and her father’s financial patronage to the Convent was no doubt needed and welcome.

Because of her family’s social status, Mariana likely lived into a convent house rather than a common dormitory. And, it was through the window of these private quarters that the 25-year-old Mariana is said to have first caught a glimpse of her future lover: Noel Bouton, a French nobleman and marquis of Chamilly.

Romantic liaisons in convents, while not accepted, weren’t as uncommon as you might think…especially for nuns who entered as children and who may have taken their vows more as a matter of course than as a calling. There are many tales of the intrigues of nuns and their lovers throughout history and in poetry and literature.  And so it was with Mariana.  Her lovely Bouton had been stationed with his troops in 1665 in Beja, and somehow the two met, perhaps through Mariana’s brother who was also a military man.  Between encounters, Mariana could gaze out the window of her convent fortress pining and dreaming of their next meeting.  But the clandestine and desperate relationship couldn’t last.  Bouton was a French officer on the move. And Mariana? Well, she was a women consecrated to God, and before long Bouton, perhaps fearing the consequences of his scandalous seduction of a nun, deserted Mariana and returned home to France.

As the story goes, it was with a broken heart that Mariana began writing letters to her lost love. In all, five letters depict the nun’s candid emotional journey through a passionate affair, once wonderfully consuming and then desperately disillusioning.  By the end of the fifth letter, Mariana resolved to be strong, move on, and give up her love for Bouton.

Mariana’s story and the five love letters bearing her name were an immediate hit with the public when they were published in France in 1669 under the title, Les Lettres Portugaises. Whether Mariana really wrote those letters is still questioned. Many literary scholars actually attribute the letters to an imaginative Frenchman named Gabriel-Joseph de la Vergne, Comte de Guilleragues, even though a real nun named Mariana Alcoroado did actually exist.  Authentic or not, the lover’s story touched more than a few hearts.  The Portuguese Letters were widely circulated with at least 245 editions translated into 13 languages after the first printing in 1669.