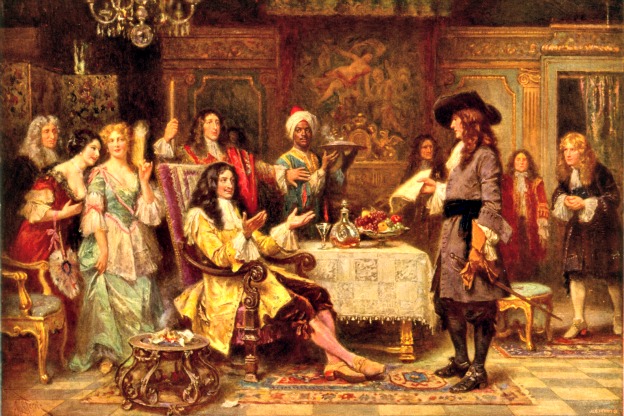 In 1681, King Charles II of England granted William Penn a large tract of land in the New World. The territory was named Pennsylvania, meaning “Penn’s woodlands,” with a capital of Philadelphia, the "City of Brotherly Love.”  The territory was meant as a safe haven for Quakers who had been persecuted in England, and other oppressed religious groups. Penn, a Quaker himself, welcomed settlers from diverse religious practices to Pennsylvania, promising freedom of worship. It was a step towards the first amendment right to the free exercise of religion.Yet Penn’s idea of religious tolerance did not mean that colonists of all faiths had equal rights; only certain segments of the population were permitted to vote or hold political office.

When William Penn planned the city of Philadelphia, he envisioned a "greene countrie towne" with wide streets and ample room for gardens, as well as plenty of open and public space. As part of Penn’s charter for Pennsylvania, he included instructions that in developing the new settlement, care should be taken to leave one acre of trees for every five acres cleared. Besides preserving trees, Penn also planted them, importing many fruit and nut trees and other kinds of saplings from England to grow alongside the native trees in the colony.

Interest in trees led to the foundation of a now famous arboretum. In 1700, a man by the name of George Pierce purchased about 189 acres of land (in Philadelphia) from William Penn.  Pierce’s twin sons, Samuel and Joshua Pierce, inherited the land in 1798 and turned it into an arboretum, stocking it with both American and more exotic trees. By 1850 the twins were nurturing one of the finest collections of trees in the country.  The property was eventually purchased in 1906 by Pierre du Pont, founder of the still-thriving DuPont company, and the arboretum came to be known as Longwood Gardens. Even today, Longwood Gardens maintains an impressive array of horticultural exhibits including Mediterranean and flower gardens, fountains, tropical greenhouses, and even a special children's garden.

Besides his love of gardening, Pierre du Pont had a great interest in music. As a result, the Longwood facility maintains a performing arts program and hosts an ongoing series that includes onsite organ and carillon concerts.

Traditionally, the English Quakers who first settled in Philadelphia didn't practice group singing or play musical instruments in their services, so the music scene in the colony had a slow start. But Philadelphia grew rapidly, quickly attracting a large and diverse population. As a result, much of the city's early music history is tied to sacred music from a variety of different religious traditions. Perhaps most influential in Philadelphia’s musical life were the city's German immigrants who began arriving around 1700. More than 20 editions of German hymnbooks were published in the colony, and by the mid 18th century, Philadelphia had become a leading center for music printing. One of the most significant colonial hymnbooks in English published there in 1761was called, Urania, or A Choice Collection of Psalm-Tunes, Anthems, and Hymns, compiled by James Lyon.

Music making outside the church usually took the form of private concerts in homes. But, in 1757, the first known public concert in Philadelphia was performed. Directed by a Mr. John Palma, the music presented was likely a mix of works by popular European composers of the time, and perhaps some pieces composed by Palma himself. Tickets were sold at the steep price of one dollar, and from record ledgers, we can be pretty sure that a military officer by the name of George Washington was in the audience.

Music heard on the time capsule: