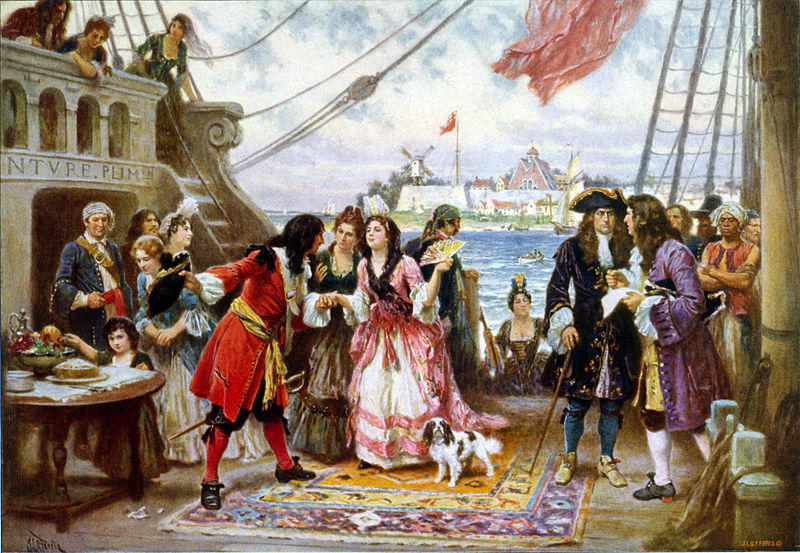 A nurse named Jeanne Mance founded North America’s first hospital on the Island of Montreal. Construction of the Hôtel-Dieu de Montréal began in 1688 for the newly established colony Ville-Marie. For two centuries, the establishment stood as the only French-language hospital in Montreal. Moved from its original location in Old Montreal to a site near Mount Royal, today’s hospital boasts a history of unprecedented medical work, including the world’s first kidney removal, the first femur transplant, and the first removal of a tongue and jaw.

In Scotland, a notorious pirate was born in 1645.  As a young man, William Kidd set sail from Dundee to a better life in America. After meeting his fortune in marriage to one of the wealthiest widows in New York, Kidd traveled back to England and took on work as a privateer. He was hired to travel to the West Indies, intercept French vessels, and seize French loot. During an expedition Kidd began an attack on an Armenian ship. The incident led him to be charged with murder and piracy on the high seas. Kidd was found guilty and hanged at London’s Execution Dock.

Grotius had lasting influence over international law through writings such as De Indis, or, “On the Indies,” and De Jure Praedae, or, “On the Right of Capture.” He argued extensively for the relevance of natural principles of justice. He also made contributions to theology, forwarding ecclesiastical reforms introduced by Jacob Armenius. Grotius drowned while serving as Sweden’s ambassador to France. On his last voyage, he was shipwrecked.  His body was discovered washed up on the shore of Rostock on August 28, 1645.

Born in Madrid, Francisco de Quevedo was orphaned at the age of six. He attended university at Alcalá de Henares, developing an interest in philosophy, theology, and languages. In 1601, Quevedo moved with the Spanish court to Valladolid. There, he cultivated his talent for poetry.  His sizeable output of poems on political, amorous, and satirical subjects earned him both praise and notoriety. The writer also gained the favor of Pedro Téllez-Girón, 3rd Duke of Osuna, and is believed to have been sent by the duke on espionage missions to France and Italy. In 1643, Quevedo resigned from the royal court. He succumbed to ill health at the Dominican convent of Villanueva de los Infantes two years later.

Another figure who died in 1645 was the Scottish composer Tobias Hume. Hume made his living as a professional soldier. In his leisure, he played the viola da gamba and composed numerous works for the instrument. These musical compositions were gathered into two collections: The First Part of Ayres, published in 1605, and Captain Humes Poeticall Musicke, published in 1607.  Hume helped promote the popularity of the gamba at a time when the lute was still preferred by amateur and professional musicians.