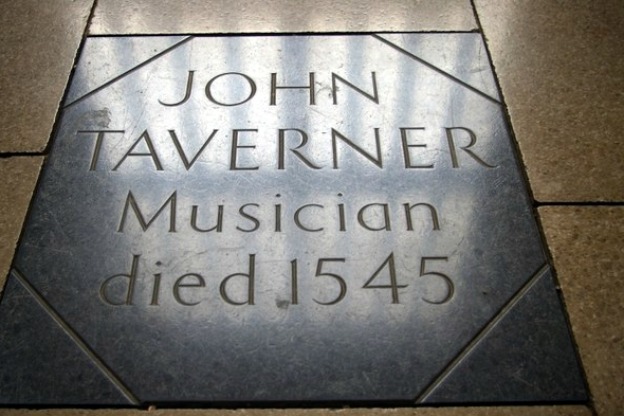 On December 13th, the first meeting of the Council of Trent took place as a reaction to the reformation movements taking place across Europe.  This council began just two months before the death of the famous reformer Martin Luther.  Over the eighteen years during which councils were held, numerous reform decrees concerning issues ranging from Original Sin, the Sacraments, and music for the worship service were issued.  These decrees constitute many of the most important reforms made in the Roman Catholic Church's history.

In northern Italy in 1545, Giovenale Ancina was born. Ancina studied at Turin University, where he developed into an accomplished scholar of medicine, philosophy, and rhetoric.  He graduated with distinction and was soon after invited to the university as a supernumerary lecturer.  Later, he left to work as a tutor and physician in the household of Count Madruzzi di Chalant.  Infused with the spirit of the Counter-Reformation, Ancina collected the day's most popular compositions and set them to new sacred texts.  He was acquainted with many of the leading Italian composers of his age, including Emilio Cavalieri whose Lamentations survive within a single manuscript in Ancina's hand.

In France, Elisabeth van Valois was born in 1545 to Henry II of France and Catherine de' Medici.  Elisabeth is remembered for her notably sweet and timid nature.  This seemed to charm her husband, Philip II of Spain, Philip's son Carlos, and the painter Sofonisba Anguissola.  Elisabeth's husband Philipp, though many years her senior, proved a caring and devoted husband.  He enjoyed hosting tournaments for her entertainment and remained by her side even while she suffered from smallpox.

The year 1545 also marks the deaths of composers Costanzo Festa and John Taverner.

The native Italian Costanzo Festa enjoyed a successful career in his homeland and left behind hundreds of Masses, motets, and madrigals.  He also composed numerous ingenious instrumental works (for example, no fewer than 125 variations on the well known tune “La Spagna”).  During his lifetime, Festa was employed by two members of the powerful family of d'Avalos; he also served Pope Leo X and “Renaissance man” Cosimo Bartoli and was a prominent member of the Capella Sistina in Rome.

John Taverner, arguably one of the greatest English composers of the 16th century, received his big break when John Langland, Bishop of Lincoln, invited him to him to be the first director of the cathedral choir at Christ Church, Oxford.  However, when Cardinal Wolsley fell out of favor with King Henry VIII, provisions for the choir ceased.  It is believed that the style of Taverner's compositions, a small but brilliant collection of Masses, motets, antiphons, and secular works, may have helped to bring about the Tudor vogue for playing viols in consort.  Unlike most musicians of his day, Taverner earned enough wealth and prestige to retire from his life in music and, in his final years, enjoy a contented middle class existence.