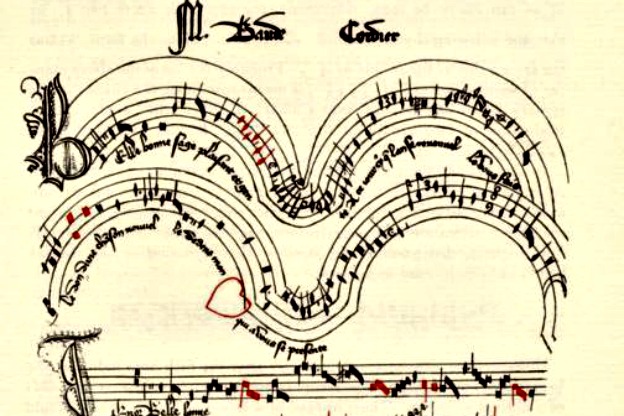 In Valencia, Saint Vincent Ferrer was born.  Legend tells that his father dreamt of a Dominican friar who foretold of Vincent’s future accomplishments and fame.  The friar’s prophesy was realized when Vincent began his classical education as a child and then took up the study of theology as an adolescent.  After becoming a member of the Dominican Order and earning a doctorate in theology at the University of Lleida, Vincent devoted himself to missionary work.  Deeply troubled by the Great Schism, and to combat his feelings of turmoil, Vincent traveled Europe for twenty-one years, preaching the Gospel and converting countless people to Catholicism.  He had a particular influence on members of the Jewish community, although he’s said to have brought them to the church through forceful means, such as the forwarding of anti-Semitic laws.

Meanwhile, in Gibraltar, Alfonso XI, King of Castile, León and Galicia, died at the age of thirty-eight.  Alfonso left behind a legacy of expansive military campaigns.  Succeeding to the throne of Castile while just an infant, Alfonso’s childhood was fraught with political division and disputes over the claim to regency.  However, after taking up full responsibility as ruler, the young king’s enemies were swiftly dispersed.  His forces consolidated, Alfonso went about expanding the borders of his territory to the Strait of Gibraltar.  Wars waged against the Moors earned him the title “Alfonso the Avenger” and “Alfonso the Implacable.”

In Lorraine, France, another combatant king died in 1350.  At the time of Philip VI’s death at the age of forty-three, France was a divided country suffering in the wake of the Black Death.  A third of Philip’s subjects were wiped out.  The resulting labor shortage had consequences that were played out in the successive struggles of the Hundred Years’ War.  From France’s confident entrance into the war, and Philip’s numerous naval victories, the country’s military success waned to its great defeat at the battle of Battle of Crécy.

Another instance of English victory over the French during the Hundred Years’ War was the Battle of Winchelsea in 1350. King Edward III commanded a fleet of fifty ships against a Castilian fleet of forty.  In the war’s initial years, Castilians fought as mercenaries of the French, employing piracy against the English at ports of trade.  At Winchelsea, these mercenaries prepared for attack just as Edward was relaxing on the deck of the Cog Thomas, listening to minstrels playing German airs and admiring the singing of Sir John Chandos.  Chronicler Jean Froissart, who was privy to the battle, wrote that, by twilight, Edward’s men had boarded the Castilian ships.

At court and chapel, music accompanying the Hundred Years’ War was being composed in 1350.  Numerous examples of French polyphonic works from this time period are found in the Codex Chantilly.  One hundred and twelve pieces survive, each a representation of the Ars subtilior, or “subtle art” style. Among the ideals of the new compositional “style” were contrapuntal complexity and the relation of one musical line to another via precise numerical ratio. Composers such as Magister Grimace, Baude Cordier, and Guillaume de Machaut helped set a new compositional “standard” by imbuing traditional poetic forms, or forms fixes, with their innovative and subtle musical ideas.