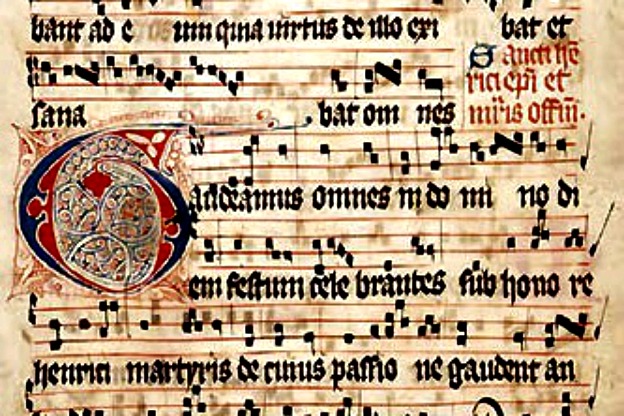 In this year, the Western church lost one of its most forward-thinking members.  Peter the Venerable died at the age of sixty-four at Cluny, where he was Abbot.  A veritable son of Christendom, Peter was dedicated to the church at birth and given to the Cluniac monastery at Sauxillanges. He helped alter Christian attitudes toward Islam, having gone to Spain to study with Islamic scholars.  He also defended the controversial theologian Peter Abelard and gave him refuge at Cluny. At the personal request of Abelard’s former lover and spiritual sister Heloise, after Abelard’s death, Peter granted him absolution from his sins.

Another prominent figure in the Western church died in 1156: The English cleric Henry who helped organize the early Church of Finland. Legend tells of Saint Henry’s murder at the hand of an enraged, axe-wielding convict.  Following his martyrdom, several miracles occurred.  His murderer supposedly lost his scalp after placing Henry’s cap on his head.  Other “lighter” miracles include the restoration of sight to a blind woman; the safe passage of sailors during a storm; and the revival of two dead children.  All of these miracles took place in Finland, so Henry remains one of the early Church of Finland’s most revered saints, though he was never officially canonized.

In other parts of the world, 1156 was the year of Willem I of Sicily’s naval victory over a Byzantine fleet at the Battle of Brindisi, and of a civil war in Japan, where the palace of Shirakawa-den was stormed by an army of samurai.

Near the Benedictine abbey of Saint-Gilles in France, a boy named Raymond was born in 1156.  Thirty-eight years later, the boy—grandson of Louis VI—would succeed his father as count of Toulouse.  Raymond VI was an effective ruler and statesman, but he ran into trouble with papal authorities and was excommunicated twice…In spite of a life fraught with political upheaval and military campaigning, Raymond is today honored in a painting on the ceiling of the Minnesota Supreme Court, alongside Confucius, Moses, and Socrates, each representing an aspect of law. Raymond is honored for ensuring civil liberties, tax exemptions, and the protection of communal territory from the church.