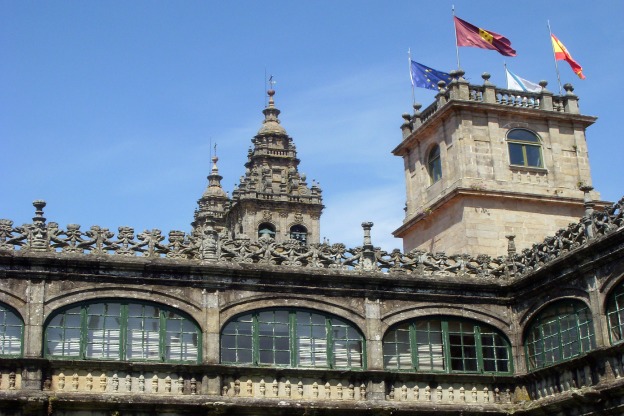 The ensemble, Ars Atlántica includes tenor Juan Sancho, guitarist Eligio Luis Quinteiro, and harpist Manual Vilas.  They perform music from the Guerra Manuscript on a 2012 Naxos release. Now housed at the University of Santiago in northwestern Spain, this collection of more than 100 pieces was copied by José Miguel Guerra—a scribe first employed by the court in Madrid in 1667.

More than 100 pieces are included in the manuscript. They are almost all solo voiced tonos humanos—or spanish secular songs often with poetic texts about the pleasures and joys of love, mixed with its inevitable wounds and frustrations.

Many of the pieces in the Guerra Manuscript are anonymous.  The copyist signed his own name, but never listed any of the composers. Luckily though, some of these works survive in other sources and from these duplicate copies, we can make some identification. Many are by Juan Hidalgo, a composer known mostly for his theater music and collaborations with the famous playwright and dramatist Pedro Calderón de la Barca.

The use of harp and guitar to accompany these songs makes sense. Composer Juan Hildago was in fact a harpist himself in Spain’s Royal Chapel, and the type of notation used to write the music for a couple of the works from manuscript are in a style specific to the guitar.

Juan de Navas, who was several decades younger than Hidalgo, was also a harpist, and is another identifiable composer for some of the pieces in the Guerra manuscript. Some of his tonos humanos can also be found in other Iberian and Latin American sources.