Gregorian Chant From The Thomas Gradual 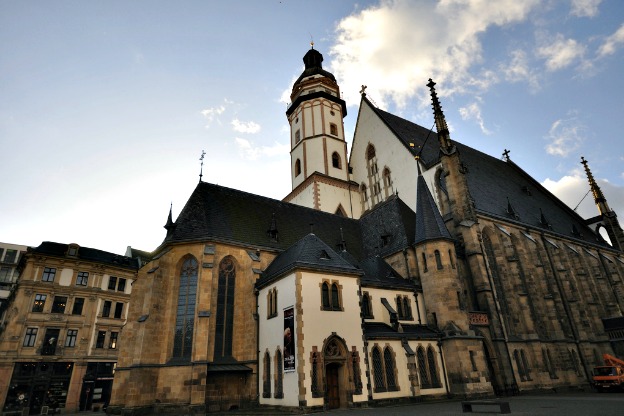 Music from the Thomas Gradual

Two fourteenth-century Gregorian Masses from the library of the Leipzig Church of St. Thomas have been recently recorded for a new CD by the ensemble Amarcord.  The two masses on this recording are both preserved in a manuscript known as the Thomas Gradual.

A gradual is basically a song book, or a book of Gregorian chants used during the Catholic mass. But, if you didn’t already know that bit of trivia, one of the nice things about this recording from the Apollon Classics label, is that the CD comes with a handy and wonderful informational book, laid out in an approachable interview format.  So, if you want to learn about the history of the Gradual, while enjoying a gorgeous performance, this recording really puts it all at your fingertips.

Of the two masses included on this recording, one is a mass for the dedication of the church, and the other is a mass honoring the apostle Thomas.  The dedication mass is the only mass where the Offertory music is supplemented by two extra verses. Sung as solos, these verses served a functional purpose in the mass. The extra music extended the length of the movement giving churchgoers time to bring personal possessions, gifts and offerings forward to the Alter during this part of the service.

The other mass included on this CD is a mass for St. Thomas.  Named for the patron saint of the Leipzig Thomaskirche, the Thomas Gradual was a book probably written and intended for this very church, and thus would have been a high point of celebration each year for the local parish.

And now that you’re thinking about Bach, here’s something to consider. The Thomas Gradual has some additions to the liturgy that are not really found anywhere else. One of these differences includes the addition of the word Altissima into the Gloria text. And get this! Bach also used the additional altissima text in his b minor mass. Since this addition is not part of the Latin Missal (and, by the way, not allowed in the Catholic liturgy), it seems likely that Bach could have used the Thomas Gradual as source material when composing his b minor mass.