Fretwork's Reinterpretation Of The Goldbergs 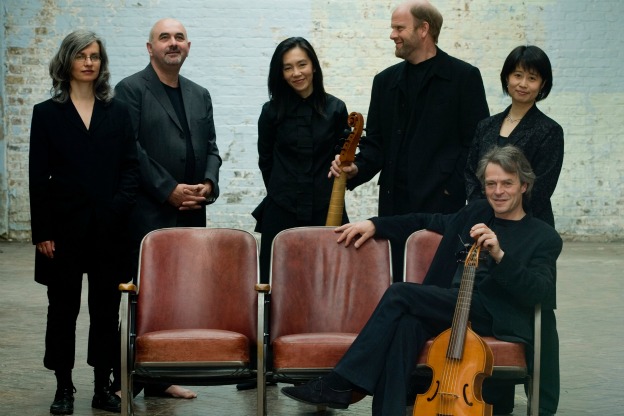 A few weeks ago, we featured a reinterpretation of Bach's Goldberg Variations in which pianist Lara Downes asked that contemporary composers create their own pieces inspired by the Variations' aria. Now Fretwork has also been inspired to create their own arrangement of the Goldberg Variations in their 2011 CD. Fretwork member Richard Boothby commented on some of the difficulties in arranging a keyboard work for an ensemble of string instruments, saying that some instruments like the tenor viol seemed to get left out because of Bach's tendency toward the extreme ends of the keyboard. But in some instances he dropped the melody an octave to be in the range of the tenor viol.