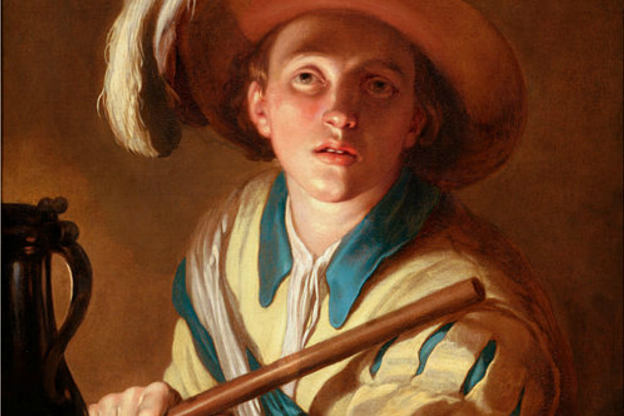 Early music performer Kate Clark specializes in historical flutes, and she plays three different flutes on a 2012 Ramee release called Au Joly Bois. The instruments used on this recording are period appropriate for the repertory. Three centuries of music are represented and Clark has a different flute for each. Lutenist Nigel North performs with Kate Clark on several tracks including Tant que Vivray, a piece by Claudin de Sermisy. For this piece, Clark plays a copy of a 16th c flute tuned at A=405.

Kate Clark and Nigel North appear together on another recording as members of the Attaingnant Consort, an ensemble that Clark co-founded in 1998. This disc, Le Parler et le Silence, released in 2013, focuses on the flute as a consort instrument during a time of musical transition.

Until about the 17th century, most composers were not in the habit of indicating specific instruments for their compositions; instruments including the flute, were used interchangeably within a consort to double and replace parts in vocal polyphony. But increasingly, composers began to write idiomatic music solely for instruments, and music-not necessarily based on vocal models-began to emerge. But the rise of instrumental music didn't come into its own overnight. Instrumentalists still played vocal music as long as it fit the range and capability of their instruments.