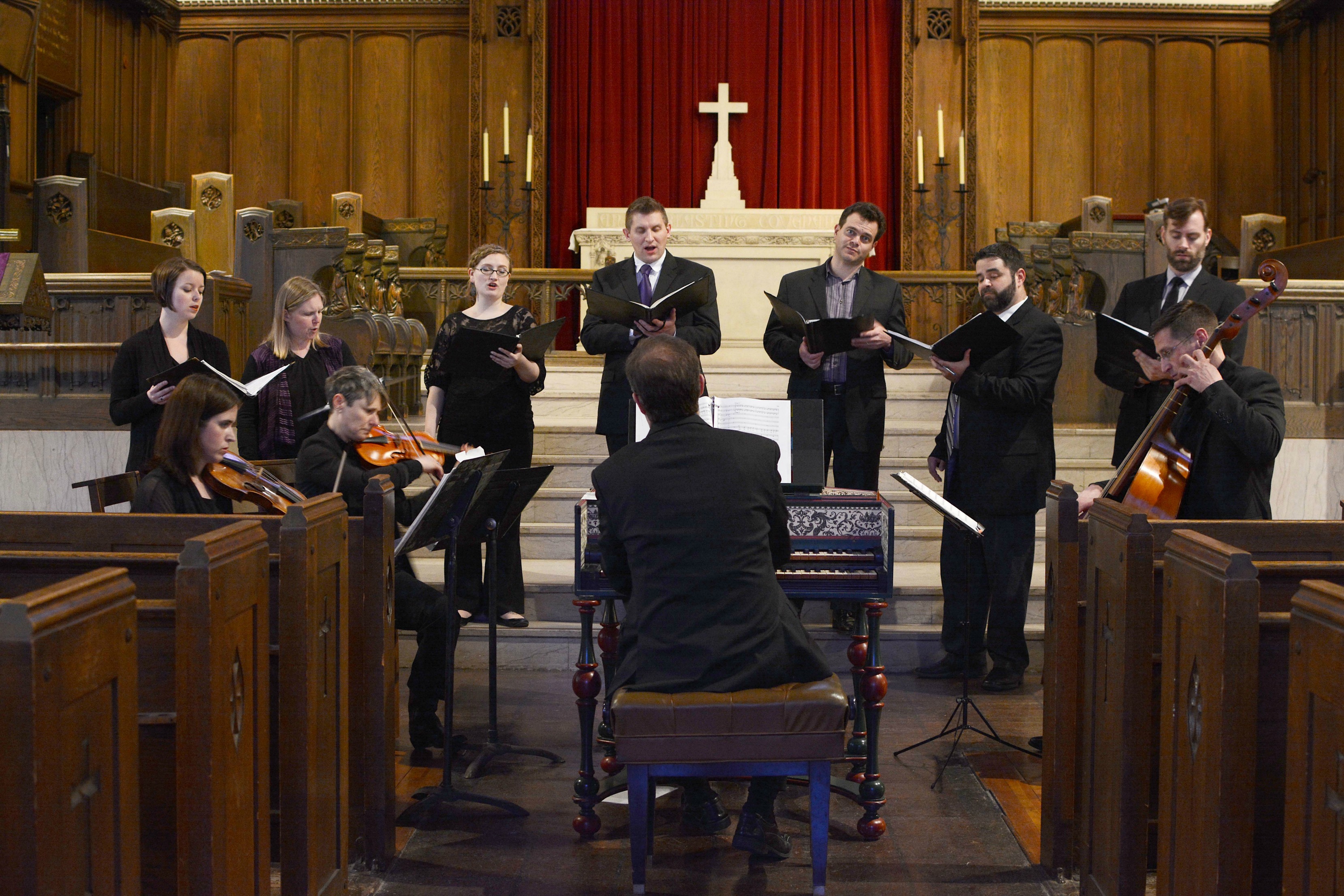 Two Boston based ensembles, Newton Baroque and Exsultemus, come together in a 2016 Toccata classics release of music for Vespers by Johann Caspar Ferdinand Fischer. If you already know Fischer's music, it is likely by way of his keyboard works. Â Much less attention has been given his sacred vocal works.

The office of Vespers has a long history. Â Traditionally observed at twilight, Roman Catholic Vespers services usually began with the call-and-response versicle Deus in adjutorium followed, by five psalms, each separated by an antiphon; the rest of the service usually included a hymn, and a Magnificat, and later a Marian Antiphon was added on. Â By the 17th century, Vespers expanded into elaborate services that together with the rise of various instrumental forms like the sonata, not only fulfilled religious function, but provided an outlet for the performance of purely instrumental music as well.

Fischer's 1701 Vespers publication includes not the standard five, but rather sixteen psalm settings plus two Magnificats. The implication is a choose-your-own-adventureÂ approach to service music within the Vespers format. In their version, Exultemus and Newton Baroque have imagined a service starting with an organ prelude, and then continuing as it should with Fischer's Domine ad adjuvandum. The rest of the disc unfolds with five psalms selected from Fischer's 1701 collection.

Vespers Psalms were typically heard in alternation with antiphons. Later, it became common practice to substitute purely instrumental works in place of the antiphons. Â On this recording, each Psalm is accordingly alternates with one of Fischer's 20 prelude and fugues-each composed in a different key-from his 1702 Adriadne musica. Â Bach was familiar with Fischer's Adriadne Musica, and it is very possible that the collection served as inspiration for his own Well-Tempered Clavier.

Continuo Organ Then and Now

On this recording, Newton Baroque director Andrus Madsen plays a 1989 tracker organ housed by the Boston area Church of the Redeemer. Â Refreshingly, this instrument, though not an historical organ (the liner note calls it simply, "baroque inspired"), is used not only for the solo organ pieces, but as the continuo instrument as well. Â This deserves mention. Â While small portable chamber organs were in use in the 18th century, most baroque era church musicians would simply have used the organ in whichever church they were employed. Â Singers, wind players and string players requiring keyboard continuo accompaniment would have adjusted as best they could to the pitch and temperament ofÂ the organ with which they performed.

By contrast, early music fans are probably used to the sight of small baroque organs that are wheeled on and off the stage for concerts. Today's period performers use these little continuo organs almost as a matter of course-and with good reason! Portability is an obvious perk, and these small instruments are also relatively easy to tune and adjust for the pitch and temperament the music requires. Besides, historical church organs in good repair are hard or nearly impossible to find! Nevertheless, small size also limits sound, and there is a certain richness of expression, dynamic and sound variety that simply can't be reproduced on small pipes.

The Vespers on this recording continues with a Magnificat and closes with a Marion antiphon, separated-per common practice-by a trio sonata by one Fischer's contemporaries, Johann Christoph Pez. Â Another, solo sonata by Pez is also included as a substitution of the Hymnus.